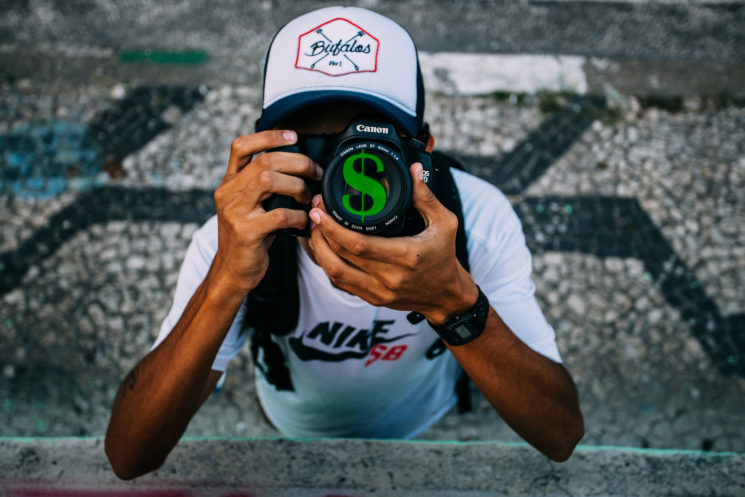 As we all know, photo gear is pretty expensive. And if you suffer from the so-called Gear Acquisition Syndrome, you’ve probably spent tons of money on gear so far. But, there are some clever ways to buy the gear you want but at significantly lower prices. In this video, Miguel Quiles gives you five clever tricks that will help you save thousands of dollars both on new and used gear.

Just like Pricewatch, there are similar websites but dedicated to different brands. For example, there’s Canon Price Watch for Canon shooters, Sony Price Watch for Sony shooters and so on. These websites scout the internet for great deals on new, used and refurbished gear.

All you need to do is enter the price at or below you want to buy a piece of gear and set the reminder. When the website finds a deal, you’ll get an email notification.

Another good way for buying gear is through online communities that usually have a “For Sale” section where you can buy and sell gear. Miguel recommends photography-on-the.net and fredmiranda.com, and he reminds you to always check the seller’s rating in order to avoid bad experiences.

Some big retailers such as Best Buy often have open-box items where you can save hundreds of dollars on brand new camera gear. A box may be missing an instruction manual, a USB cable or other small item – and it can knock off a few hundred dollars off of a product. Not a bad deal.

Many photographers use Amazon to buy gear. But you can save hundreds if not thousands of dollars if you use wishlists. Miguel likes to add gear to a wishlist and then occasionally check whether some of it is on a discount, and this method has helped him save a lot of money so far.

Finally, you can also buy gear at online marketplaces. It can be eBay or Craigslist, but nowadays Facebook also has its marketplace, you can use apps such as LetGo or OfferUp. Miguel uses Craigslist the most because it has the widest variety of gear, and there can be some amazing deals.

One thing to remember about all these methods is: patience is the key. It takes time for a great deal to appear, but when it does – use it.

Do you use any of these methods to buy gear? Miguel notes that buying gear from these sources has helped him save thousands of bucks so far. It could help you save money, too, so you can invest it in something else. Or in more gear. : )

Use these ten tricks to save money when buying camera gear

These are 5 simple and clever tricks every filmmaker should know

« The Nikon Z6 goes head to head with the Sony A7III with some surprising results
Are wedding photography competitions fixed? »