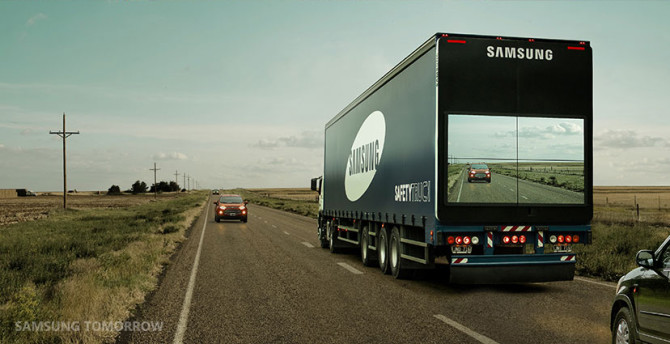 The rate of traffic accidents in Argentina is horrific; statistically speaking almost one person dies every hour, with 80% happening on roads and mainly while people try overtaking other vehicles.

While overtaking a sedan or SUV-sized vehicle can be a rather simple task, trucks are a different story. Due to their size, trucks are not only physically harder to overtake but they also block the view ahead for the drivers trying to pass them.

Samsung launched a prototype solution hoping to save lives in the country’s hundreds of one-way roads and eventually everywhere in the world.

Amazingly the solution could be extremely simple: the truck has a wireless camera mounted in the front and the footage is displayed on a screen on the back of the truck. 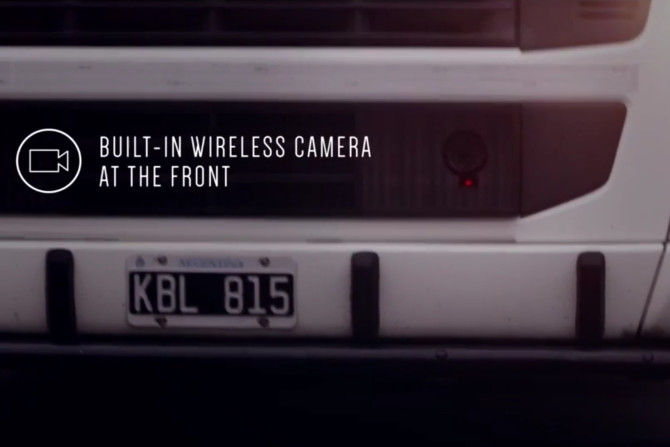 The video wall on the back of the truck, consisting of four external monitors, allow the drivers behind the over-sized trucks to see the road ahead of them and decide when it’s safe to overtake.

This will prevent cars from having to move into the opposite lane to “peek” and see if the road is clear, and the camera’s night vision mode makes sure the life-saving technology will continue to do its things around the clock, regardless of ambient lighting. 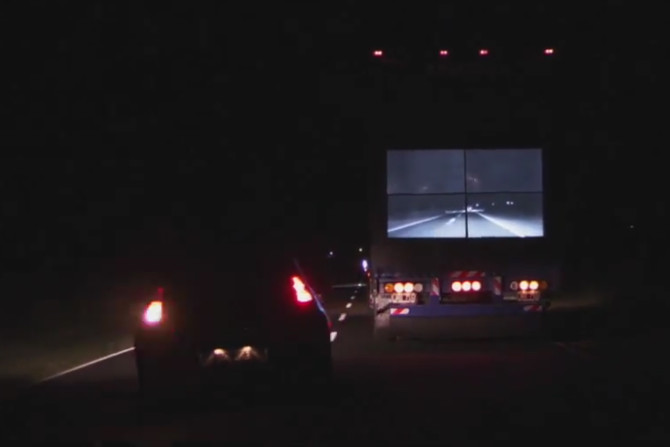 Works in the dark as well (Source: YouTube/Samsung)

The ability to see in front of the truck will also come in handy for those who aren’t trying to overtake and are simply driving behind it, in cases such as animals on the road, accidents or anything else that could lead to sudden braking.

Samsung’s official blog reports that the prototype truck is no longer operational, presumably due to the trial period being over. That being said, the company is moving on with the project as it has confirmed that the technology works and has faith in its ability to save lives.

“The next step is to perform the corresponding tests in order to comply with the existing national protocols and obtain the necessary permits and approvals,” Samsung said. “For this, Samsung is working together with safe driving NGOs and the government”.

Being a cheap and easy yet extremely effective solution, hopefully it won’t be too long before we start seeing these video screens all over the world.

Sadly, however, I have a feeling that when we do finally see the screen they will be displaying more commercials than roads. 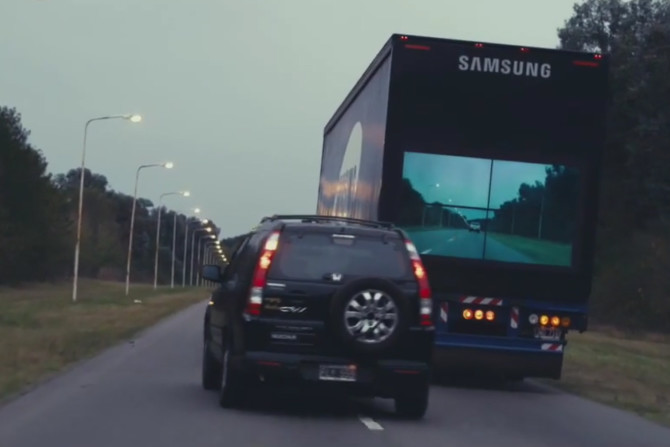 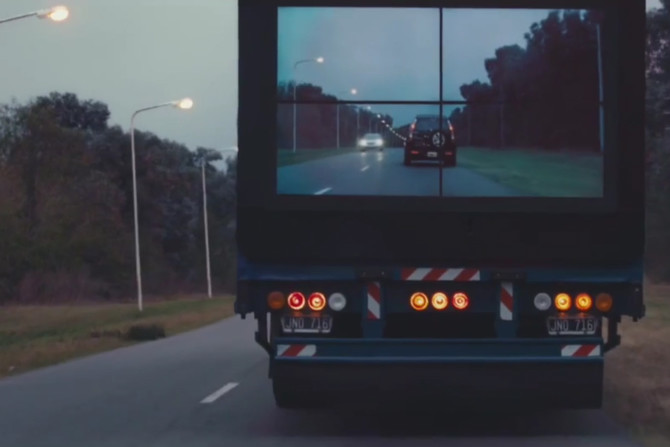 Useful even if you’re not overtaking the truck (Source: YouTube/Samsung)

This military truck will become a large format camera

« Sony: Canon Adopted Lenses AF Speed On Canon DSLRs And A7RII Is A Close Match
4-Year-Old Steals the Show with Her Own Kiss At Mother’s Wedding »