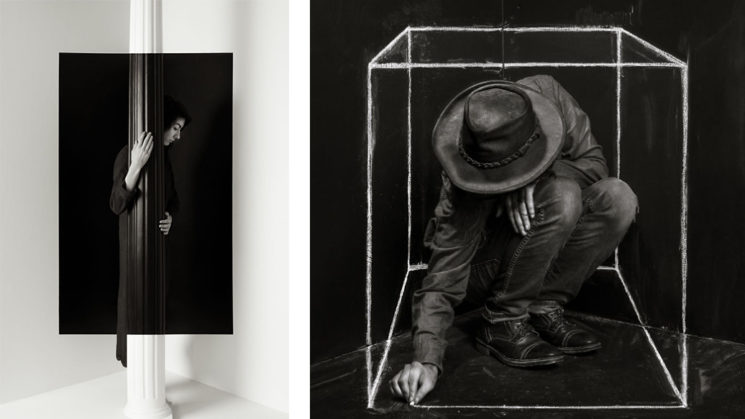 Most of us would think that creating images that look like they’re out of this world would take a lot of Photoshop magic. However, John Dykstra is an artist and surrealist photographer from Michigan who does it all in-camera. He uses his garage as a studio and adds simple props to create optical illusions and capture them in mind-boggling images.

I chatted with John a little about his work, as I was astounded by the images he creates. First of all, I was curious to know what inspired him to take this approach. Doing everything in-camera is certainly not an easy method of creating surrealistic images, and John confirms that it’s challenging to him: but in the right ways.

With Photoshop composites, there are practically no scenes or photographs you can’t create. You think, “I can pretty much capture anything I see in my imagination.” You are simply limited by your imagination. And that attitude towards photography doesn’t change at all with my approach, it just involves more creative problem solving. But the difference in the process is what makes it so exciting. When you have to capture all your visuals in camera, and don’t allow yourself to piece multiple photographs together during post-production, you tend to work a lot more with materials and you tend to become more inventive. It kind of pushed me into becoming an interdisciplinary artist, working with paints, drawings, practical effects, and what is essentially installation art.

Jon says that this problem-solving approach and the combination of techniques is what leads him to new ideas, pushes the limits and exercises the creative muscles of his imagination. But there’s something else that motivates him to create these incredible surrealistic images in-camera:

Then there’s my romanticization of creating a “real” photograph of an imaginary scene, and that keeps me pretty motivated to keep playing with this process. Making this kind of photography plays around with the eroding faith that people have in photography as a document of visual truth. A lot of people see my work and assume that its Photoshopped, or sometimes they think it’s a painting. I love how these photographs quite plainly show how quick we are to follow our first assumption. I also love the reactions I get when, after someone has been looking at the photograph in public, I inform them that this is exactly the way it looked through the camera. 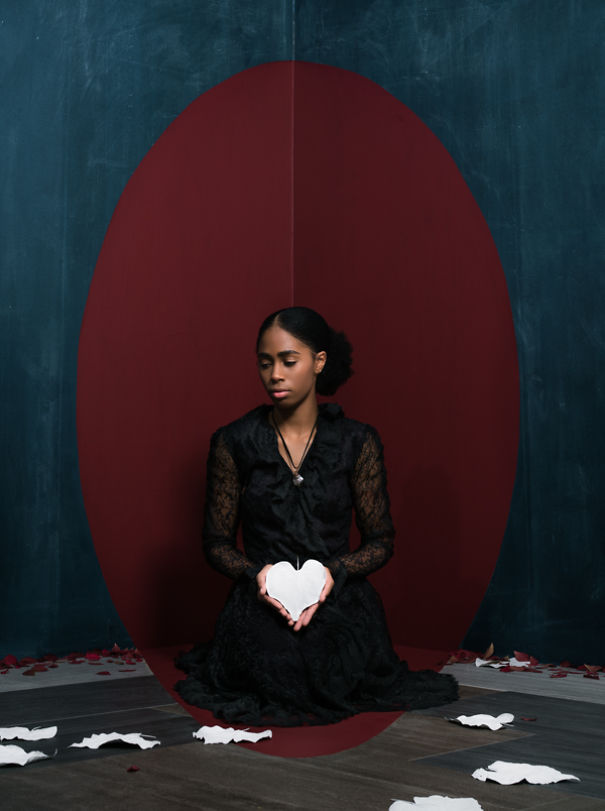 The artist says that we’re so used to seeing manipulated photography, that it’s hard to see such unusual photography and not assume it’s unaltered. And I tend to agree: most of us would assume that the photos like this were created in Photoshop, but as John puts it, “sometimes you can believe in what you see.”

As for his approach, John used to call it “concrete surrealism” or “straight surrealism,” because the approach was so evidently different from composite surrealism. He uses perspective illusions in photography to speak on the importance of perspective towards life. And he decided to capture all his ideas with practical effects while he was still in college, when a professor criticized his early surrealist work telling him “to try to avoid these Photoshop tropes.” So, John decided that if he was going to avoid Photoshop tropes, he might as well avoid Photoshop manipulation altogether. And this is when his work started developing towards what he creates today.

I think I missed the first three or four critiques that semester because I had no idea what to create. My first idea came to me when I thought about how our perspective can trap us, and how so many of our boundaries in life are illusionary. Combining that thought with anamorphic illusions lead me to the idea for Penalty Box, a self-portrait that depicts me as drawing the illusion of a box around myself in chalk. At first I tried drawing the illusion on paper, but that didn’t work at all. Then I remembered the work of John Chervinsky, who I discovered a month earlier just after his passing. He was using chalk on chalkboard to create these very interesting photographs, and I knew I had found the solution to creating my piece. I quickly built a small 8’ x 8’ x 4’ plywood stage in my parents’ garage—God bless them for letting me use that space—covered it with a pint of chalkboard paint, set up my camera, and then the magic happened. 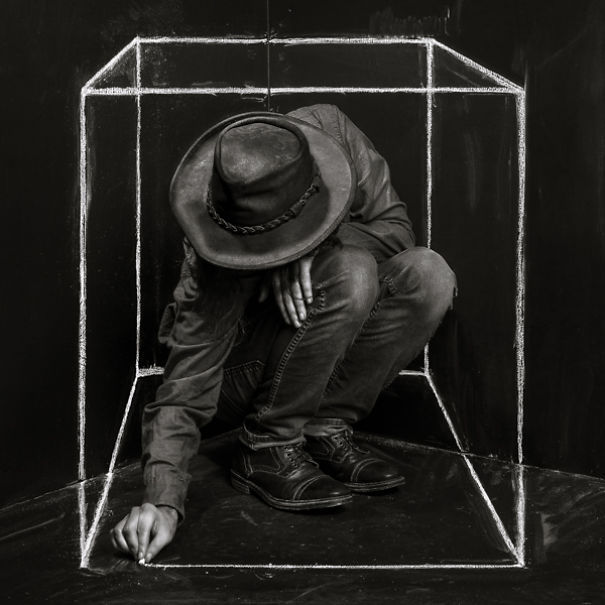 When he first looked through the viewfinder, John says he was amazed how it turned out. But, getting the shot right wasn’t an easy task.

While you were walking around the set, you could clearly see from any angle that the “cube” I had drawn was just a set of lines drawn on a surface, but when you looked at it from this one single point in space it all came to life; these flat lines just transformed to create this very three dimensional space. The room that I was allowed to pose in was incredibly cramped, and it probably took around thirty or forty frames to get my pose just right. My feet and back were aching from compressing my body in such an awkward way as not to let my hat or shoulder obscure the lines and ruin the illusion. But the final image was a complete success in how it depicted exactly what I was feeling and wanted to say.

Since these images are very complex and demanding, I was curious to know how much time it normally takes John to create one image. As I assumed, it takes a lot of time. But if you ask me, it definitely pays off.

It depends on the photograph, but typically it’s between 15-30 hours. The photo depicting the facade of a church took about 40 hours. Between finding the right angle, painting a ton of bricks with chalkboard paint, placing the bricks in the right orientation, lining up the chalk on the bricks in the foreground with the chalk on the walls, then painting the arch onto the walls, and using a remote trigger to photograph my hand coming out church, the hours really rack up. But I think that’s just the nature of the process, where you’re running back and forth from the camera to see if everything lines up, gradually making small changes at a slower pace to  In other pieces, I use a lot of chalk in some of my work, and chalk isn’t always easy to work with. It took me several hours to shade the cloud you see in the photograph with the balloon. In the future it shouldn’t take as long, as I continue to refine my process.

John’s photos combine drawing, photography and the use of props, and they require getting the light and the perspective just right to achieve the desired result. So I was curious to know – does he do everything himself, or he has some help. And I was amazed to learn that John does it all on his own!

I do everything myself, from coming up with the concept, building the stage, scanning Craigslist or driving around on garbage night to find free furniture and other props, drawing or painting the illusions, and even printing my own photographs. I don’t have much money to spare for help, and thankfully most of my friends will model for if in exchange for gas money. 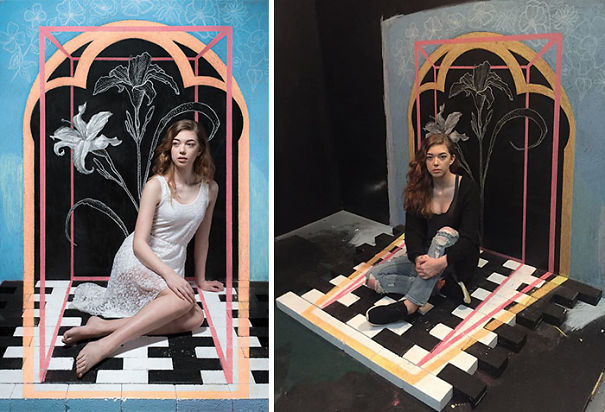 Finally, I asked John what gear and accessories he normally uses. His earlier work illustrates the famous expression that gear doesn’t matter because he used to shoot with a Nikon D7000 and an Alienbee. Today, however, he works with a medium format digital camera, three Einstein E640’s, several different fresnel lights, a fog machine, and some other knick-knacks that provide him with a lot to experiment with.

I was pretty much sold on the medium format digital camera, because my dream is to have a large format print exhibition where people can stick their noses right up to the prints and see for themselves that my work is unaltered. I also just love large prints!

While we’re at the large format print exhibition, I sure hope that John will have one soon. I can only imagine how amazing these images would look when printed large! But in the meantime, take a look at more of John’s images below. And of course, make sure to check out more of his work on his website, and follow him on Instagram, Facebook, and Flickr. 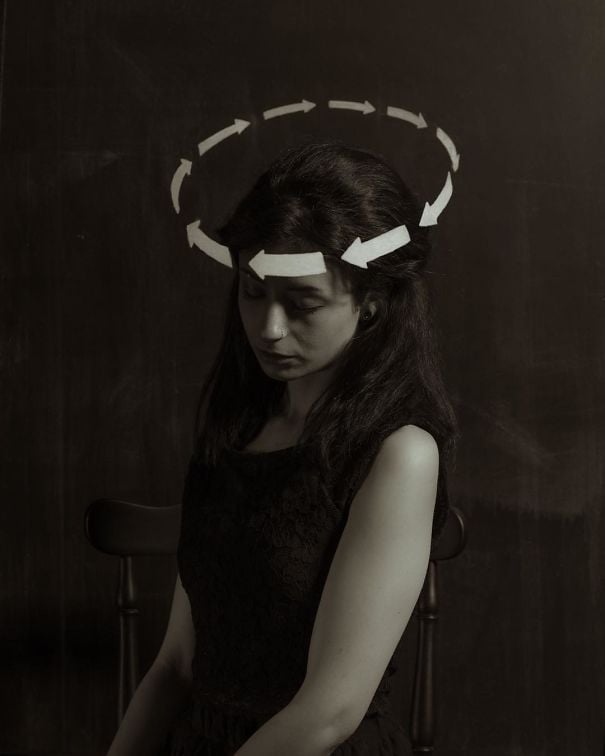 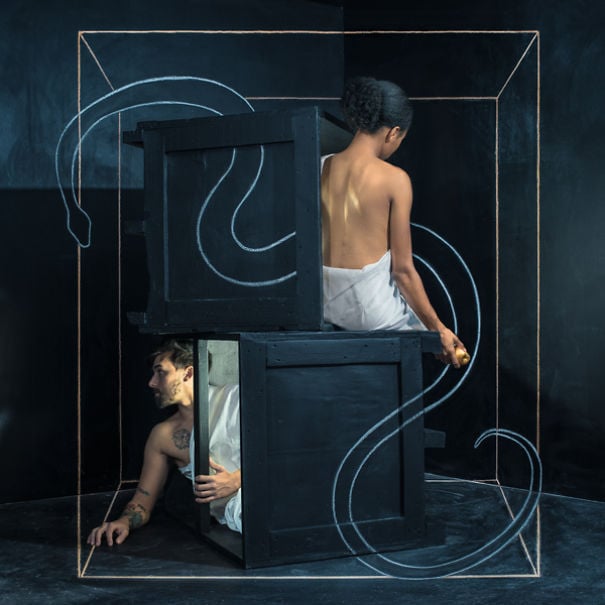 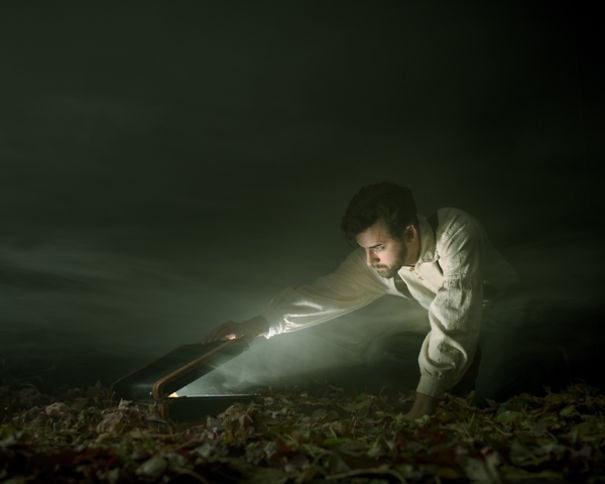 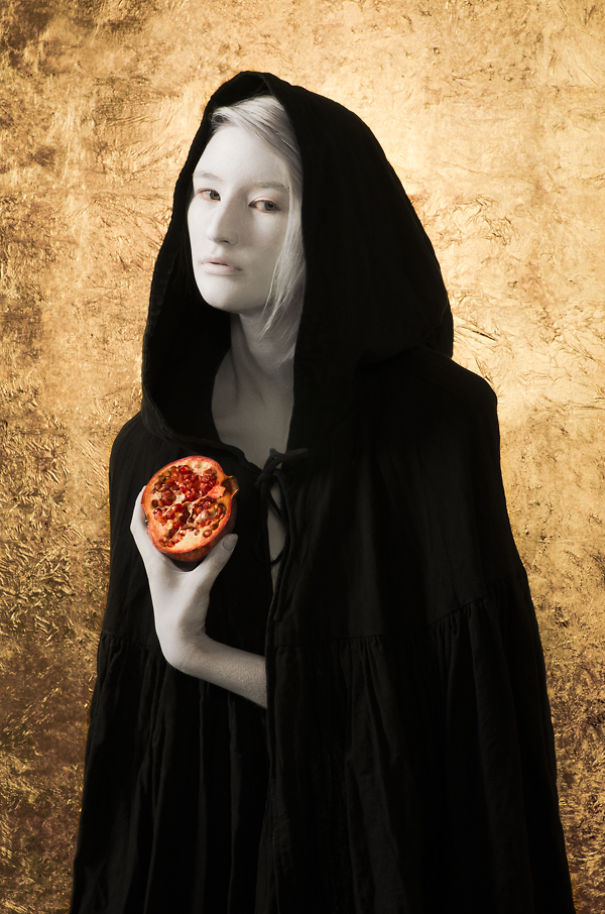 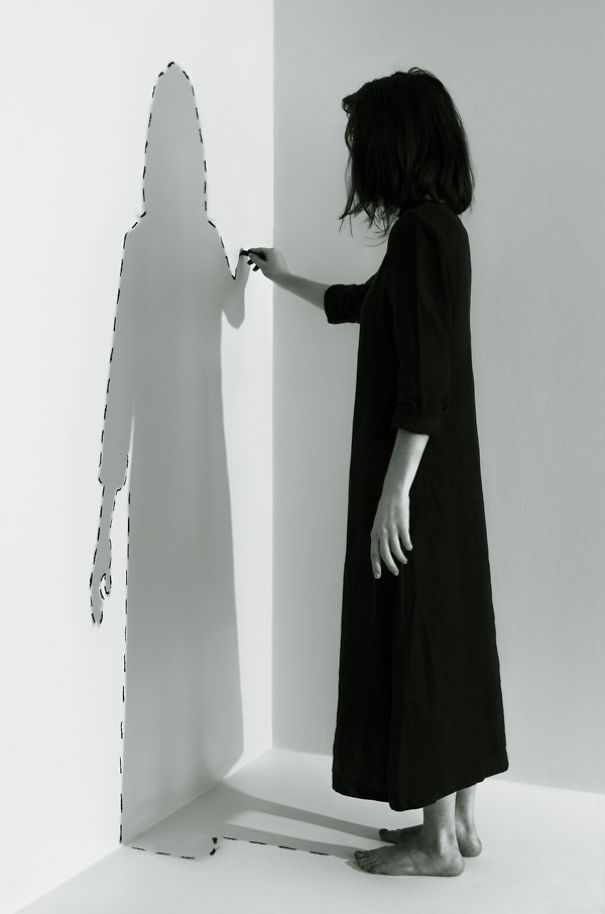 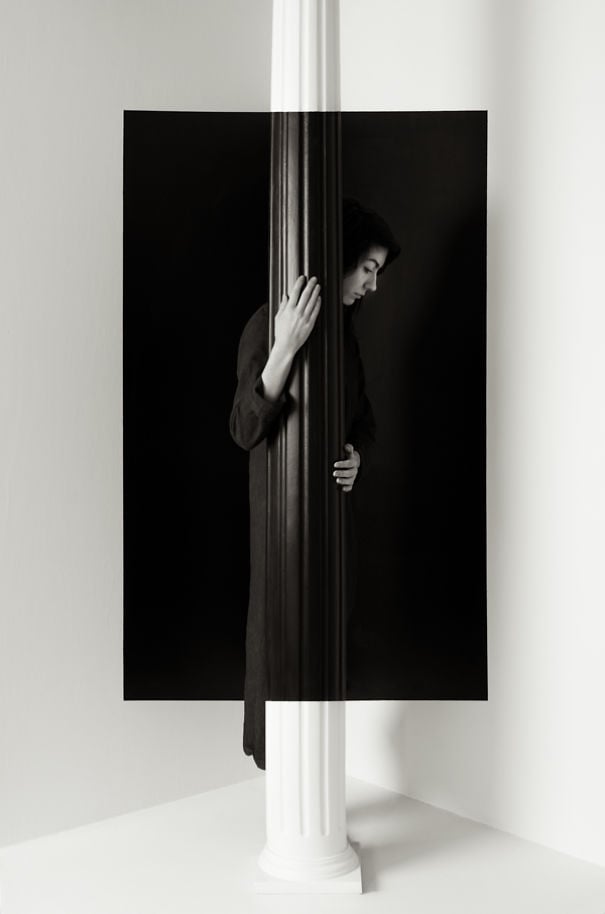 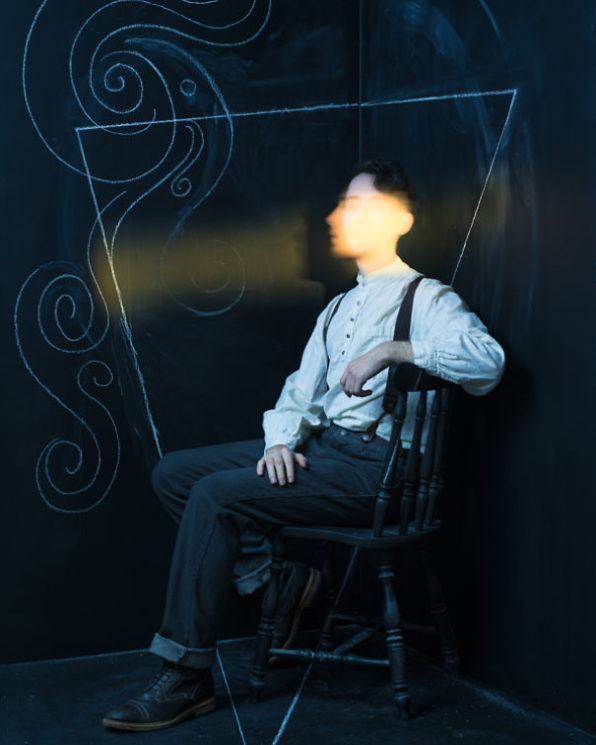 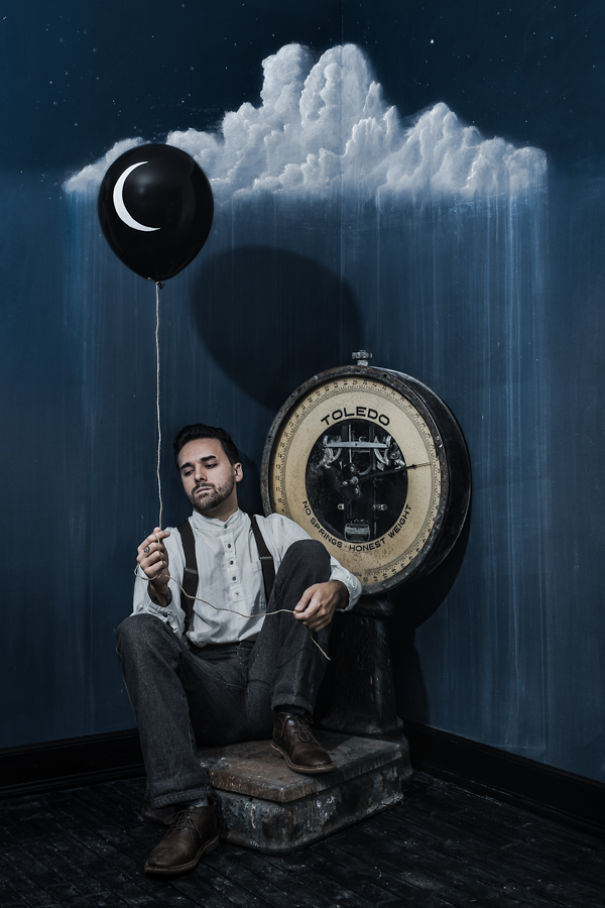