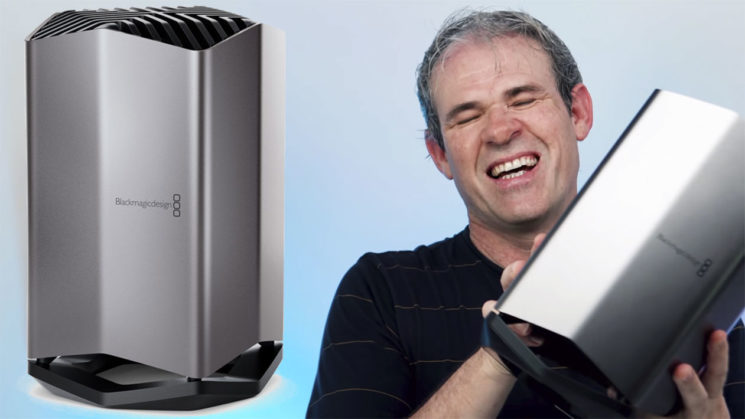 External GPUs have become a big thing for MacBook and other laptop users lately. With limited internal graphics, an external GPU can speed up your workflow tremendously – although it does kind of defeat the portability of it being a laptop.

The recently announced Blackmagic eGPU, sold exclusively by Apple, might not be the best option, though, unless you’re only planning to use DaVinci Resolve. As this review from photoshopCAFE shows, it’s not so great with anything else.

Unlike many other eGPUs on the market, this one isn’t marketed towards gaming, but more towards creatives. Photographers, designers, video editors, motion graphics and visual effects artists, etc. But that performance increase doesn’t seem to be applied to all software equally.

In fact, in Lightroom tests shown in the video above, using the eGPU actually showed worse performance than when just using the 2017 MacBook Pro’s internal GPU. When it came to Photoshop, the eGPU did help to improve performance, but barely.

Colin actually thought that the eGPU he had received might be defective or that the software wasn’t using it. But a settings check confirmed that it was. The next test, in Adobe Premiere Pro also didn’t really show any useful noticeable increase with the eGPU, either.

To be honest, it’s not that much of a surprise to me that a Blackmagic eGPU is tailored specifically towards Blackmagic’s software. They know the inner workings of both this device and their software. And I don’t think it’s really Blackmagic’s fault that other software doesn’t take advantage of it, either.

Colin, too, mentions in the video that he spoke to a number of software engineers at various companies who told him they had no idea Apple was about to release this device. They found out when the rest of the world did. So, they had no way to update their software to take advantage of the hardware or even check compatibility.

In the future, other software companies may start to support the new unit if it proves to be popular. Right now, though, it seems that it’s not worth it unless you’re using DaVinci Resolve regularly. But, by the time that happens, the hardware inside it might be obsolete. And it’s not upgradeable.

Mirrorless autofocus is Useless, unless…

« Follow these nine quick tips to raise your black and white photography to a higher level
These surreal photos play with your mind, and they were created entirely in-camera »