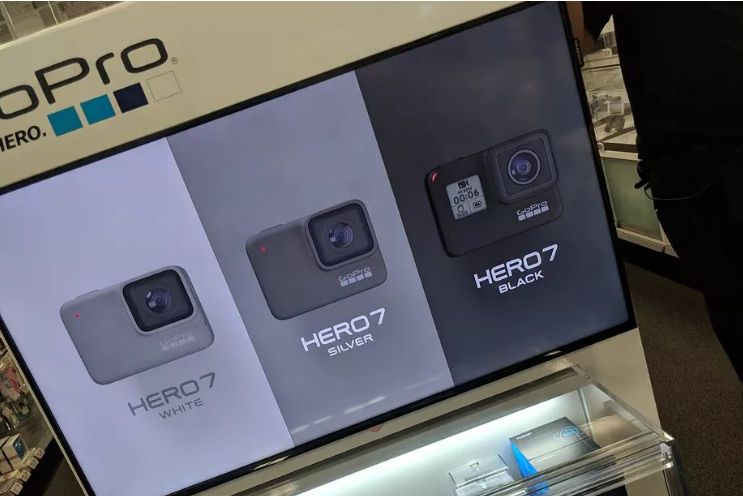 Although we aren’t supposed to see the upcoming GoPro Hero 7 until later this month, a recently leaked set of photos gives us quite a good glimpse at the camera. A store display shows three variants of the new action cam, and it appears that only one of them will have the front-facing display like its predecessor.

The set of photos were published by a Reddit user, with a link to an Imgur gallery. The gallery has sadly been removed later, but here are a couple of images we managed to pick up on Twitter:

As you can see, the camera will have the recognizable design. Some of the features are also familiar from earlier models, such as being waterproof up to 33ft (10m). GoPro Hero 7 will come in three color variants: black, silver and white. However, only the black version will have the front screen like the Hero 6 before it and the budget-friendly GoPro Hero, which was also launched this year.

As for the other features, it’s not clear yet how the GoPro Hero 7 will outperform its predecessor. According to Engadget, what might make you buy the latest action cam is “gimbal-like” stabilization: reportedly, the GoPro 7 will get to shoot smoother videos than the GoPro 6. However, there’s no word on the other specs and improvements of the upcoming model. I guess we’ll wait and see until the official announcement, or until there are some new leaks. Either way, we’ll keep you updated.