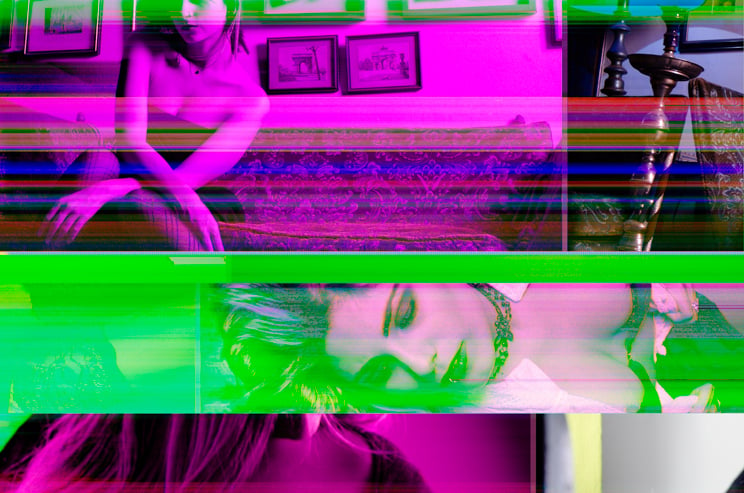 I’ve always had bad luck with portable hard drives. Over the years I have had failures with several brands and models that today I have almost everything in the cloud for more security.

The last time this happened was a couple of months ago, one of my backup hard drives became corrupt, I took it to the tech and they gave me a very high budget that at the moment I could not afford to pay. As a photographer I’m not a very good computer technician, I do not know much about recovery software but a friend who is quite geeky suggested that I run a program called Wondershare Data Recovery on my other backup discs to see if I could rescue some of those same files that they were previously stored there before being transferred to the disk that was damaged.

So, for several days, I ran the program on all my hard drives, memory cards, even on the hard drive of my laptop. Many files were recovered but I soon realized that unfortunately most of them would not work for me since they presented “Glitch”, which is a mistake of interpretation and representation of digital data quite common in the video, audio, and photographs. 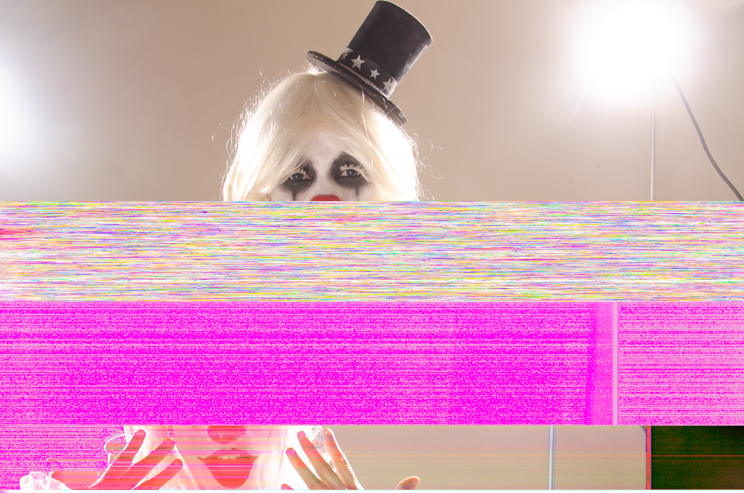 I carefully checked the almost eight thousand raw files, they were messy, with mixed names. I noticed the presence of the typical Glitch: intense colors of pink, orange, blue, green, very saturated and textures with lines and stripes, images combined with photos from other shootings.

I was very sad, at that moment my desire was to throw everything away. I still hoped to be able to rescue at least two or three photos of each photo session.

Suddenly this image hit me. It had the glitch but I saw it calmly and I thought it was not quite ugly. It had a strange aesthetic, it looked like the banner of a DJ or some electronic music party.

I definitely liked it and decided to look calmly at the photos that had the same effect and separate the ones I liked the most in a separate folder. So I put together a little more than 400 photos. 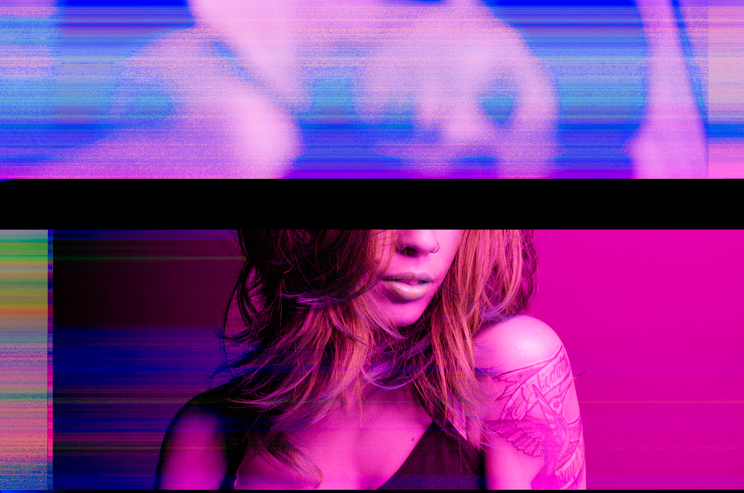 I am mainly a portrait photographer, so the images that I liked the most were the faces of beautiful models with that strange random digital look. I liked the idea that in the same photo faces of two or even more models were combined that have nothing to do with each other, they don’t even know each other, and were originally taken on completely different dates but in the end, they look a bit similar in expression and intention.

I ended with approximately 100 images that when viewed as a series I find quite interesting, with an aesthetic very different from what I have always done as a photographer. In my work, I always use desaturated colors and dark themes. These Glitch images propose much more vibrant and intense colors, and a kind of futuristic techno feel that is very fun and refreshing. 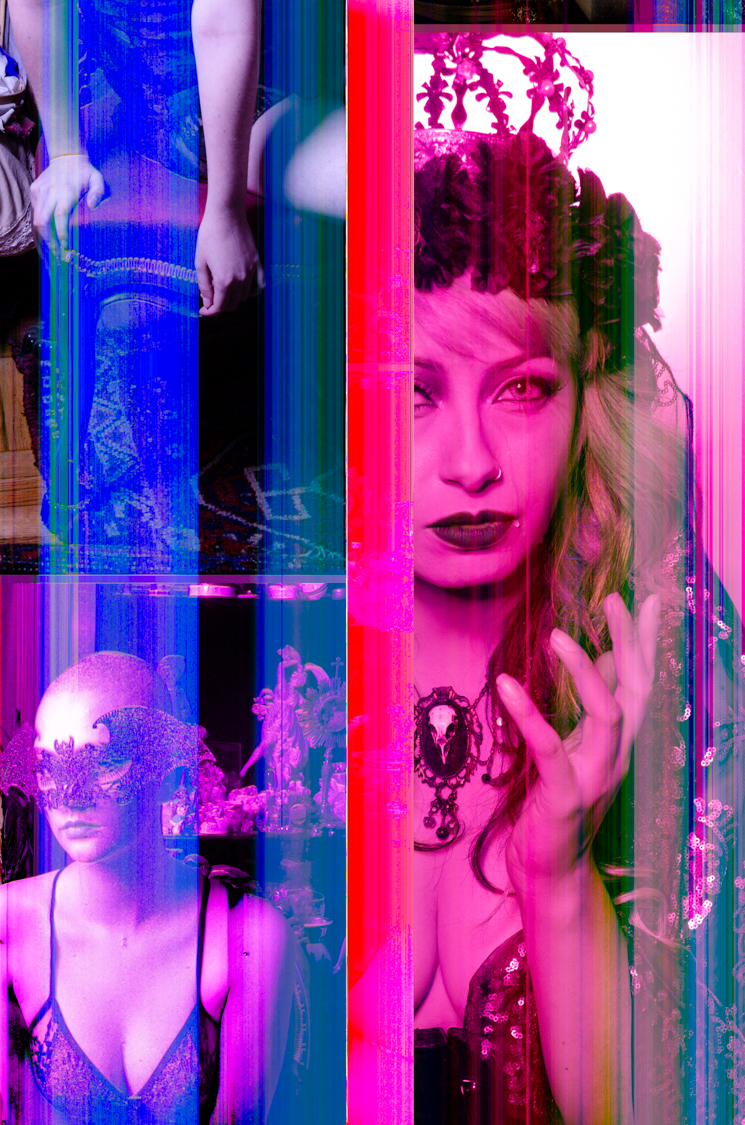 I really do not know if I have any merit in making a series like this, because the effects and the finish is the product of a poor process of digital recovery, however I can recognize myself not to have allowed the frustration and sadness of losing my files made me throw everything away, and be able to create an interesting series within all that chaos.

Finally, most of the photos in the series are as a result of the recovery, but in some of them I made a collage or combined with others that were not so interesting or aesthetic.

I am happy with the result, the models loved them! People have liked it and have even suggested me to make an exhibition with them narrating this experience. I imagine they will look amazing printed on metallic paper!

I feel fortunate and above all, I am encouraged to think that when problems like this occur, not everything is lost. The next time you mess up your hard drive, remember that there can be amazing photos with the glitch in there! 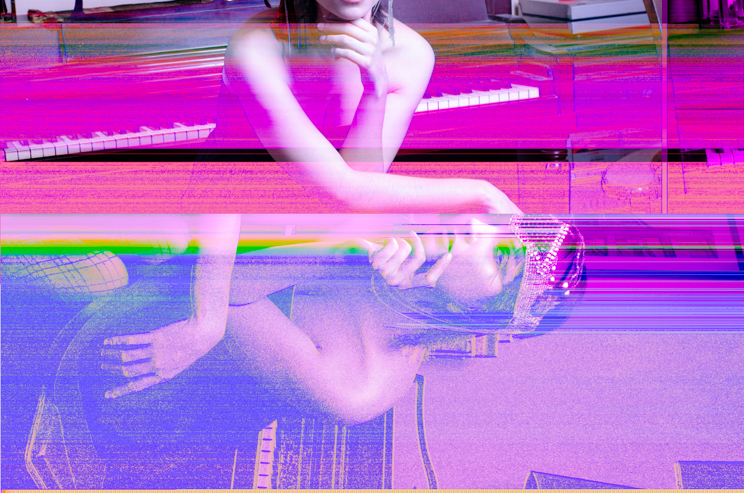 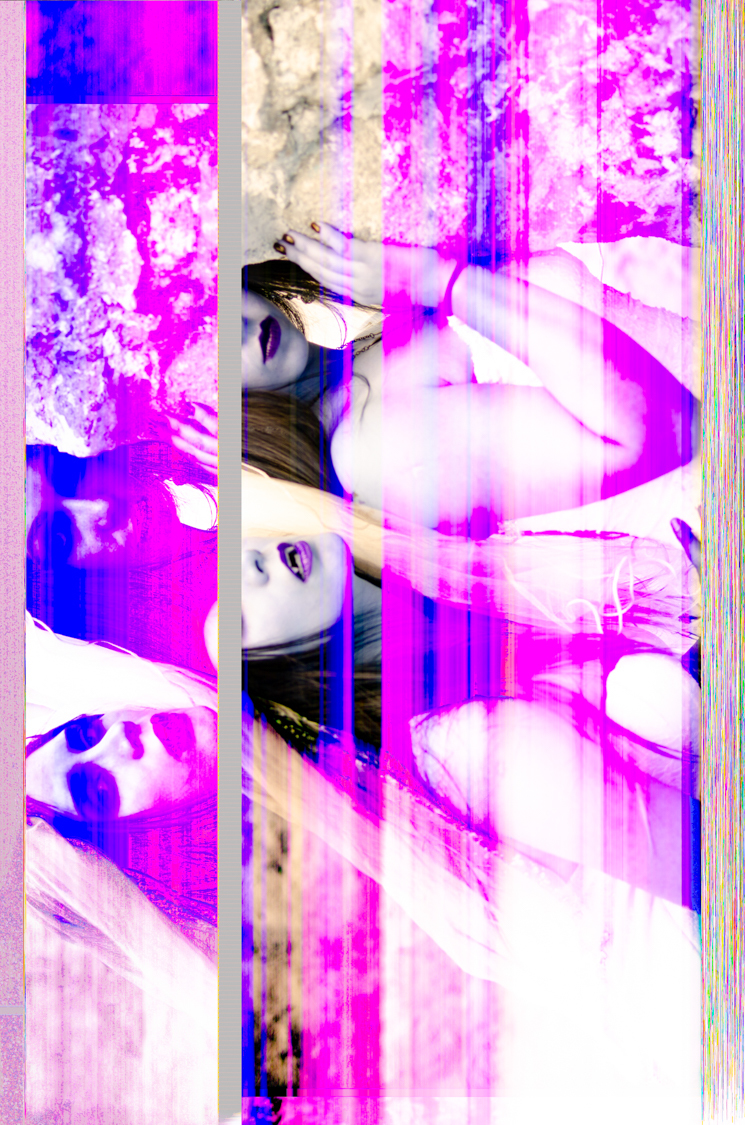 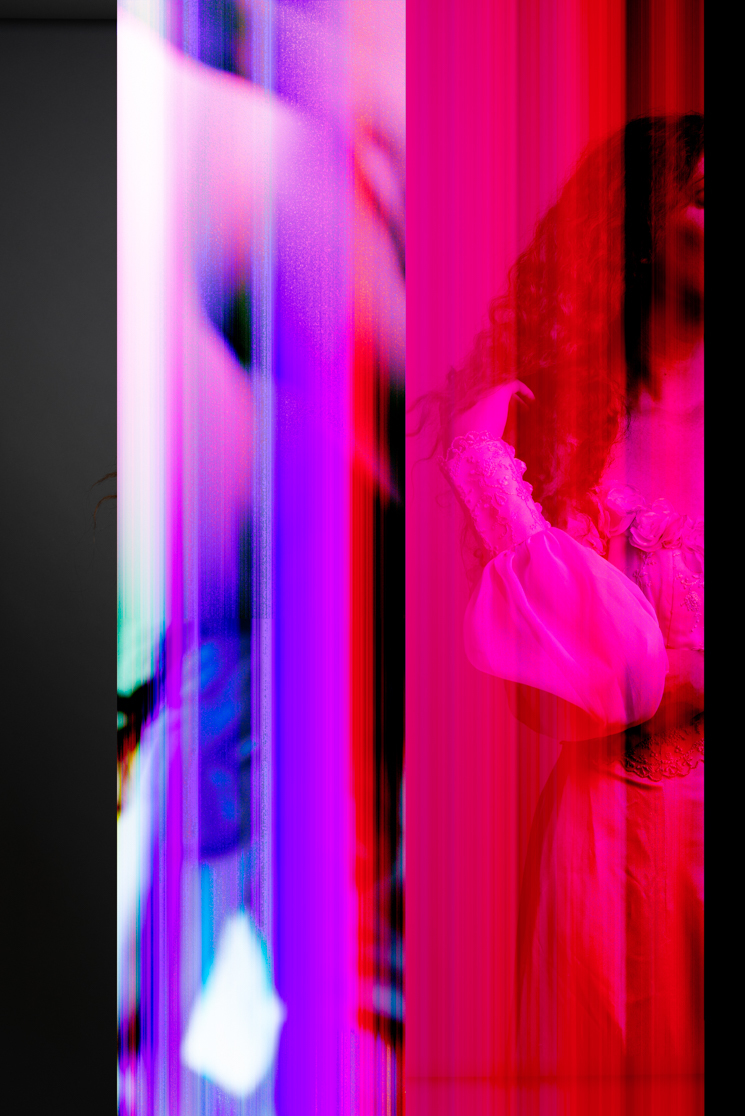 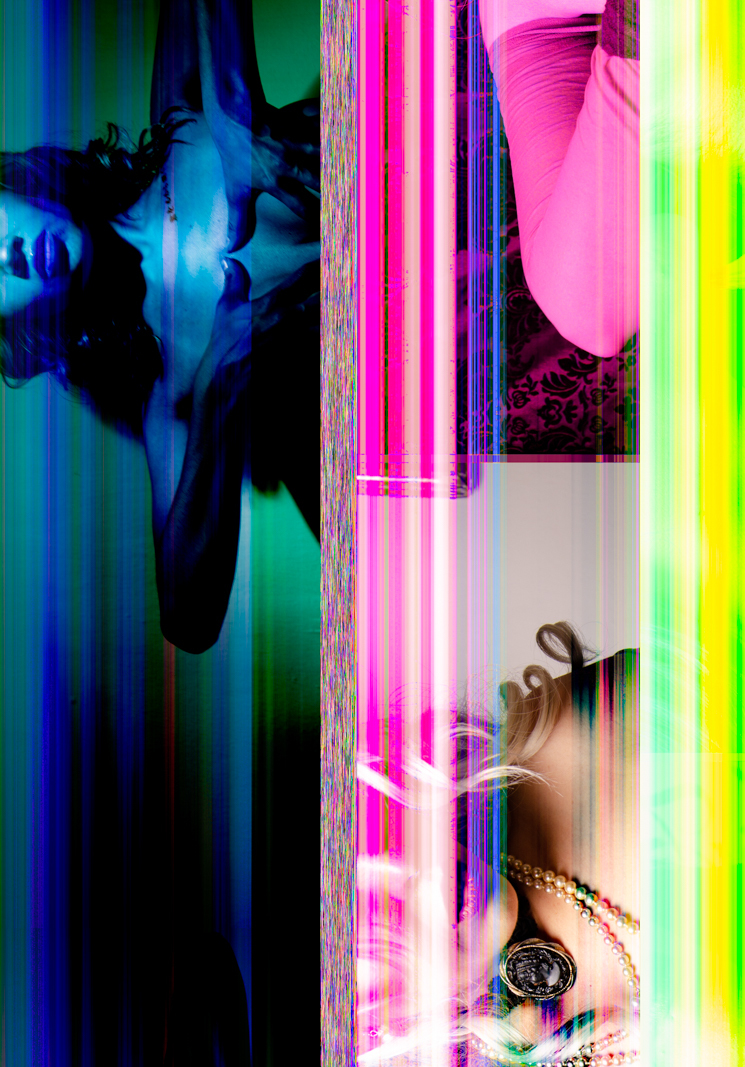 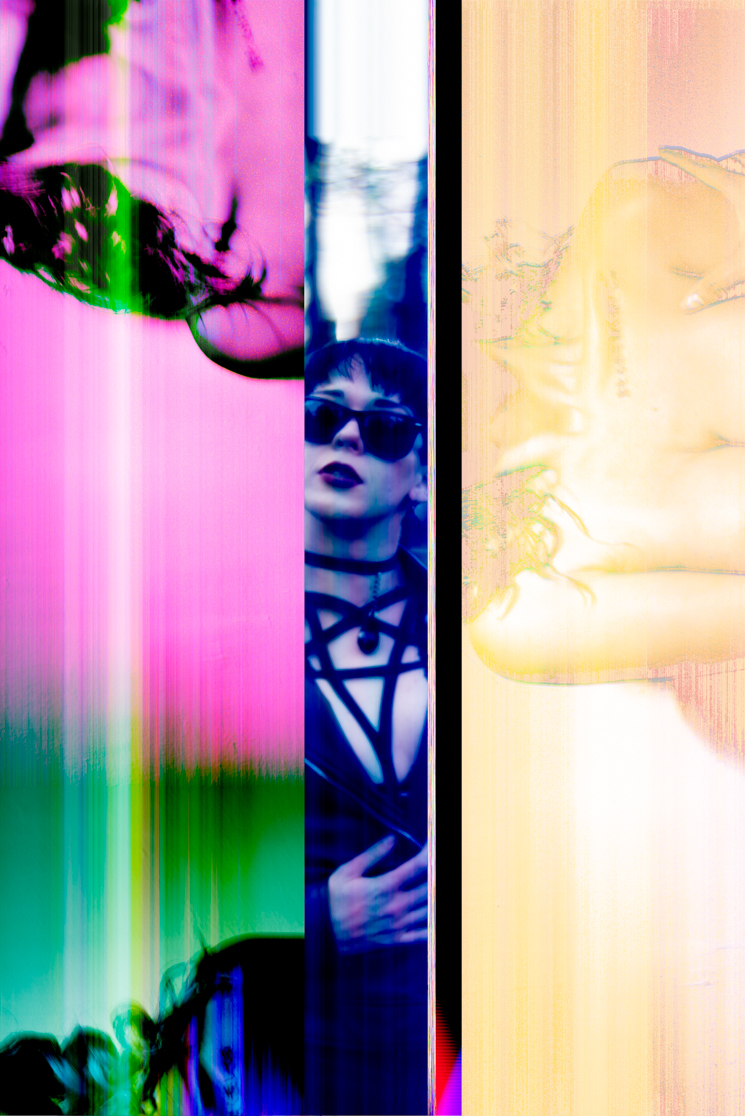 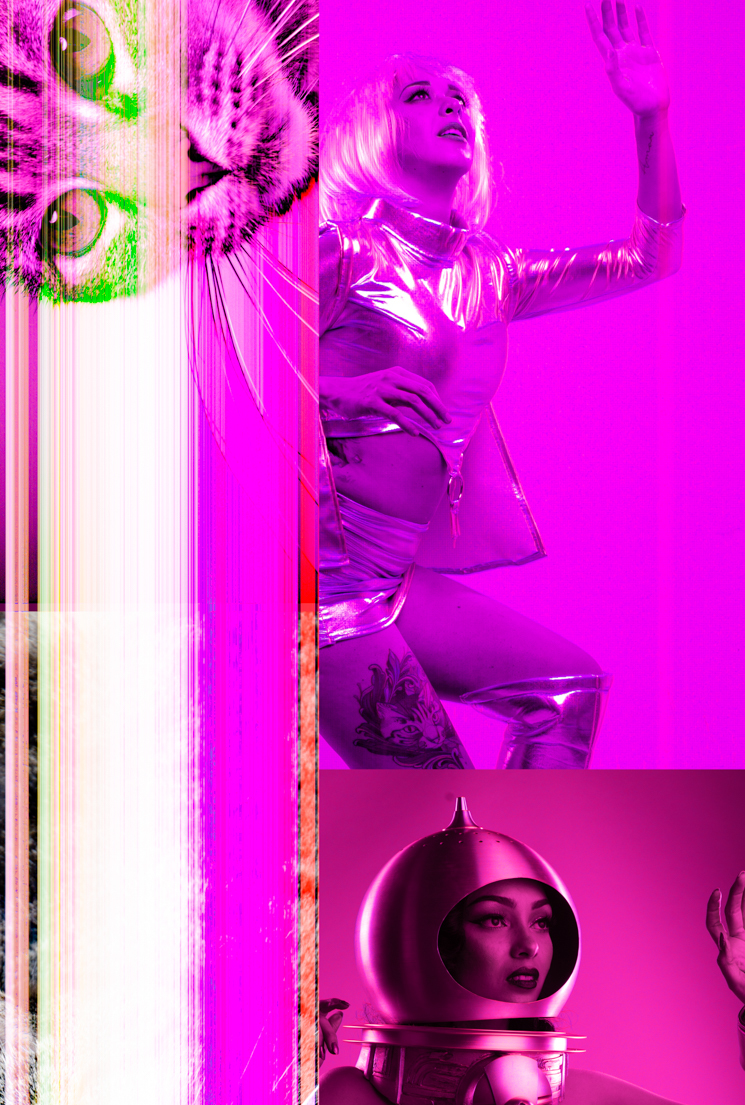 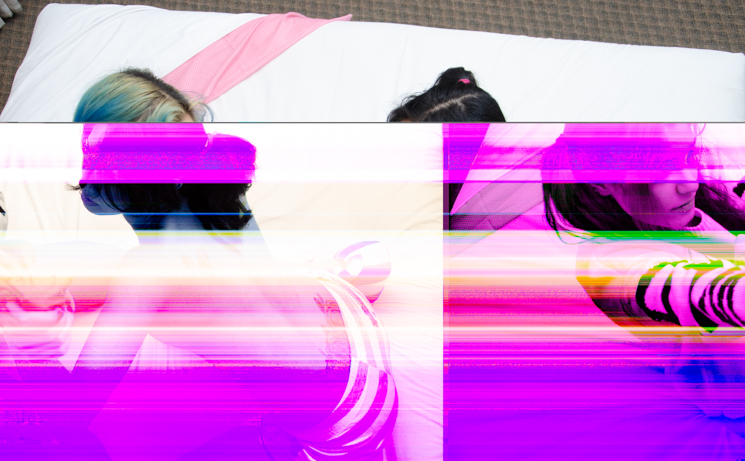 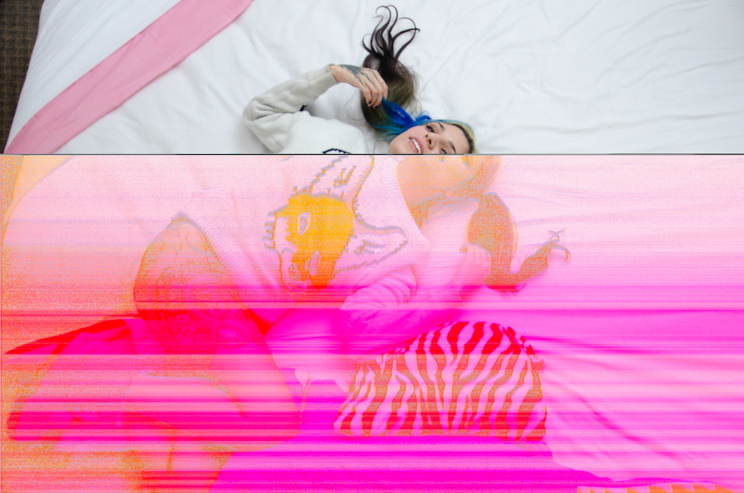 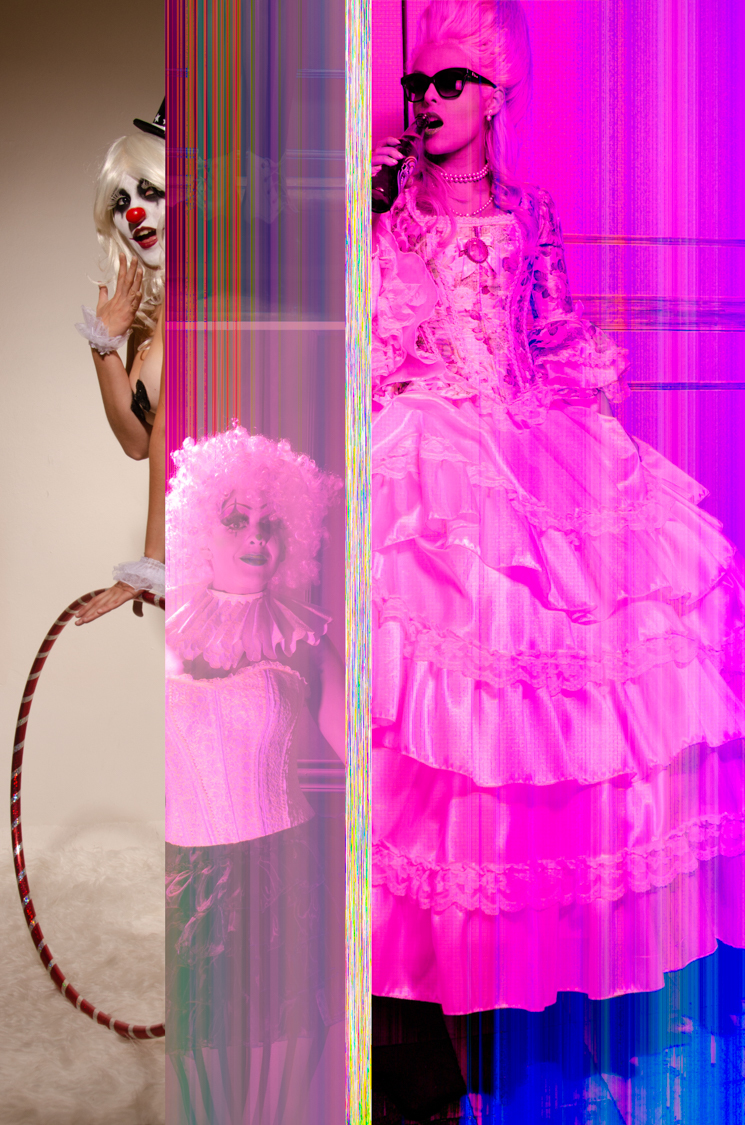 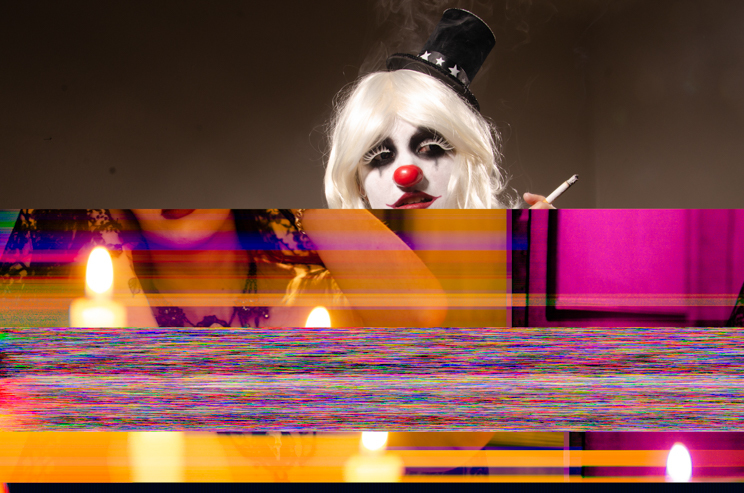 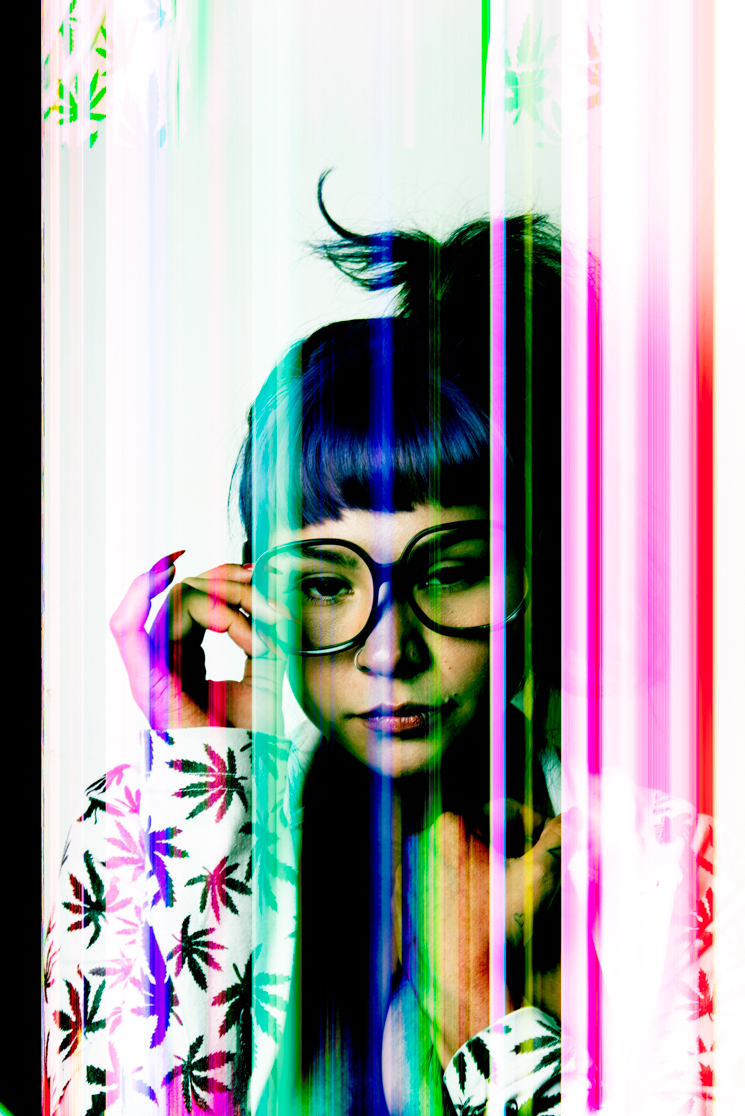 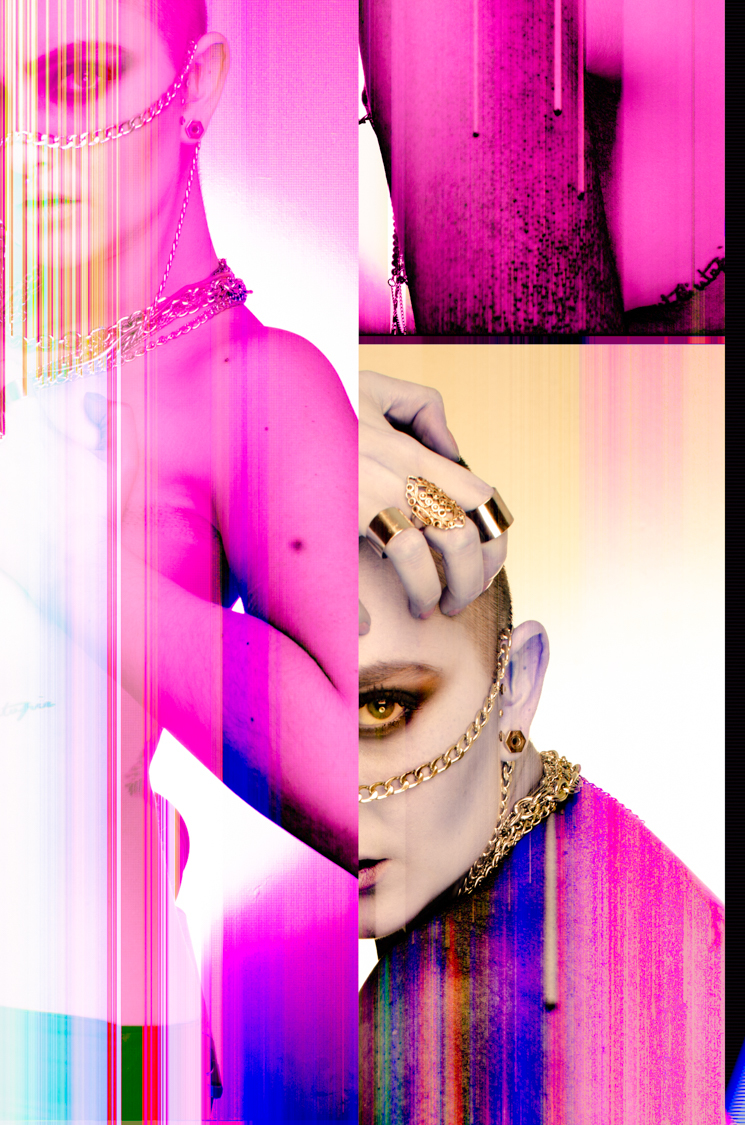 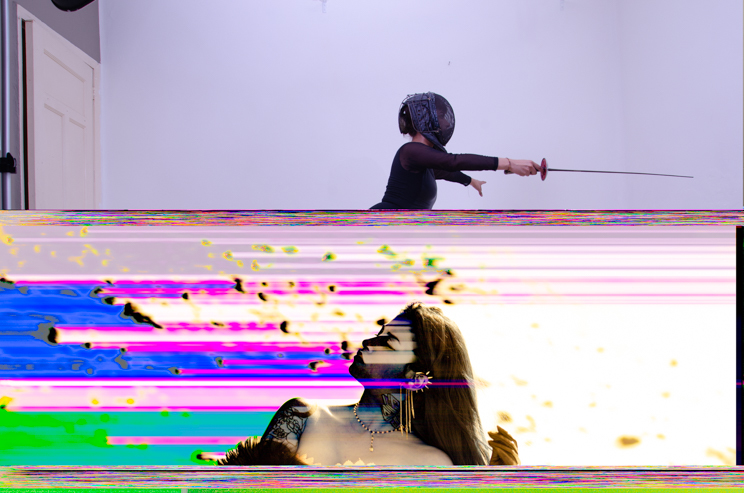 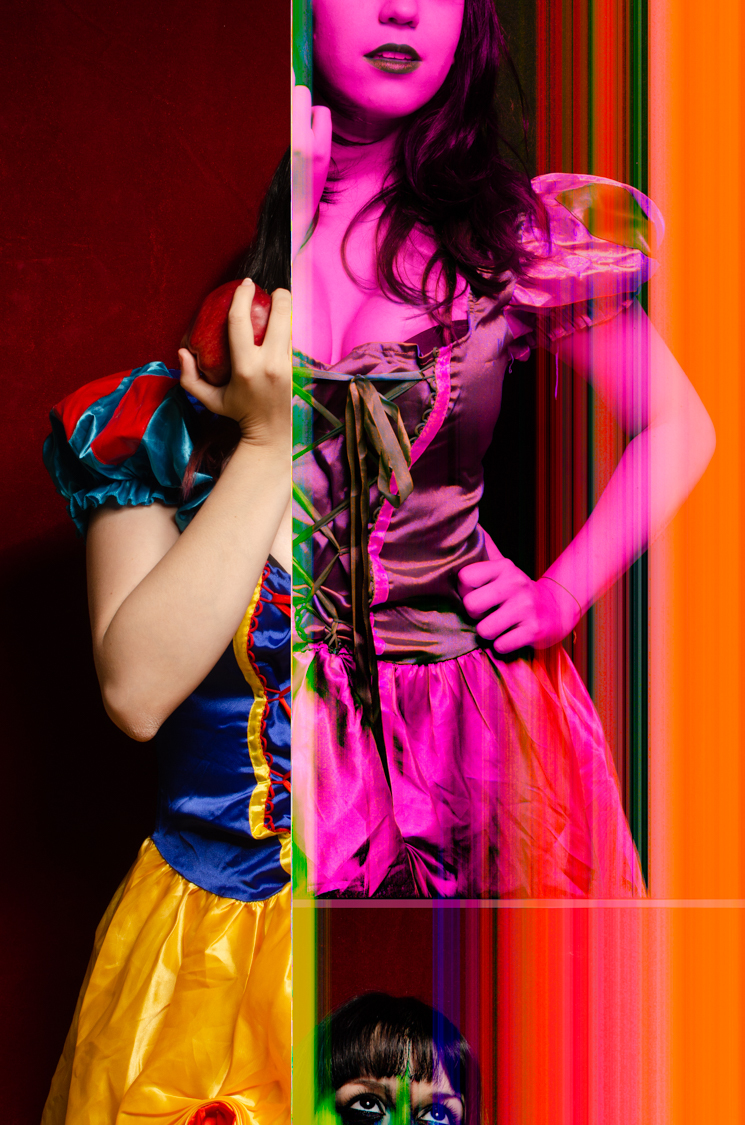 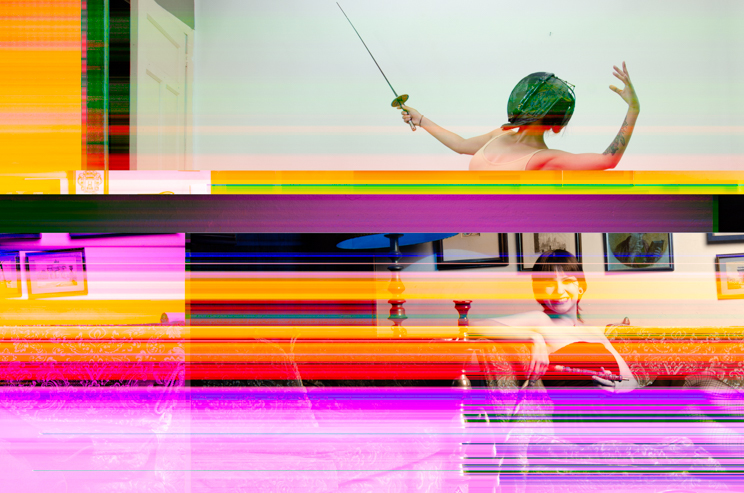 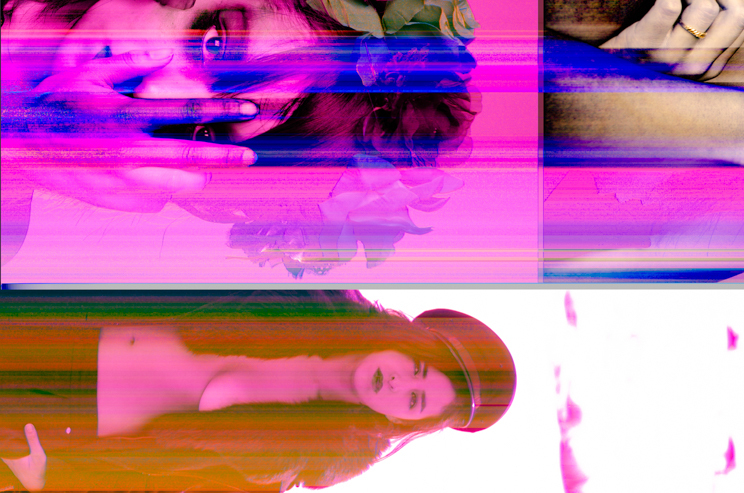 IN EXTREMIS – Captures The most Glorious Accidents Ever (mildly NSFW)

Lucky teenager buys $7,000 worth Leica M kit for only $15 at a garage sale
« These are the first leaked images of the upcoming Fujifilm X-T3
The first leaked photo of Fuji’s new “affordable” medium format GFX 50R mirrorless camera »