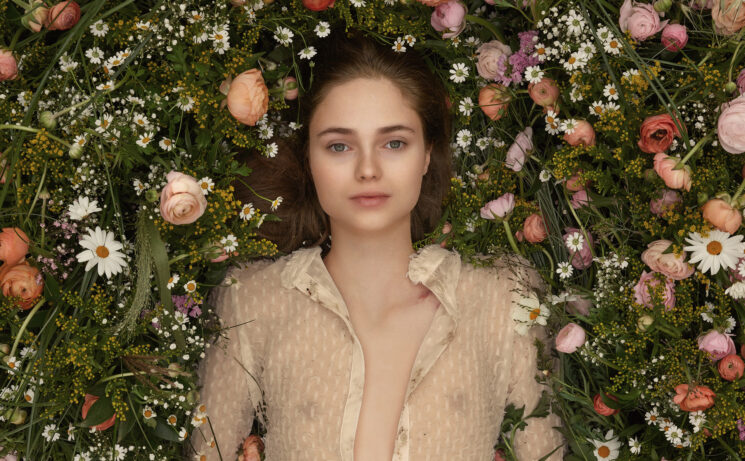 Czech photographer Martin Stranka has been awarded the first prize at the International Photography Awards 2022 with his series titled “Beautiful Accidents“. The series is certainly beautiful, however, it is no accident that Martin won the award. Make no mistake, this is the culmination of years of hard work.

DIYP was lucky enough to chat with Martin and find out more about his work and how he feels about being the first Czech photographer to be recognized by this prestigious award. 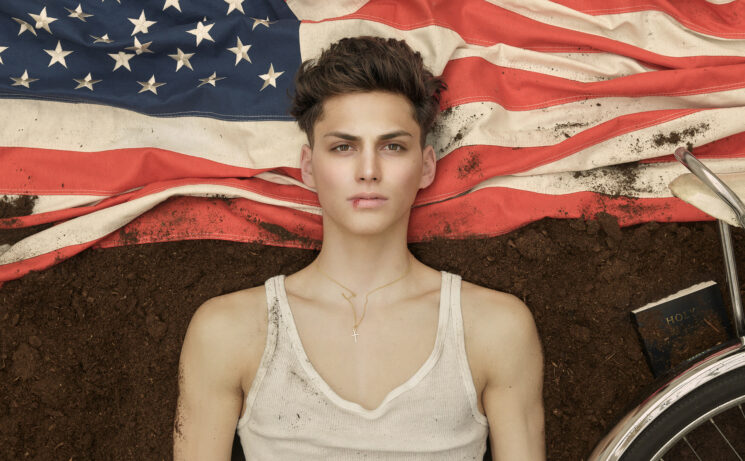 “I often like to work with a strong contrast of some kind of a dramatic event and a visual aesthetic,” says Martin. “In The series ‘Beautiful Accidents’, I took this approach and applied it to a specific thought on how we all live in sweet oblivion of how some of the most important moments of our lives are simply often the ones that never happened.” It’s essentially a take on a sort of dreamlike existence. 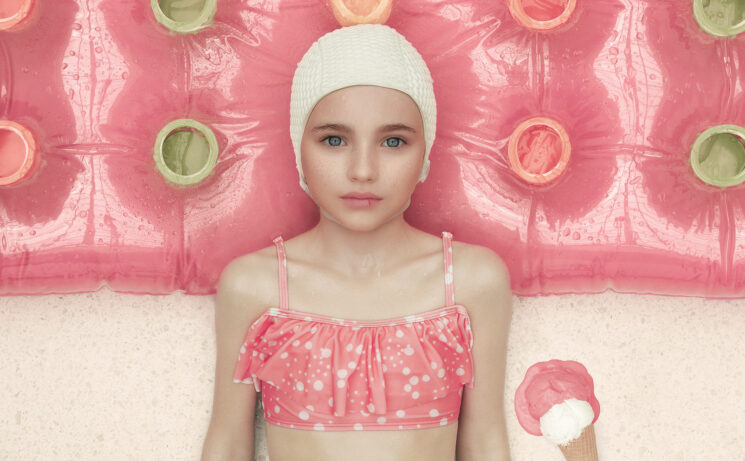 The portraits all feature a top-down aesthetic, with the subject surrounded by objects that range from a flag to a lilo. Each portrait features the same lighting and composition, drawing the eye immediately to the person in the center. It is clear that we are being drawn inwards to the center of their world and thoughts. It’s a powerfully evocative series and one that invites you to consider it deeply. 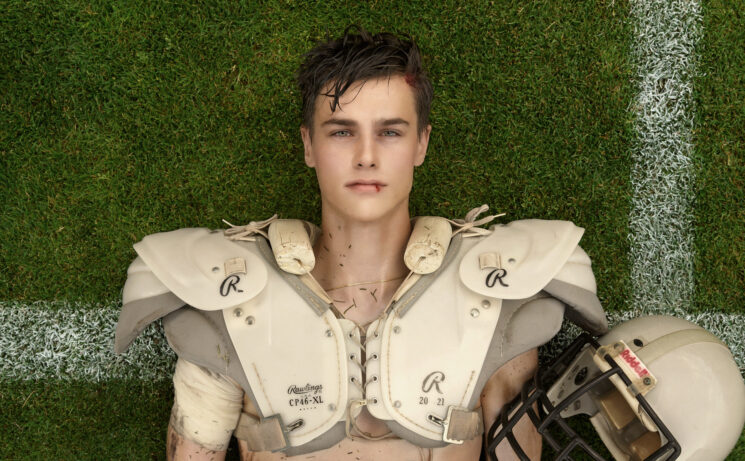 Surprisingly, Martin did not use artificial lighting for this series. Merely a Phase One IQ4 (150 MP) camera plus Schneider Kreuznach 40-80mm LS f/4.0-5.6 lens.

“With a clear idea of the story and visual in my head, we started scouting the place the scene would be set, the proprieties we needed, and most of all, the model that will take on the role,” says Martin. “That can be a lengthy process,” he adds. “Once all the moving parts are arranged, and the photo is taken, it only took several minor adjustments in postproduction for the photo to be whole. The process in total took anything from weeks up to several months.”

Martin says that the most difficult part of the project was probably finalizing the concept of the composition. “I limited myself to only a few square feet to fit the mood and the story of the photograph in, with having to maintain the same exact layout of the scene at the same time,” he says, adding “but it was an extremely refreshing approach, and I enjoyed its challenges very much.”

Of course, every photographer dreams of being recognized in their industry, and Stranka flew to New York City to personally collect his award. “Anytime we submit photographs or series into a contest, we never expect any particular result,” he says sagely, “but when I found out about this particular award, I was genuinely moved and excited,” adding that it’s an “honor” to have been chosen and that he take this prize as an inspiration and motivation to keep on creating freely. 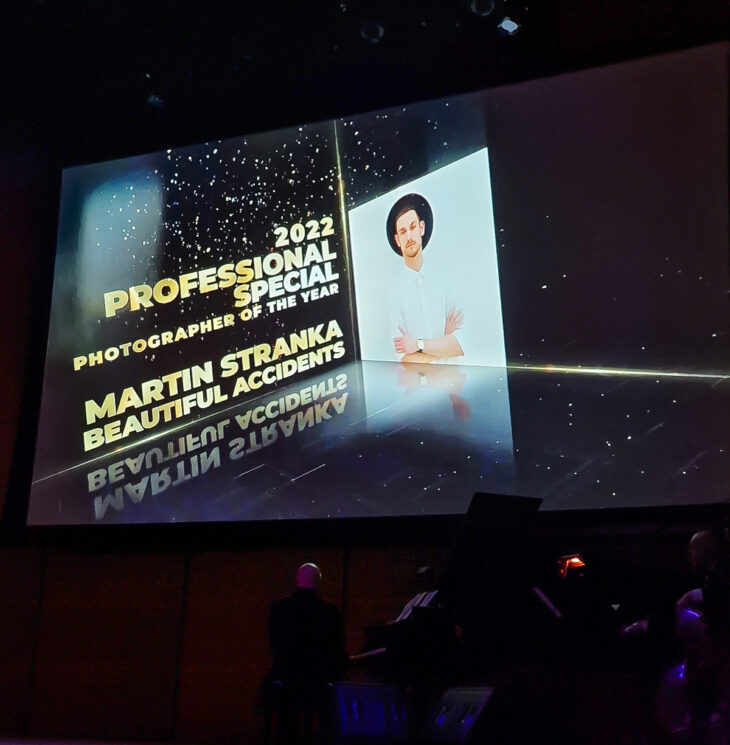 2023 will be a busy year for Martin and his studio team. They are preparing several exhibitions all over Europe and will have work listed at Christie’s in London in an auction. Each image from the “Beautiful Accidents” series will be available in one specific size in a limited edition run of 15.

The remainder of the time, Martin plans to complete work on his next series of images, titled “Normal is Boring” which was so far shot in Cannes, France.

If Martin’s previous work is anything to go on, his next series will be anything but normal or boring!

« The Victorian death portrait: a family photo guaranteed to send shivers up your spine
Viewbug Gigs lets you get paid for your photos of strangers »