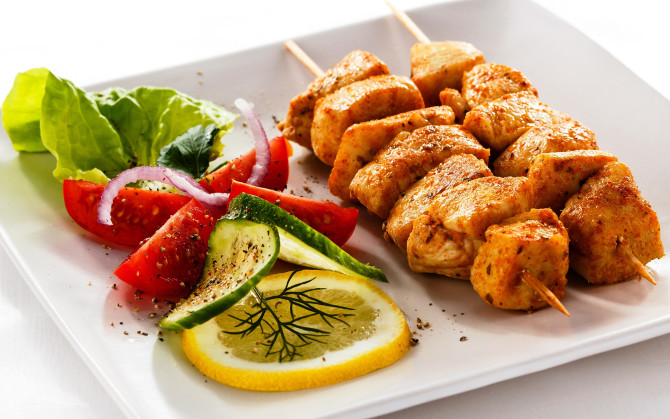 Last week we reported on new laws in Germany which could make photographing your meal from certain dining establishments a breech of the chef’s copyright. It was a story that led to an interesting conversation about just what should and shouldn’t be copyrighted. Most of you agreed that food should be eaten, not protected by copyright law–and, it looks like Google might agree.

According to a report by TechTimes, Google has begun rolling out a new feature to it’s level 3–or higher–users. (In order to become a level 3 user, you must have posted at least 50 reviews on Google Maps Local Guide program). With the new service, Google hopes to expand it’s ‘Maps’ app to compete with other apps such as Yelp. 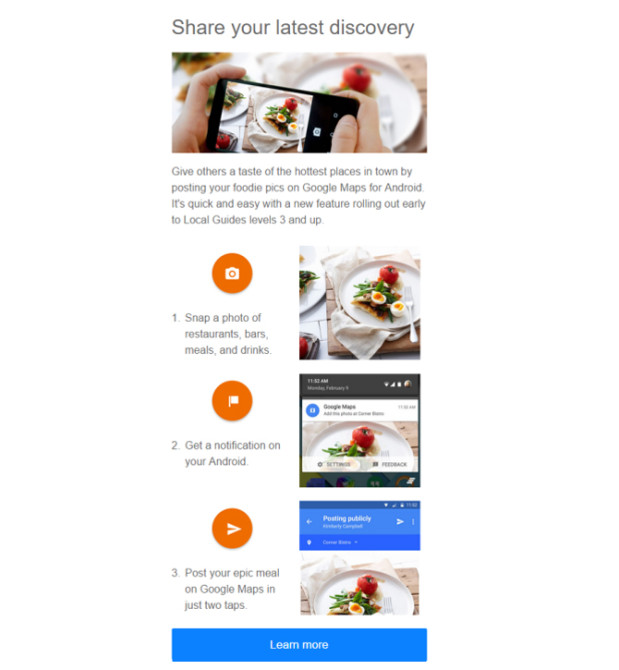 The new service works using a notification system on your smartphone. Basically, if you’re visiting a restaraunt (or bar, etc) that Google thinks is interesting and you happen to take a photo while you’re there, Google will recognize both of those things while hiding out in the background, then send you a push notification asking you to share your photo via Google Maps for the rest of the world to see.

Google is hoping to use the new feature to help curate better than average photos of local dining options, which leads me to wonder if the feature (should it ever get it’s feet fully off the ground) will lead to photographers being “discovered” and booked paying gigs in the way photo sharing sites such as Instagram have done.