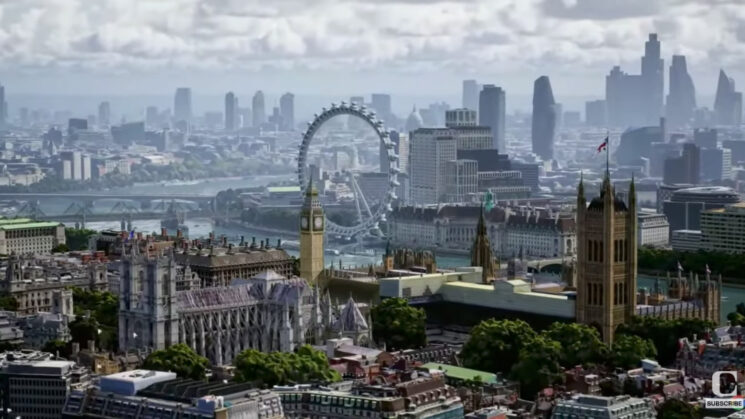 Scouting locations for photoshoots used to be a time consuming and expensive affair. You often had to physically visit the place, or if you couldn’t, then you had to hire someone to act as a guide or location scout. While there’s still no substitute for actually visiting a place in advance, these days we have a lot more options at our fingertips.

Google has just announced the release of Immersive view. This could be incredibly useful for photographers who want to scout locations from the comfort of their home, or well, from anywhere to be honest.

The new app capability is part of Google maps and will function from any mobile phone. Google describe Immersive View as a sort of “street view in the sky” and it feels a little as if you were flying around a scene in a drone. But how is this different from say, Google Earth or the already existing Street View?

For starters, you can look at a location from above to get a sense of the overall place and then drop to street level to see the specific spots you might want to shoot. Maps overlays its live busyness and traffic info, so you get a quasi-augmented reality look at whatever place you’re looking at, be it a park bench or a graffiti wall.

What is really groundbreaking though when you watch the video, is that the views are not just limited to outdoors. You can actually enter a restaurant and feel like you’re zooming around inside like an FPV drone. It’s all done in a clever way of combining still images with CGI apparently.

Google has described it as having the magic of Google Earth’s zoom feature but at a neighbourhood level. All the images are computer generated and are built from a combination of Street View and satellite images.

At the moment Immersive View is limited to just a few neighbourhoods in selected cities such as San Francisco, New York, Los Angeles, London, and Tokyo. However, more are expected to be added soon.

This could be another brilliant tool for photographers, especially in the initial planning stages where they might be considering multiple locations and just want a really good idea of possible places before doing a physical scout. For travel and food photographers, this will be fantastic, particularly if you can scout inside different restaurants and find the best place to set up for a shoot in advance.

I will be eagerly awaiting more cities to be added to whet my travel appetite without actually leaving the sofa! Will you use this new feature once it rolls out?