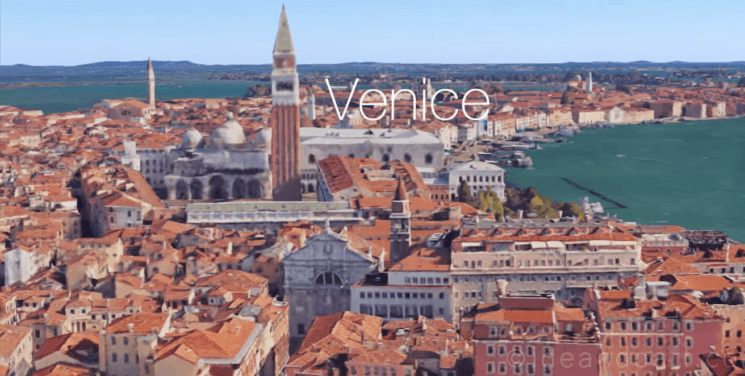 Many of us use Google Maps before planning a trip. But a young Italian student Matteo Archondis used it in a way more creative way. He created a hyperlapse trip around the world using nothing but screenshots from Google Maps. It takes you from Rome to Kyoto; from the deepest ocean to the highest peak – in 3,305 Google Maps images composed in a smooth hyperlapse video.

Matteo is a communication and graphic design student. He loved playing with videos ever since he was a kid, but he discovered his true passion through timelapse. He creates timelapse videos and publishes them oh his YouTube channel, and the last one is inspired by Google Maps. It’s a kind of a birthday gift, since it was Google Maps birthday on February 8th.

It took Matteo two days capturing screenshots from Google maps. He used Chrome’s developer tools to remove all the distractions from screen. After the “easy part” of collecting 3305 screenshots, it was time for post-production. It took him a week to assemble and smooth out all the screenshots and turn them into a smooth hyperlapse. I’d say it was worth the effort.

I like this project of Matteo’s, considering how demanding it is to create your own content for a timelapse. Google Maps is available to everyone, and this can be a great way of practice and perfecting the skills. And it also doesn’t require you to actually climb Mount Everest.

[Google Maps: Hyperlapse Around the World via Gizmodo]

« Help! How do I Budget for a Photoshoot? (a guide for clients)
You can double the views of your video by saying one word in the first five second »