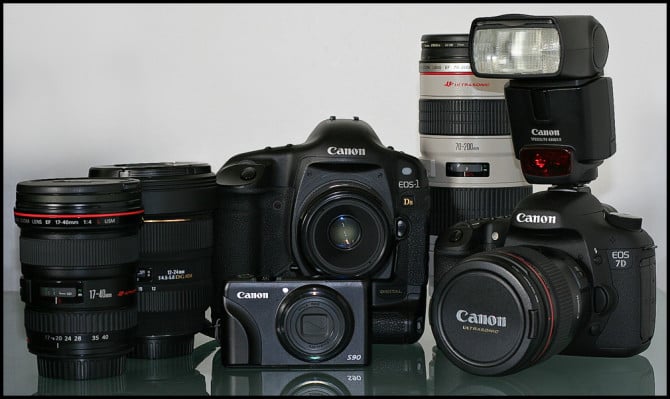 Many people suffer from gear acquisition syndrome (GAS), regardless of occupation or hobbies.  It’s part of living in the materialistic Western World.  The problem with photographers is, however, that we often feel justified in our purchases because we’re “making money” with our new toys, rather than simply allowing them to collect dust in the garage.

But, how many of you GAS-sufferers actually put to good use every piece of gear you buy? Allen Murabayashi of PhotoShelter wrote a great piece where he fessed up to having made ridiculous purchases that were never put to proper use.

In his nine-item list, Allen included a variety of items, from lighting to lenses to card readers, that were purchased while he had GAS.  Some seem like no-brainers, while others surprised me a bit.

But, Allen has learned from his lessons…  “There will be no drones, 4K video, or gimbals in my future,” although he confesses that his GAS has now shifted to audio equipment.

As we’ve said many times on this blog (about as many times as we’ve written the word “drone” in the last six months), more gear doth not a good photographer make.  It’s not about what you have but how you use it.  For me, I’ve never had the financial luxury of being able to suffer from GAS, but I have definitely fallen prey to camera shame as a result (but we’re recovering nicely…).

If you could list one, two, or three pieces of gear you have needlessly purchased, what would they be?

10 essential pieces of gear for the traveling retoucher