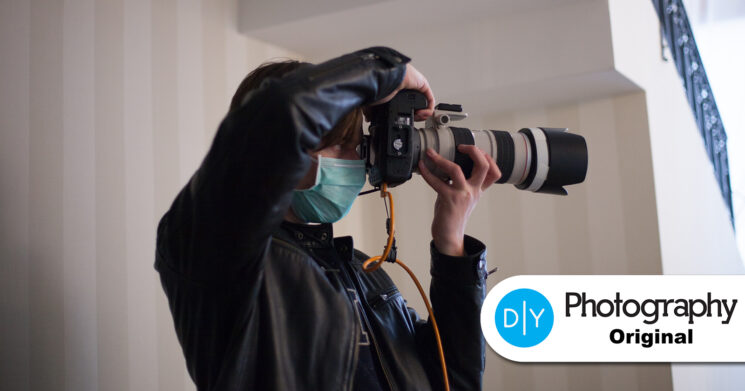 One of the staples of professional photographers on the internet is the latest and greatest kit. With Peter McKinnon using the R5, and Jared Polin (constantly) switching brands,  it is easy to think that in order to be a professional photographer you need the latest and greatest kit. However, that is not always the case, here’s why.

Nowadays, being a real photographer doesn’t mean shooting portraits on a 6×7 medium format film camera, nor does it mean getting money solely commercial work and saying that “back in the day it was better”. One doesn’t lose the prestigious “real photographer” status when one starts a YouTube channel in order to present and educate. One of the facets of being a presenter is reviewing gear, and yes sometimes companies like to give presents. There’s nothing wrong with that, neither is there anything wrong with using the latest kit as a full-time “real” photographer. However, there are many pros that own the oldest kit on the block when compared to hobbyists. 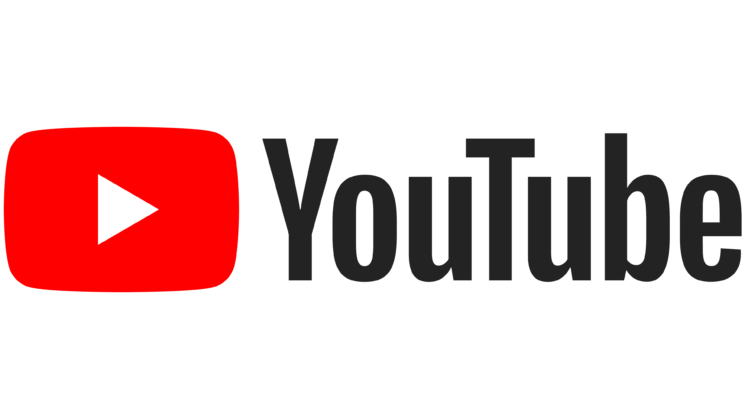 There are a few flags that may signal that you’re not a pro photographer. Importantly, by a pro, I mean making a full-time living from it, not the skill level you’re at. There are plenty of hobbyists who do much more complex work than in commercial portfolios. Whenever I see hobbyists they tend to have their cameras in very pristine condition. It may even be an EOS R6 they just bought new, and the screen protector is still on. While there’s nothing wrong with taking good care of your camera, it is a bit strange to see someone baby their kit. The lens may be weather-sealed, but shooting in the rain is still a no-no for many. The point is, many amateurs end up buying the latest kit and being afraid to use it. This in turn limits creative possibilities and the work suffers as the results. I love saying that one can’t put a camera logo on the picture. The work produced is much more important than what it was produced with. 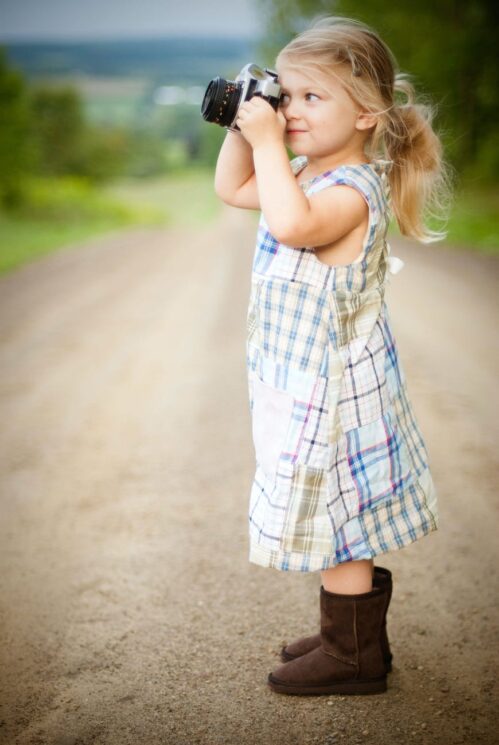 Full-time working pros are well aware that their camera is simply a tool that enables them to produce images that end up getting the job. Early on, I made the mistake of listing the equipment I work with, in an email to an agent. Suffice to say that no one cared to read that part of the email.

I’ve had times when I shot paid work on a 5D Mark II with a $50 Speedlite and no one bat an eyelid. Other times I’ve shot on a 5Ds with $10,000 worth of lights and no one could tell the difference. That’s not to say I don’t like to have $10,000 worth of lights kicking around on set, I very much do. Add a Phase One to that, and I’m a very happy man. Still, regardless if it’s a brand new Phase One or a 5D mark II, if I had it for over 2 years it will show “light” signs of  use which will make them less valuable if I were to resell. Add depreciation to the mix, and you’ve got a recipe for financial ruin. 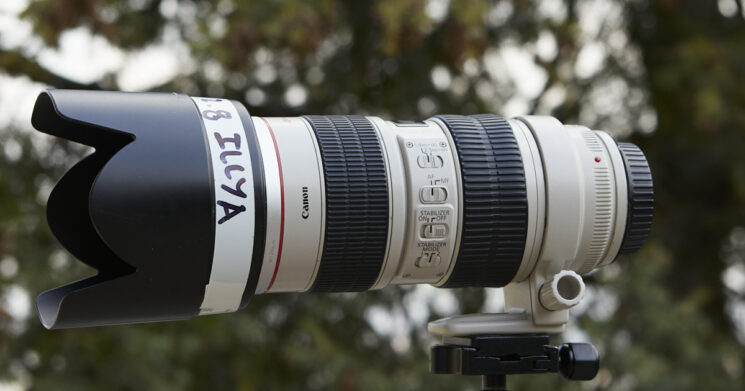 Being a Pro means going the extra mile for the result, not for preserving the kit

As I said previously, the tools that are used to make the final photo: from set building to post-production are just that: tools. To give a simple construction analogy: a contractor won’t buy a new hammer white the old one is good enough. Nor will a carpenter bother with a slightly improved drill if it doesn’t make the job a lot faster or easier. At the same time, a painter’s ladder will have paint on it. The same goes for professional cameras, which are essentially there to do a job, if that job ends up breaking the camera, that is fine. Get the next one and crack on as nothing happened. I admit, breaking a camera on set is awful, and it demotivates the whole crew. Still, on set, you have to perform and hence just get the backup out and continue as nothing happened. To be frank, breaking gear happens more often than one would like it to. Most professional photographers prefer to spend less on equipment for that reason as well. 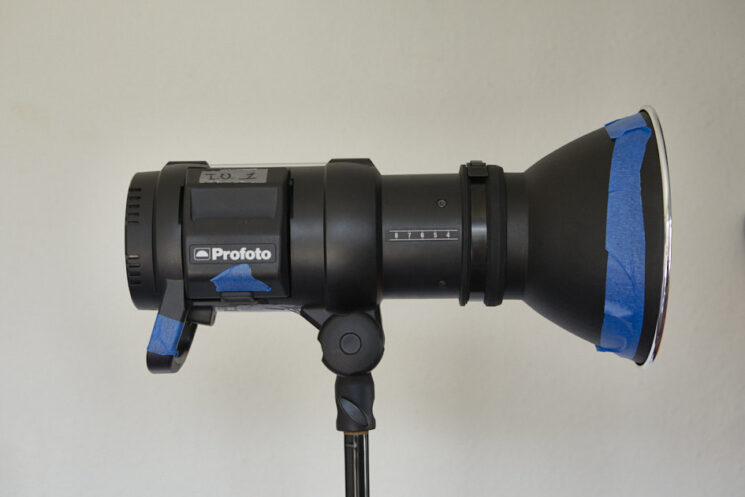 If there is no blue or grey tape on a piece of gear, it’s not mine. The more tape the better: that avoids the risk of confusing who owns what.

Another reason professionals end up not onwing the latest equipment is the depreciation rate. Tech loses value in months. For example, an R5 is already a grand less used, in a few years it will go down to just a fraction of the cost. Buying new and latest equipment is essentially burning money for many of cash-conscious photographers. The same applies to lights, and similar to lenses. Buying used means getting the less able camera, but getting it for quite a bit less. Generally, if you’re buying new kit you’re burning thousands in cash that can be used on education and other pleasures. 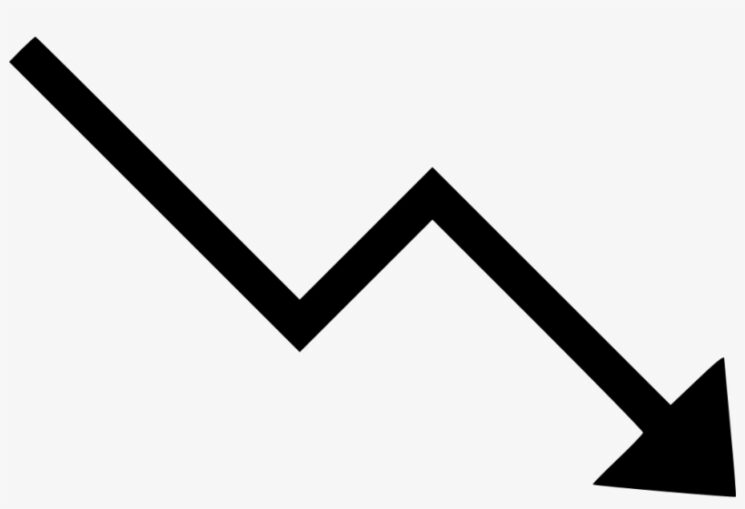 Less able doesn’t mean unable. If I were to show you two photos side by side, and say that there is a 7-year time gap between the camera makes, you would probably be slightly surprised at how little difference there is. Of course, it’s easy to see that the newer camera has more resolution, detail, and color depth, but after retouching those qualities are less and less visible. Buying a new camera when it will produce essentially the same results isn’t a viable option for professional photographers. Gear must make money, and if something won’t make me more money I am not buying it. 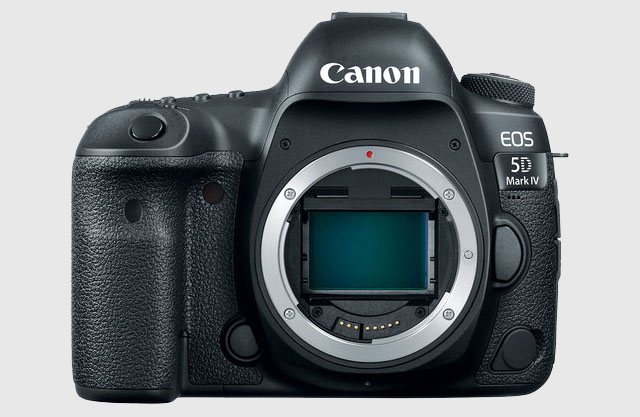 Pros owning equipment is a hot topic, and it is often the center of many forum discussions. Leibovitz shot with Sony, Belluso with Phase One, and Watson with Hasselblad. Yet, Leibovitz, Belluso, and Watson are three distinct photographers that each put their own stamp on what they produced. That stamp is down to the unique style each artist has. Owning the latest camera could potentially make putting that stamp easier, but that’s it. Professional photographers don’t own the latest kit because what they have is good enough to get most work done. Often the camera is the most advanced thing, knowledge however is quite a bit more limited. Expanding knowledge, above all, is what will get you to the next level of photography. Simply owning the same camera as Annie Leibovitz, won’t make you an Annie Leibovitz.

As promised, the videos

« These are the five top tools and features Photoshop needs that Affinity Photo has
When will DSLRs become obsolete? »