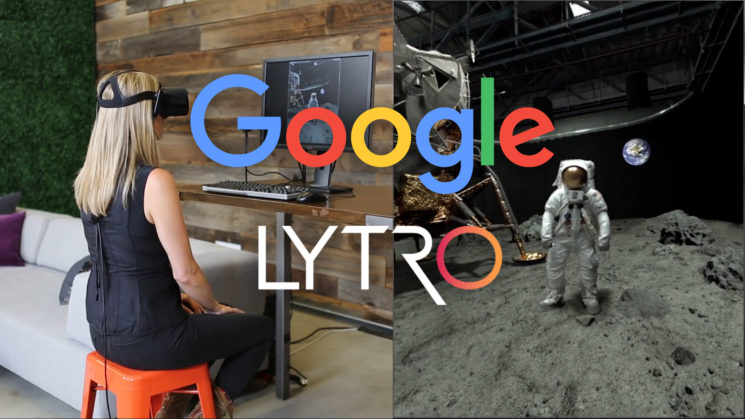 Google, it seems, is acquiring Lytro. Yes, the company that made that crazy light field camera and then got out of photography to move into VR and cinema is being snapped up. In a deal which TechCrunch report to be worth either $40mil or $25mil, depending on who you ask, Google will pick up the company in an “asset sale”. Presumably, this will include the 59 patents related to light-field and imaging technology which Lytro owns.

$25-40 million sounds like a lot of money, but when you consider that Lytro received over $200 million in funding and the company was valued at about $360 million in 2017, it seems to fall a little short. Investors include Foxconn, GV, Greylock, Qualcomm and plenty more. TechCrunch also points out that Lytro only recently acquired VR game developers, Limitless.

It does seem like an ideal convergence of technologies, at least for Google and consumers. Exactly how Google will make use of the technology obtained in the deal is unclear. But given Google’s constant push into VR and computational imaging, we can be reasonably confident that it’ll be something that’ll blow 90% of people away whenever it’s announced. 9% will still be impressed but will wait until the second generation when it’s a little more refined. The final 1% just won’t see the point and will rant about it on Facebook.

That’s the way things usually go, and it’s how things went with Lytro when they released their first light-field camera. Then, when the second generation came, people took a more serious look. And they might’ve actually done quite well in the photography world, had they not pulled out of it shortly after.

Whatever comes of this deal, it will be interesting. I’m curious to see how this might affect the inroads Lytro has made into Hollywood. Will it fork off as a separate company? Will it simply be abandoned? Or will Google start getting into movie production cameras and visual effects, too?