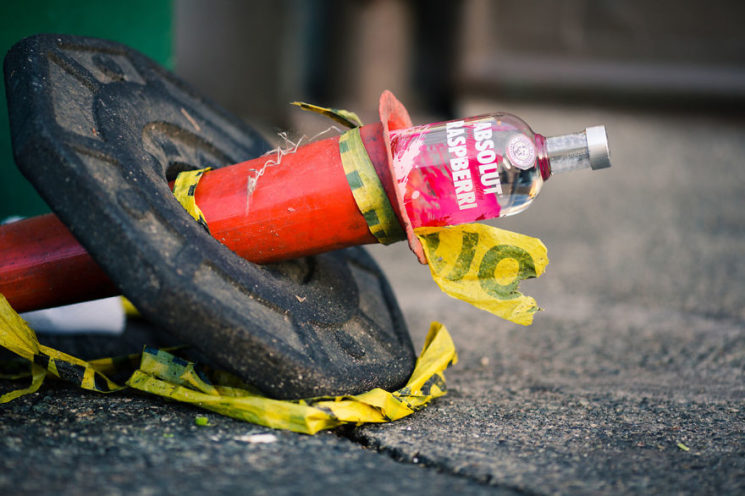 My name is Terryis. You could call me a photographer.

Allow me, if you will, to regale you with a tale from my past. I once worked at a liquor store. In fact, it’s where I discovered my penchant for photography, for you see, both of my managers very enthused about the matter at the time. I decided to pick up my own camera, a very tiny Canon Rebel XS. This is where it all began.

One day, one of the newer managers came up to me and said “Hey, you have a camera and you’re pretty good with it, so you should help us with this weekly promotion we’re doing and take pictures of the products.” Of course, the obvious bargaining chip was on the table. Starts with an “E” and I think you know what it is. At first, it kind of felt great to have my talent recognized on some level. I enthusiastically agreed – but later thinking about it that day, I started to wonder how much it would theoretically cost them to have these images made, and whether or not it was fair to ask this for free of an employee who was making a baby’s dick more than minimum wage. I eventually succumbed to the notion that if I didn’t, they would just be floating cell phone pictures up on that facebook page, and I would have to just… live with that.

For a very short while, I actually took it kind of seriously. Some I phoned in and slapped VSCO filters on, but others, I actually bothered to compose using just elements around the store and outside. Each week I’d churn out a handful of images for the store. I was hardly a professional, though I could have fooled them. But you see, every man has a point at which he breaks and the visage shatters to the ground.

I remember the collapse very well. It was an overcast day in October, remarkable by no means. I had been tasked with photographing a bottle of Absolut Raspberri, and in addition, a case of Mill Street Organic and a bottle of Appleton. I curiously milled about the parking lot, Absolut Raspberri in hand, in search of something aesthetic to incorporate in this photo. I distinctly remember frustration settling in as I came up empty-handed numerous times. I’d already used that concrete barrier before for the Strongbow elderflower cider. At that precise juncture, it struck me exactly how much thought and work I was putting into something that was yielding nothing but shallow satisfaction in return. And there it was, screaming out to me: An overturned delineator.

I walked over and simply shoved the Absolut into the delineator. It was an immaculate fit. Click. Struck with newfound inspiration, the other two items met a similar fate. I turned them in. Nobody said *anything*. The photos ended up on the facebook page along with everything else I’d shot. So much for my protest.

Callous disregard for form and aesthetic took on a form and aesthetic unto itself. Items were tossed roughly into bushes, placed literally on streets. The disrepair and ugliness of an East Vancouver parking lot became my very own studio. A building got torn down across the street, leaving a vast landscape of rubble and trash to help me further orchestrate my cynical antics. The nastier I could get, the better.

How does the story end? Well, it would appear that my bosses were as insane as I am. Absolutely unfazed. Can you even imagine that? I was never called in to any kind of meeting where I had to be sat down with a very concerned management staff nor was I ever suggested to a local shrink. I quietly left the company one day – and so did my legacy.

Eventually, I started showing these to people, mostly because I thought it was kind of funny.

“But these are actually good!” People would say.

And that was the hatchet in my back. My righteous indignation had become simple “art”. Goddamn it, I give up. 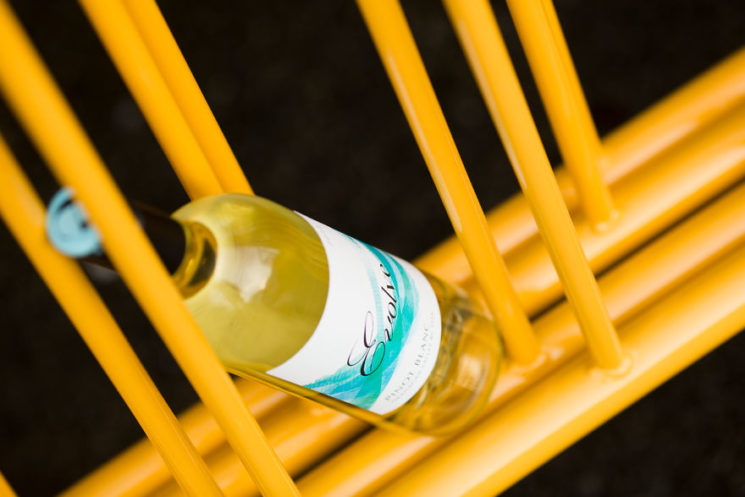 Sometimes I’d have a sane moment 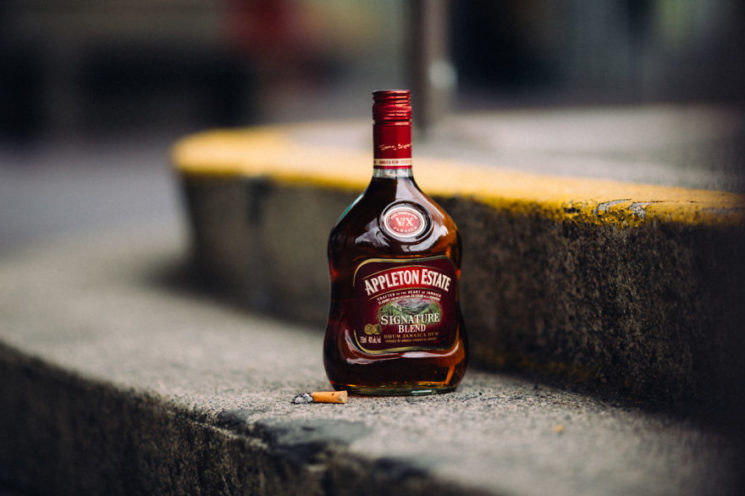 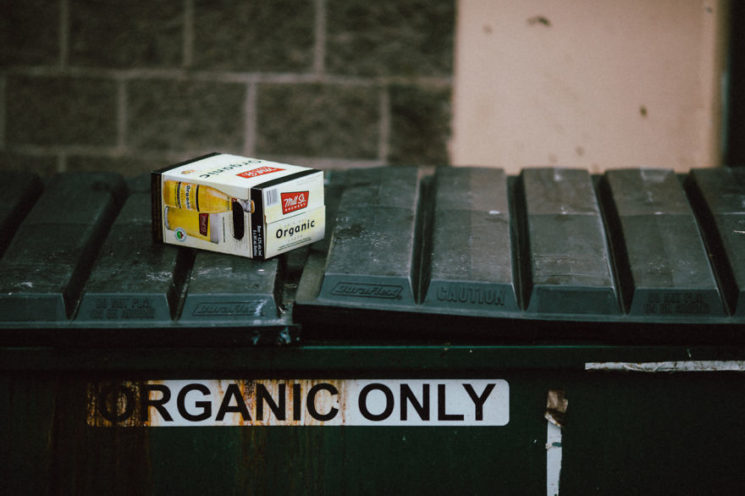 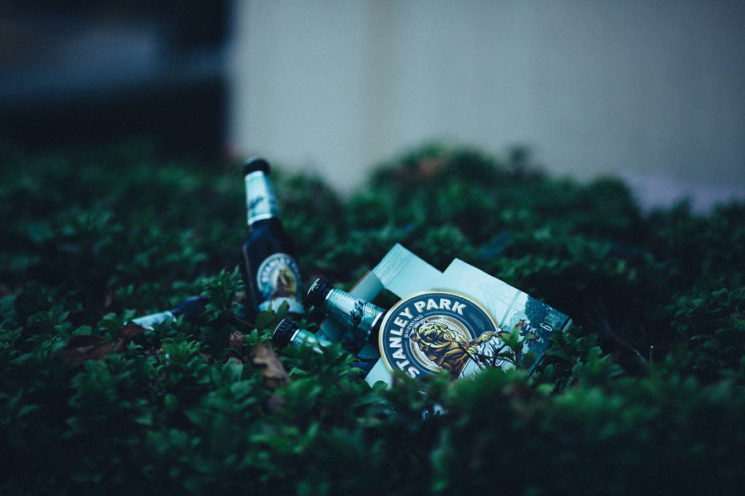 Sky burial doesn’t really cut it for a six pack 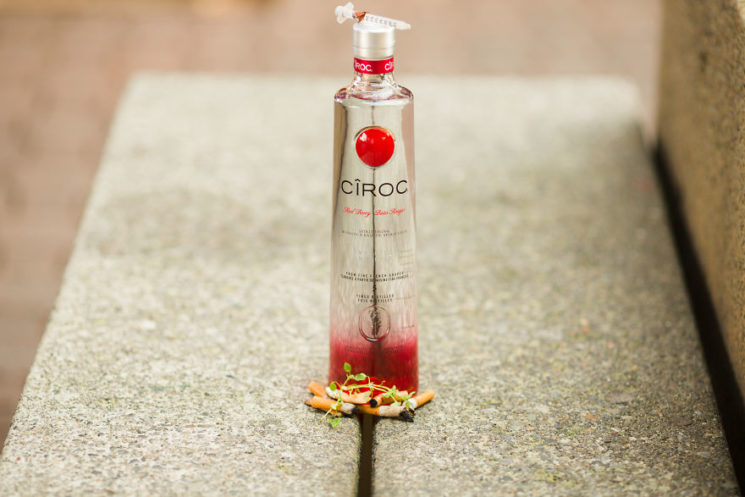 Don’t ask where I got the needle from. You won’t like the answer 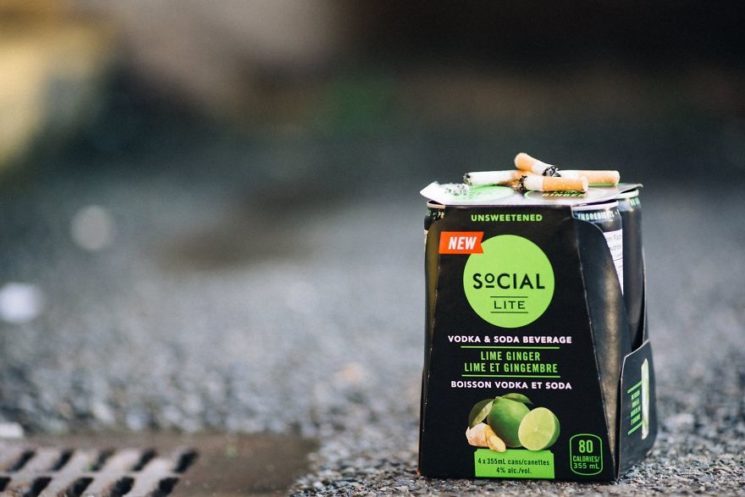 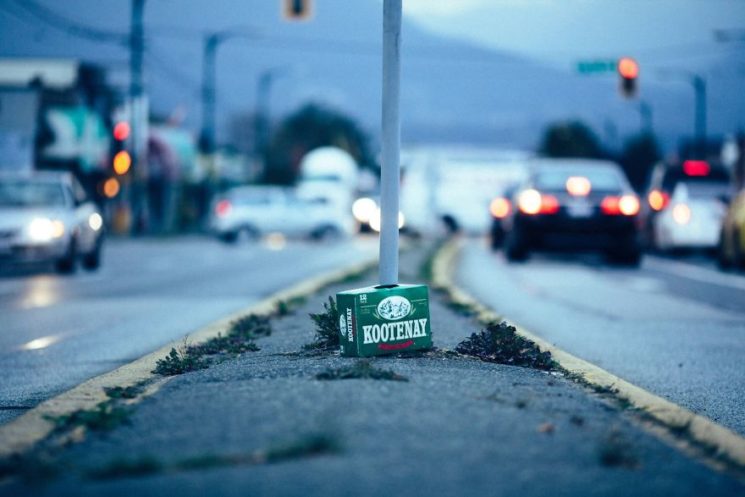 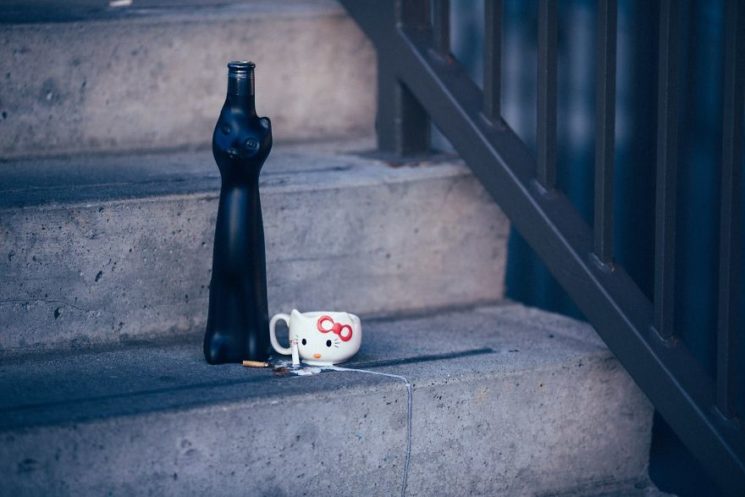 No use crying over spilled photography 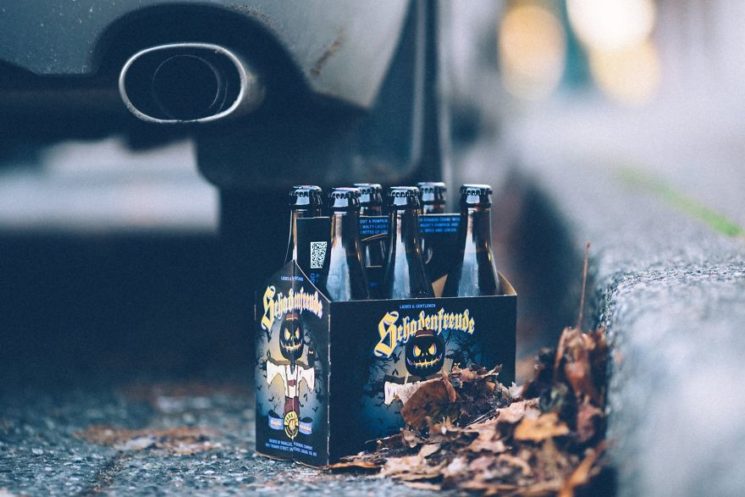 The brewery responsible for this beer actually liked this image on facebook. Why 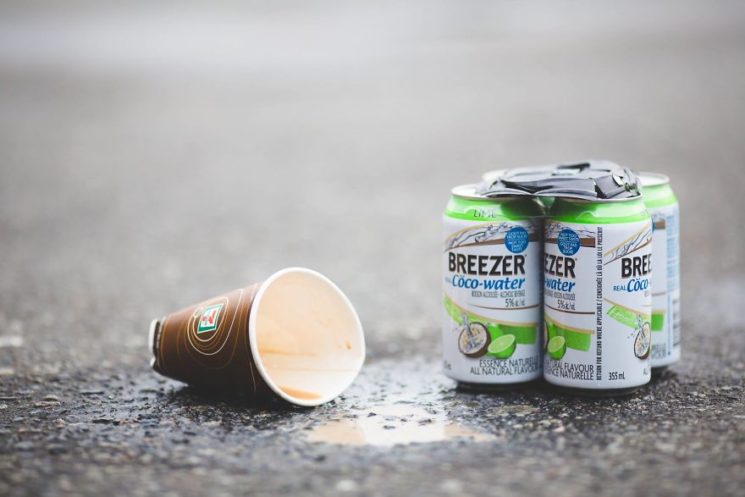 I’d rather the coffee if I had to be honest 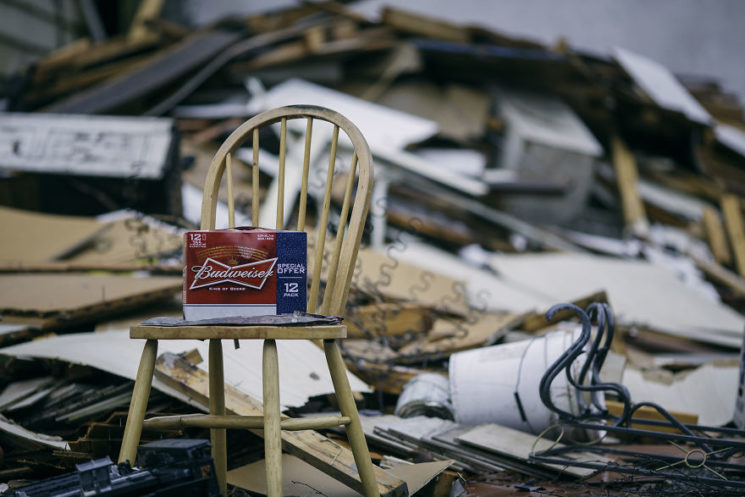 The King of Beers, its throne, and kingdom 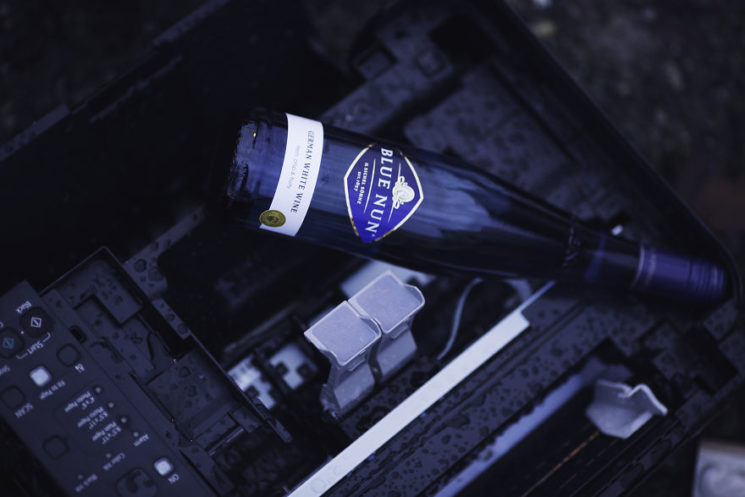 I found a printer in the garbage 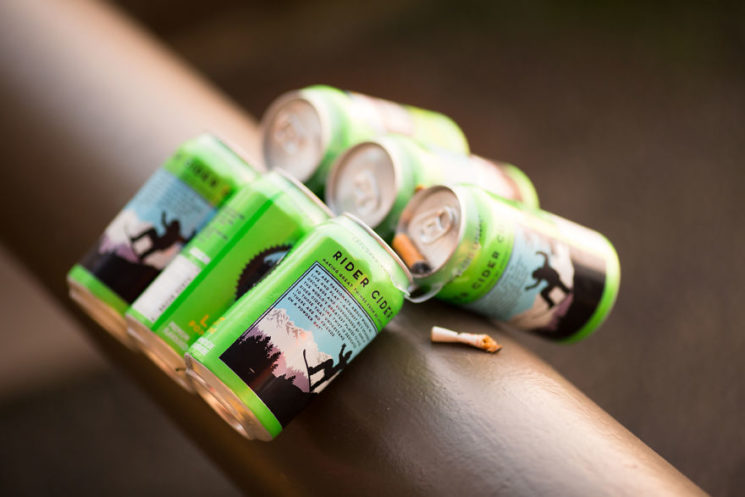 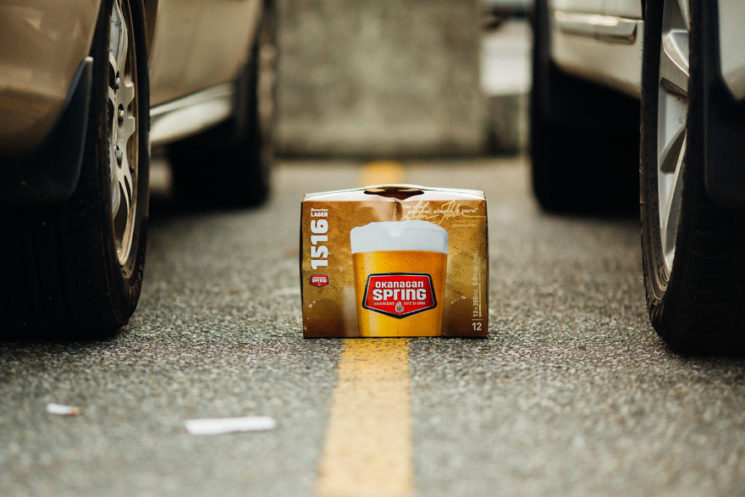 One of my bosses had mild OCD, this was an assassination attempt 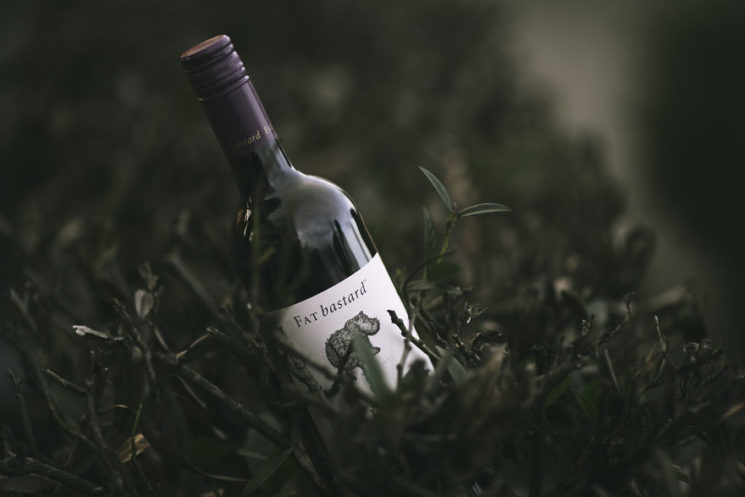 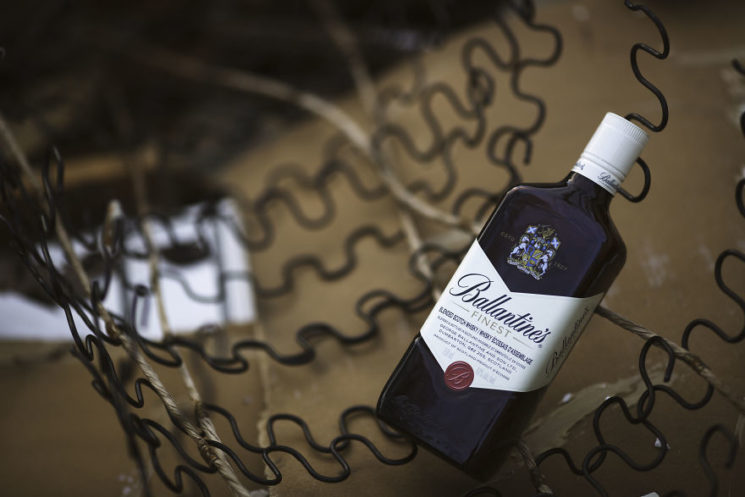 In the end, I got off Scotch free

Been asked to work for free? Use this Exposure Calculator to see what that’s worth