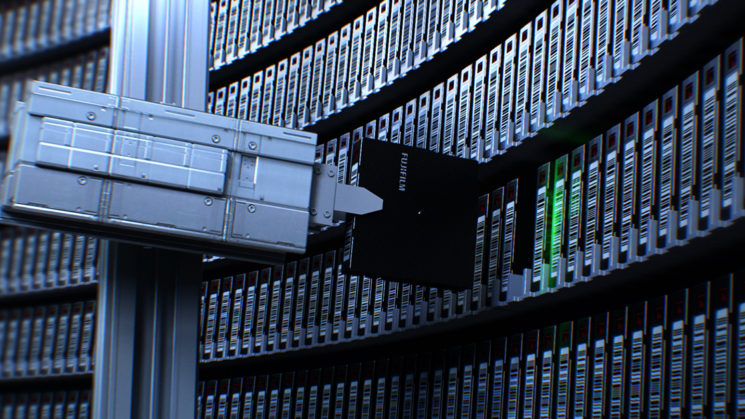 Fujifilm has shattered backup storage records with a new magnetic tape backup solution that offers around 50x the capacity of current commercially available LTO-8 tapes – which hold around 12TB of uncompressed data. Fuji’s new format stands at a whopping 580TB of data storage, thanks to the development of a new magnetic particle called Strontium Ferrite (SrFe).

The new system was developed in conjunction with IBM Research and provides a single tape with enough space to store the equivalent of 120,000 DVDs. They say that the newly developed magnetic material allows for finer particles and denser storage while still offering a high level of performance.

Current magnetic backup tapes primarily use Barium Ferrite (BaFe), but the storage limits of BaFe are being hit due to the size of the particles in the tape. This new compound, SrFe, has been developed as a potential replacement for BaFe to produce larger, faster storage options without requiring a lot more space – especially with the advent of 4K and 8K video content and the massive amounts of data being collected by companies and IoT devices.

SrFe is a magnetic material that has very high magnetic properties and is stable to maintain high performance even when processed into fine particles. It is widely used as a raw material for producing magnets for motors. Fujifilm has applied its proprietary technology to successfully develop ultra-fine SrFe magnetic particles, which can be used as a magnetic material for producing particulate magnetic tape media for data storage.

There’s also a significant amount of “Cold Data” out there. That is, data that’s essentially been archived so that the world has a copy safe somewhere, but is rarely referenced. Such data is said to account for over 80% of all data available today, according to Fujifilm. The new system allows that data to be backed up into a smaller physical space – and space becomes a problem when you’re talking about this much data. 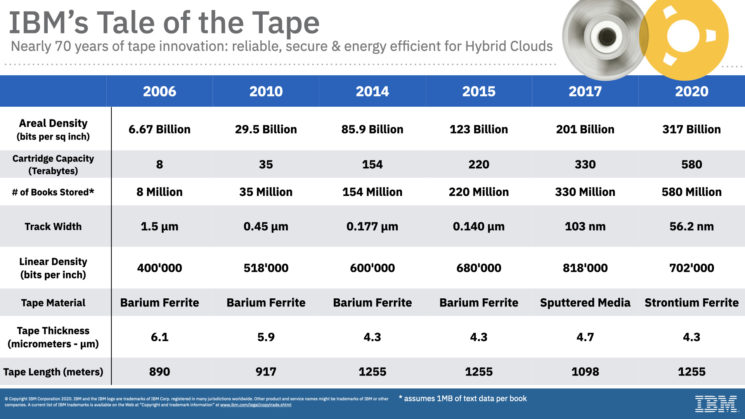 Fuji hasn’t said how long the new SrFe tapes are expected to last, but IBM has suggested that it’ll be at least 30 years. This is in line with existing BaFe-based LTO tapes have usually quoted lifespan of about 30 years. Of course, this will depend on the conditions under which you store the tape.

This new format could become extremely handy for media production companies shooting many terabytes of video data that they need to continue to store for potentially years after each project is long completed.

There’s no word on when this technology might come to the masses, nor how much it might cost, but current LTO-8 tape drives cost around $2-5K on average, with 12TB tapes at $150-200 each.