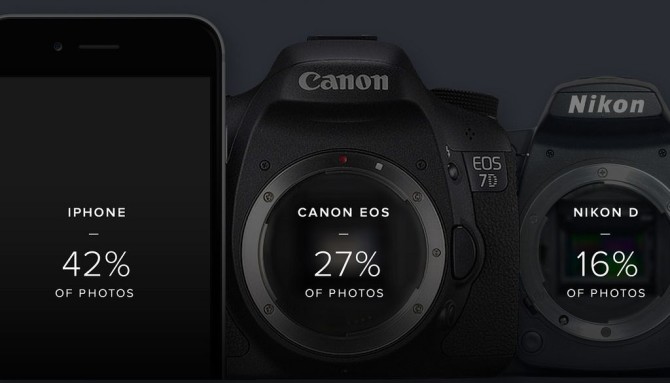 Flickr has just released their new year in review statistics. Some stats are surprising, some are obvious.

What is pretty obvious is that Flickr uploads is dominated by smartphones (42% of photos). Actually, it is dominated by iPhones. 4 of the 5 most popular Cameras on Flickr are iPhones, with one being a Samsung Galaxy.

Second in popularity come the DSLRs (Canons with 27% and Nikons with 16%). You know who is not on the top five? Mirrorles. Actually if you look at how many photos on Flickr were taken with Mirrorless cameras, it’s only a mere 3%. I am not sure if this says more about the state of the mirrorles market or about Flickr.

If you look at camera sales over the few years, this co-responds with the trend of more camera phones in people’s hands, and kinda fits with the fact that Mirrorless is just penetrating the market (though mirrorless is holding more than 3% of the market). 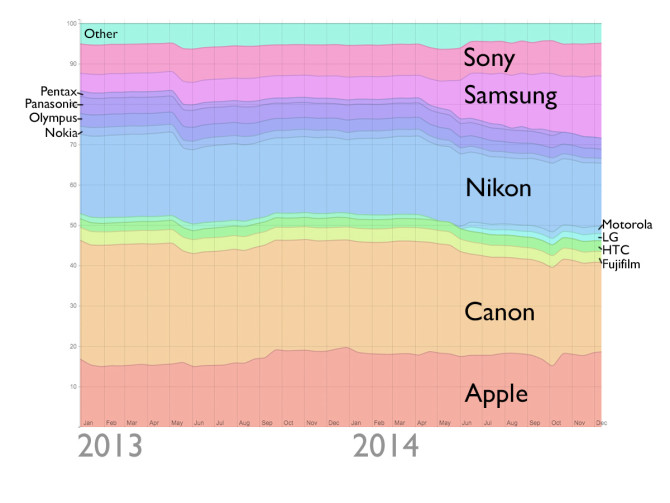 This is quite a change even from 2013-2014 where Canikon had more photos in the pool than the smartphones.

What the report does not tell us is has this made a change to the type of images that the Flickr community uploads. Has the explosion of smartphones made Flickr a kind of Instagram with more advanced photographer going to other sharing sites as 500px?

How to get the $156 Adobe Black Friday discount, even for existing subscribers