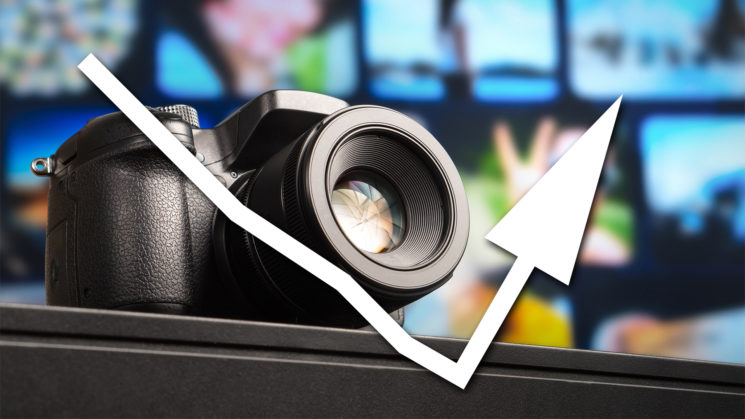 Well, this is a pleasant surprise. For the first time in a long time, camera and lens production and sales has gone up! Seeing an overall 8% increase in cameras and 2% lenses. Sure, not massive amounts, but compared to a 33% drop from 2015 to 2016, that’s mighty impressive. Of course, there have been a whole lot of new amazing cameras come out in the past year, so lots of people are updating their kit.

Our friends at Lensvid took a look at the numbers over the last year, as they have been doing each year for the last several years. And what’s interesting, if not all that surprising, is that while camera sales are up, DSLR sales are down. It seems the world is going mirrorless. At least it’s looking better than last year!

The camera market as a whole is still down 80% since 2010, but this is the first time we’ve really seen this kind of increase since 2010. And for lenses since 2012. Although it’s perhaps not all that surprising. We’ve seen some amazing new cameras come out in the last year. The likes of the Nikon D850, Sony A7RIII and Sony A9 have floored just about anybody who’s picked one up.

Also on the increase, and this one does make me raise an eyebrow, is that compact camera sales are on the increase. Not by a massive amount, around 3% or so, but they are on the increase. They also hold a higher market share than they did last year, too. I wonder if this has anything to do with the popularity of vlogging and cameras like the Canon G7X Mark II and Sony RX100 V sales going rather nuts (I have seen a lot of people buying those over the last year). Or perhaps people just want things their phone can’t offer? 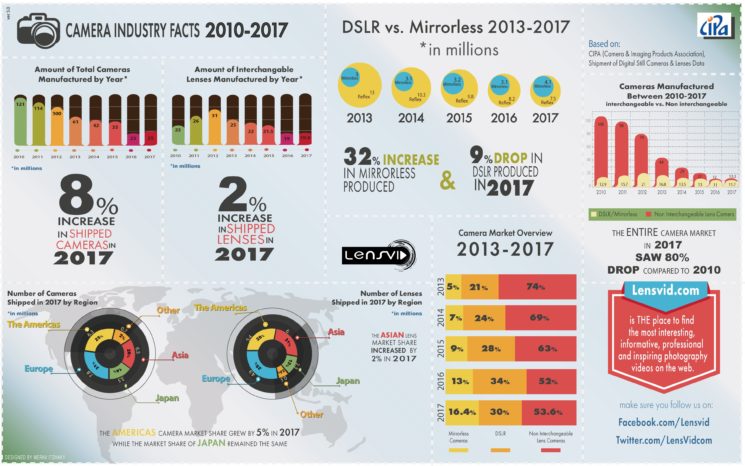 Overall, it’s a positive result for the camera & lens industry. Sales being up can’t be a bad thing. Whether we’ll see the same increase again this year is anybody’s guess. I suppose it depends how good Nikon’s new mirrorless turns out to be if it’s released in 2018, and Canon’s EOS-M50.

Only time will tell , but it’s interesting to say the least. Perhaps phones aren’t entirely taking over, after all.