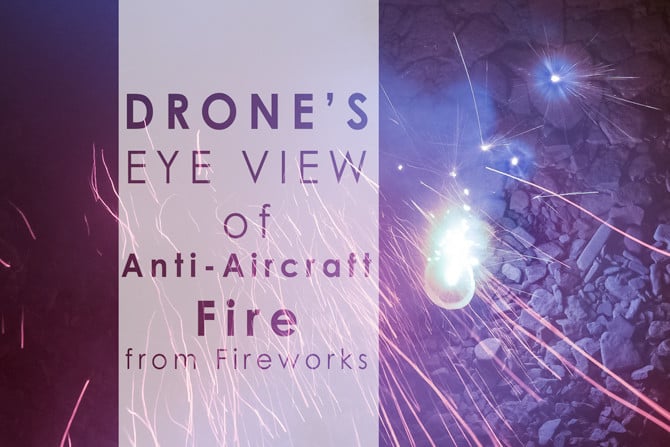 In my review of the Seaport Digital MegaMast, I mentioned a few projects that I was just dying to try…well this was one of them.

Stick $4k worth of camera gear up on a three story high pole and shoot fireworks at it.

Ya – simply because I though it would be amazing…and because amazing sells.

Here’s how I did it…

But You Didn’t Really Use A Drone

Well…no.  No I didn’t use a drone.  No, its not real anti-aircraft fire either.  Yes, I suppose I did write the title to get you to click on the article – thank you.

Yes, that was supposed to be a little funny.

By the way, I’m pretty sure that if I was using a drone, I would have successfully shot it down – you can be surprisingly accurate with a roman candle and drones are surprisingly fragile. 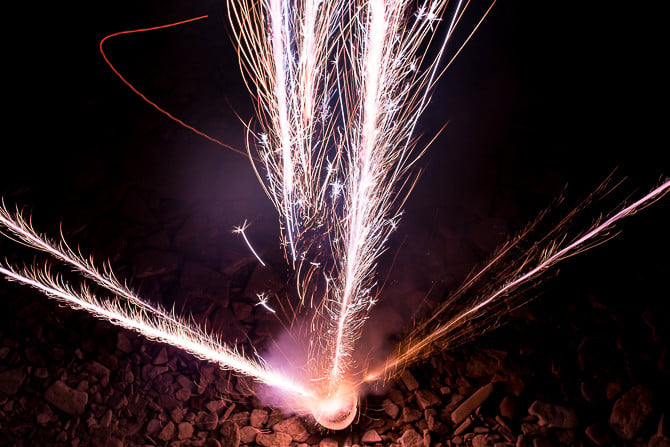 I setup the MegaMast on enough of an angle that the top was almost directly overtop of the bucket of sand that I was launching the fireworks from, and the bottom of the mast wasn’t in the frame.  I used a bunch of rocks from the beach and guy wires to keep it in place.

My camera was positioned to look nearly straight down with a Sigma ART 35mm lens.

I used the DSLR Controller App and a TP-LINK TL-MR3040 router (follow this link for full details on this setup) for live view and remote control of the camera.

Before it got dark, I hoisted the camera up to the top of the mast and focused – then I turned auto-focus off.  Using DSLR controller – I set the camera to take a 10 photo burst – so for every set of fireworks I would get at least 10 images.

I tried quite a few camera settings before I stumbled on an exposure that worked.  As it turns out, a good exposure for the kids playing around on the beach with sparklers was much much different than the proper exposure for fireworks exploding right in front of the camera. 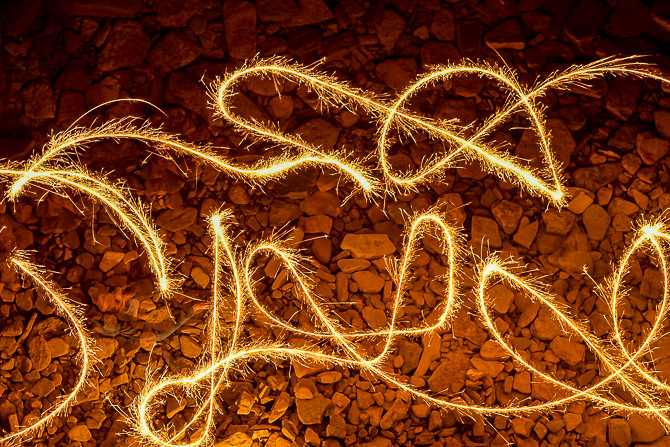 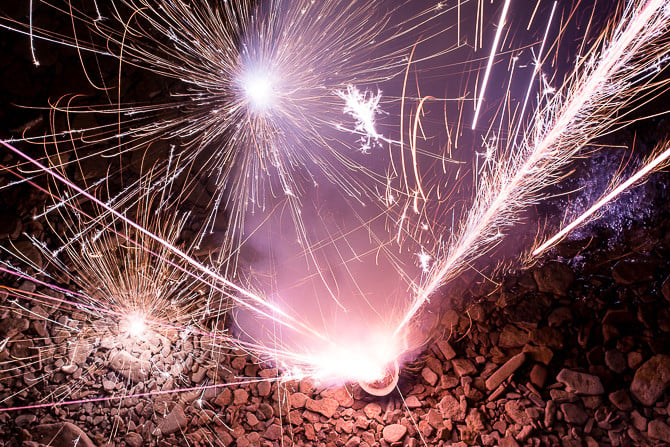 What About The Camera?

I initially thought that it would be pretty unlikely for the fireworks to actually hit the camera – but as it turned out, they did hit it – a few times.

Fortunately, Nikon apparently builds bombproof cameras – because the only damage was a little soot that melted itself into the plastic LCD screen protector on the back. 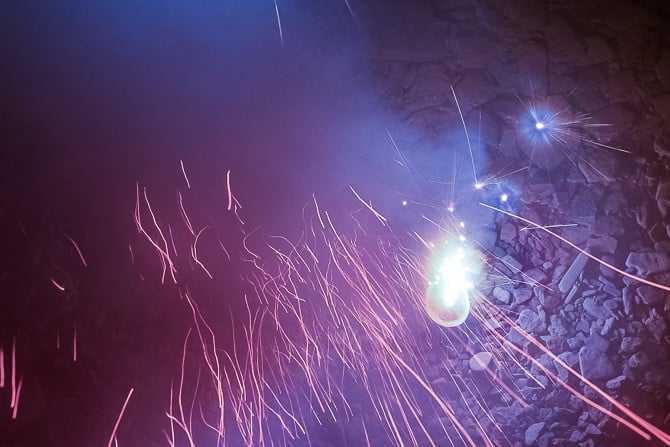 I the future, I think it would probably be wise to put some kind of protective cover over the camera and lens to minimize the risk. 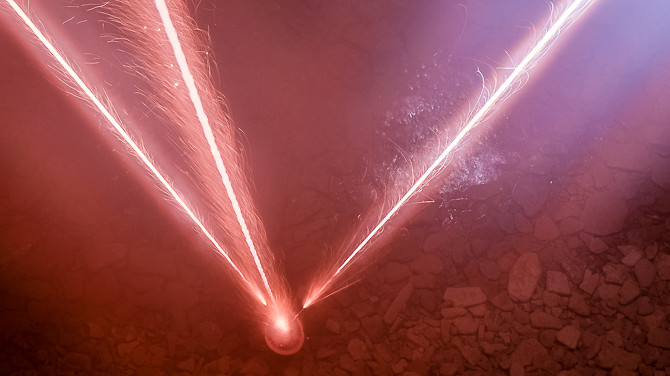 Was the risk worth the reward?

(I know someone probably already left a comment about what an idiot I am…but I’m pretty happy with the results.) 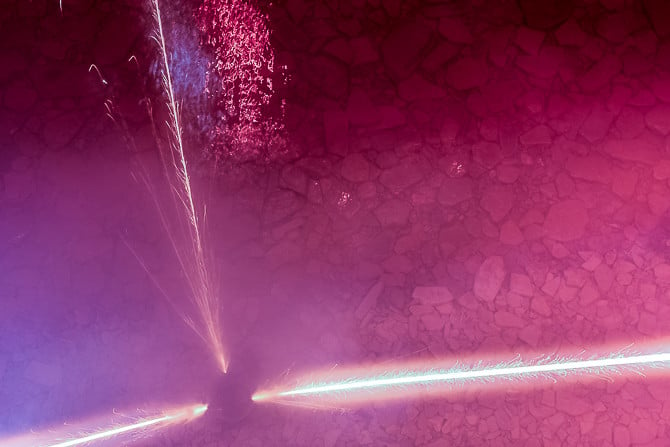