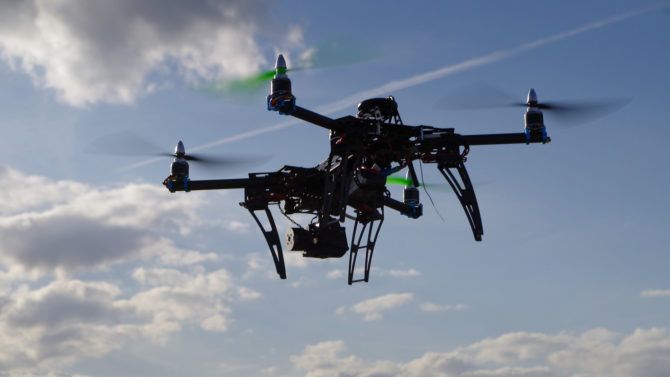 This might sound like a click-baity title, but this is essentially what will happen if the current “Prototype regulations” go through. It’s difficult to know just where to begin when trying to describe how ludicrous some of these regulations are. They would essentially outlaw almost every drone currently on the market. The European Aviation Safety Authority also can’t seem to figure out the difference between drones and “model aircraft”, so they’re being pulled in as well.

In the UK and throughout Europe, right now, we have some fairly healthy drone rules which allow hobbyists a lot of freedom to pursue their hobby. The new regulations would place very impractical if not virtually impossible limitations on what and how you can fly. This video from First Person View goes through the basics of these regulations, and what they mean.

Some of the terms and proposals used haven’t been clarified well enough to really specify what they mean. They’re open to interpretation, which means also open to abuse in the future.

In short, though, they want to break hobbyist drones down into four separate classes; A0 through A3.

A0 covers privately built UAVs. If you want to build your own drone, it must confirm to the following conditions.

Exactly what they consider to be a “build your own” drone isn’t clear. Does this also include self-build kits like the DJI Flamewheel F550 where even just the battery can weigh more than 250g?

Maybe you’re into drone racing and figure “Well, my drone only weights 200g in total, I’ll be fine!”. Sure, you can still build and fly your drone, but how many races are you going to be winning with a 15m/s speed limit?

Also, I don’t know about you, but I haven’t seen many racing drones that contain altimeters and GPS. How would they know how far away from the pilot they are or what height they’re at? Will they even still fall under the 250g limit (or fly at all) once that extra hardware is added?

Classes A1 to A3 cover commercially available drones.

A1 is the “Phantom” category. This is fairly small, commercially available drones, like the Phantom, Yuneec Typhoon H, etc.

The 24v max voltage isn’t a big deal, because most run on 3 or 4 cell lithium, so 11.1v or 14.8v. 25kg is also far more than most drone owners will ever likely raise to the sky. Being limited to 50m above ground, though, can be a problem. That’s a mere 164ft. This also needs to be limited electronically in the drone itself, preventing you from going over.

A2 class flight is a little more restrictive.

I don’t know anybody other than commercial drone pilots who’ve had any form of “training”. Most go out, fly as safely as possible while they learn, and gradually push their boundaries as their experience increases. Most racing pilots learn by doing, not by being shown how.

Geofencing will probably take the majority of current drones out of the sky immediately, as many still don’t offer it. Bolting it on after the fact isn’t an option as the drones need to be flown unmodified from their stock state.

If you want to get a little more height you can fly A3, but this becomes ridiculous.

That last one is going to be tricky. Full redundancy. For everything. Second flight controller, second GPS, second barometer, and software to intelligently switch in the event something fails. There’s no drone on the market that carries full redundancy for everything. All current drones would instantly become obsolete and illegal to fly.

It also requires that if one of your motors fails or you lose a prop, the drone must still be able to fly. This means that pretty much all tricopters and quadcopters would become illegal. If an engine goes down mid-flight on one of those, so does the drone. There is no graceful recovery.

This pretty much limits you to hexacopters and octacopters. But with double the hardware on board, will they still be able to lift the weight?

Oh yes, to fly A1-A3, you must also register yourself with the relevant authority (CAA in the UK). They also require each model aircraft (planes, helicopters, drones, whatever) to be registered with a mini-transponder (more weight) so they can track what you’re doing at any time.

The EASA haven’t said exactly which makes and models of drones will fall into each category, yet. It’s unlikely that the Inspire or Matrice 600, for example, would fit into the same slot as a Mavic Pro, for example.

So, if you’re in the UK or Europe, write to your MP and write to your MEP to ensure these regulations don’t go through in their current state. It will effectively end drone & model aircraft use for the majority of Europe. The rules will simply become too impractical, impossible, or far too expensive to adhere to.

And don’t start with the “Well, we’re leaving Europe!” nonsense, Brexitors. These laws would be implemented before Article 50 would be invoked (if ever), so we’re still stuck with them, even after (if) the UK leaves Europe.

You can read the full prototype regulations here.

If you’re not in the UK or Europe, don’t ignore this, either. These types of regulations entering here can easily pave the way for much tighter restrictions to come in other countries.

« Do you OWN your reflector?
A real softbox for LED lights (and how to extend an Osmo) »