If you are using a spot LED (like the 120T from aputure), you can use “regular” softboxes, but there is really no solution that can further extend an LED panel. 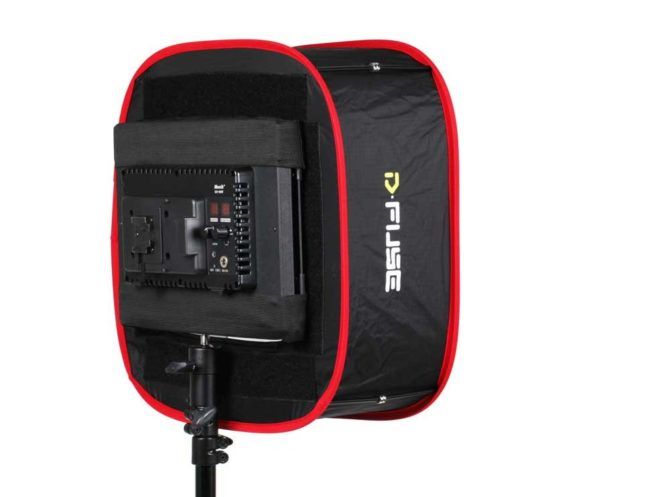 We went to see the Kamerar booth in Photokina and they have a nice solution called D-fuse (they also sponsored our flight to Cologne). D-Fuse is a collapsible box (very similar to a round flash or a reflector) that mounts on an LED panel and makes it bigger. It will eat some lights, but also significantly make your light source bigger.  D-fuse is available in 3 different sizes, and costs 30-45 dollars on Amazon. 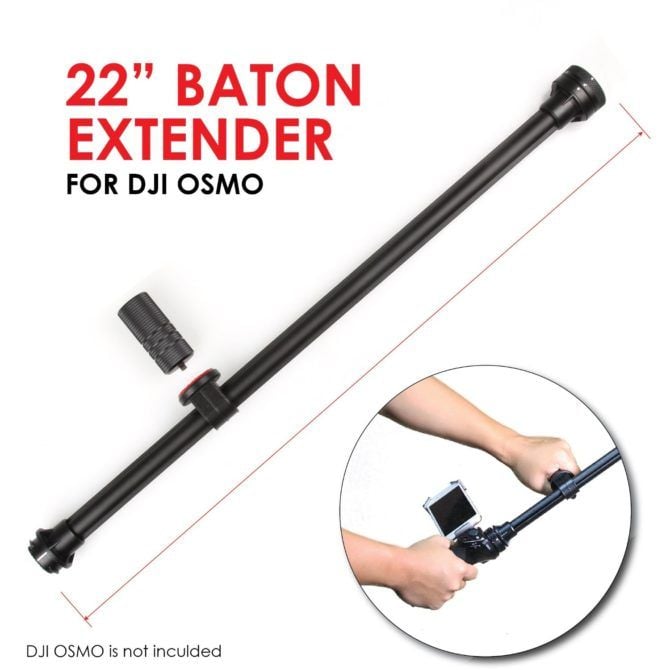 The Osmo baton extender is a device that lets you control an Osmo on the end of a stick. This may seem redundant at first, but once you realize the power that this setup provides, you go, how come DJI is not making this themselves.

The idea is to “break” the osmo into two parts. Put the camera/gimbal on the top of a stick, and the controller on the bottom. The baton is that stick with wiring to relay the Osmo controls. Now you can take stabilized high shots, create “jib” shots and so on. As I said, I am surprised DJI are not making one. You can buy the baton extender for $100 on Amazon.