We’ve been mesmerised for a while now by images and footage of the erupting Fagradalsfjall volcano in Iceland. But just this last week, The Cumbre Volcano in La Palma in the Canary Islands decided to join the action. The documentary video and photography team I Love the World happened to find themselves in the right place at the right time, with drones and a helicopter no less. They have been busy capturing the event and here we can share some impressive examples of what they have been witnessing.

Alfonso Escalero who owns the production company explained to Spanish news channel RTVE that they had been excited to be in La Palma initially to film a documentary about the beauty of the Canary Islands. However, on arrival, they “met hell” with some of the scenes of destruction from the volcano.

Now into its 6th day of activity, the volcano is spewing fountains of ash and lava into the air as it wends its way slowly towards the ocean. 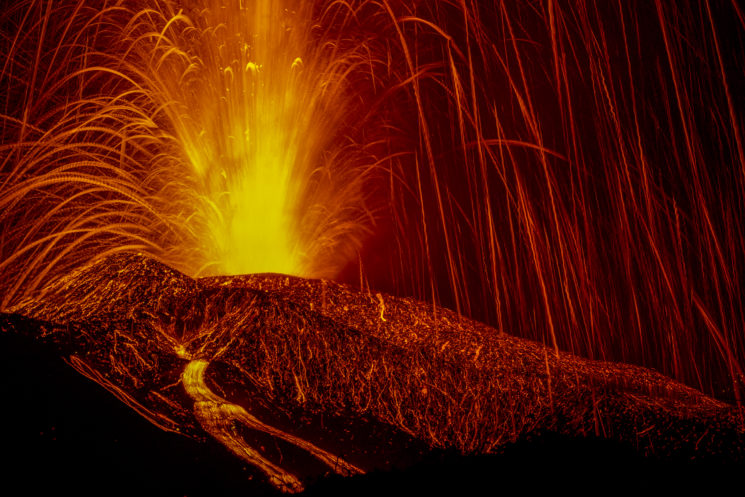 Of course, an event such as this has a considerable impact on the people who live and work in the area. Six thousand people have had to be evacuated from the vicinity and so far 320 homes have been destroyed. Although they had already rented a helicopter and had drones and teams on the ground Alfonso admitted that he was not prepared for the impact on the people and animals saying that it was work “for a war photographer. We [were] not prepared for so much tragedy and pain”.

One incredible image, titled ‘Hope’ was captured by Escalero’s team and shows the moment a single house is surrounded by lava on all sides. The house is apparently being spared when all the other houses in the neighbourhood are taken by the lava flow and has been dubbed ‘la casa milagre’ or The miracle House by Spanish media. 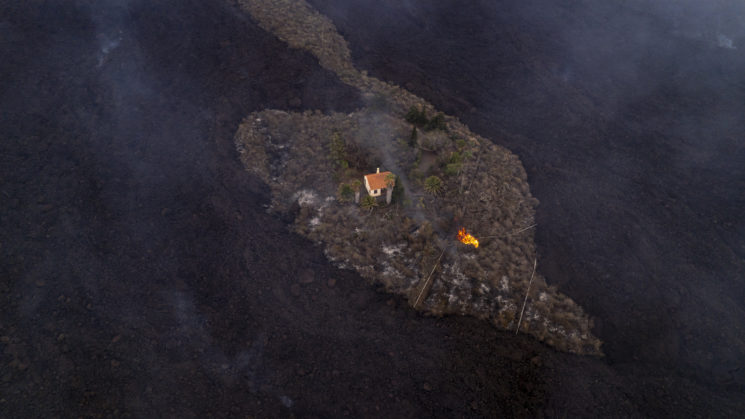 Photographing the volcano is dangerous work. The last time the volcano erupted in 1971, the only person to lose their life was a photographer who succumbed to poisonous gas clouds. Unlike the current Icelandic eruption which is mostly liquid lava and gases from fissures in the ground, the Cumbre volcano is more unpredictable. It is susceptible to explosive eruptions of pyroclastic flow, mudslides and concentration of sulphur and carbon dioxide gases and the authorities are monitoring the situation closely. Thankfully, so far there has been no human loss of life, although the economic impact of this eruption will be felt for many years.

The volcano has already emitted between 6,000 and 9,000 tons of sulphur dioxide a day and the I Love the World team climbed to the top of a nearby mountain to see the effect for themselves as you can see in the image below. 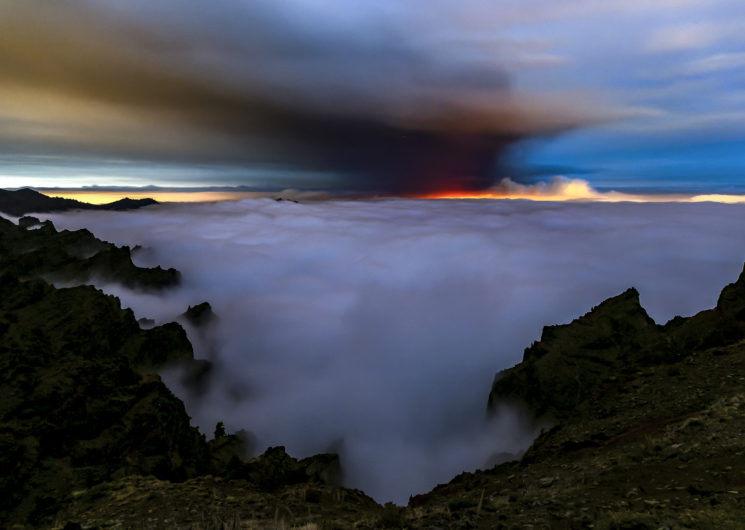 It is not currently recommended to travel to La Palma due to the volcanic eruption and the dangers it poses.