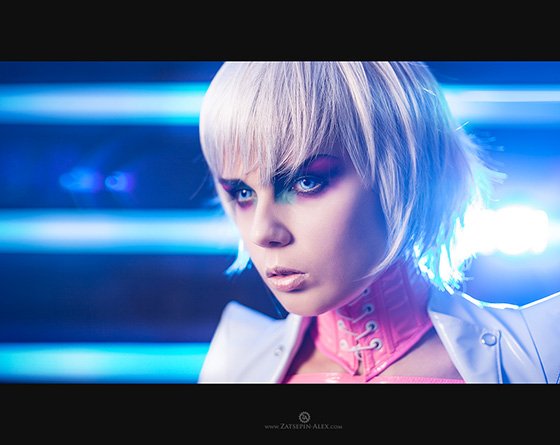 Many times it is the set where you shoot that sets the tone for the photo. I think I demonstrated that pretty well when I turned my living room into a warehouse. With a similar Sci-Fi mood in mind, I created a rig to provide a Sci-fi cinematic look for a shoot. 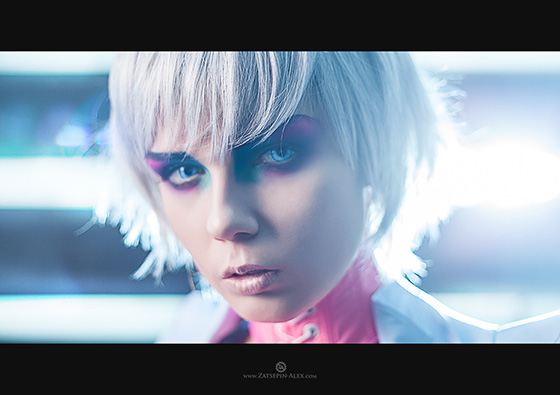 Here is what I used to create the rig:

This specific shot was made for a make up competition so the make up had to be prominent enough, with the background not too distracting. Photographing against a white or a black background was out of the question for boringness. I knew what the make up style was going to be. I opted for a Sci-fi looking light instead. Something that will have bright stripes of light surrounding the dace of the model.

I thought about using fluorescent lighting and immediately dropped the idea. Both for the width of the florescent and for the shutter speed the dim light will for me to shoot in. 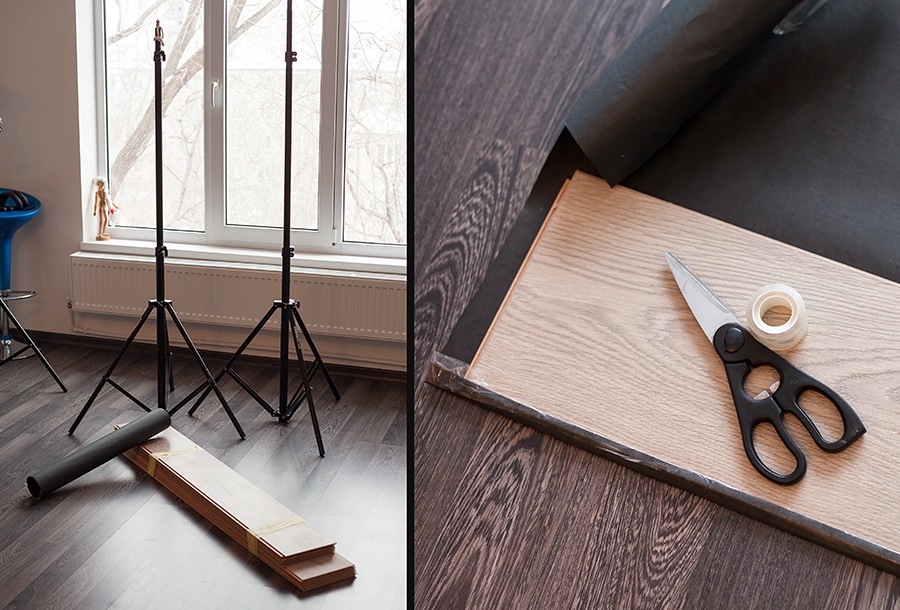 I ended up coming with a concept of dark boards with clear slots in between them. A flash can be positioned behind the stripes wall and create the needed bright light. I laminate flooring planks wrapped with black paper. I positioned them between two light stands. 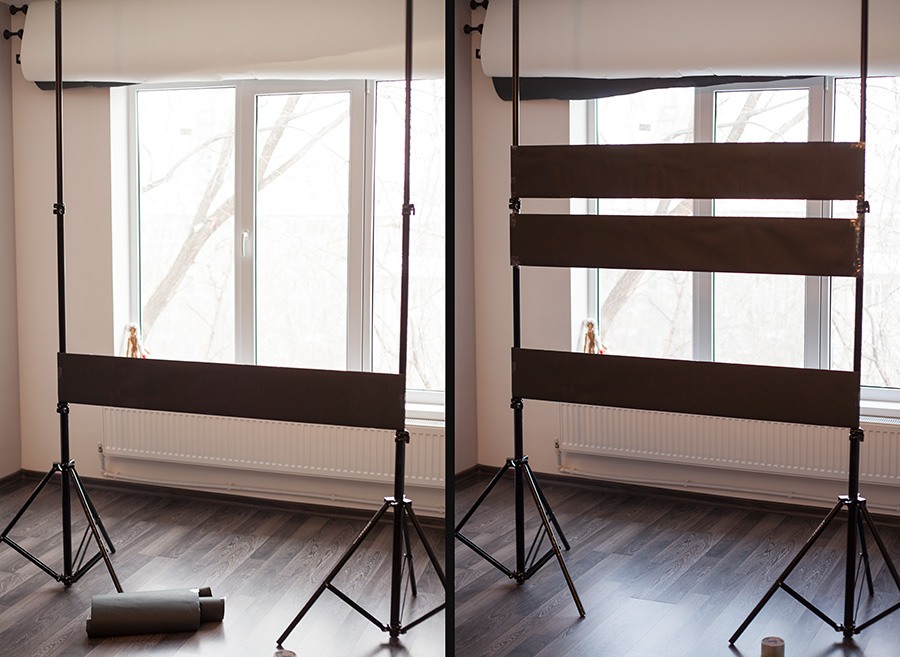 Of course, you could probably use a black paper strip, but I wanted a strong structure that can be moved around the studio.

I used quite a bit of velcro and tape to put it all in place.

This finalized the design and we took care of the placement so that the back wall behind the model will help bouncing some light.
Here are some early experiments, I was not sure what I can get from this device so I tried some shots with and without backlight and with and without a softbox on the back. 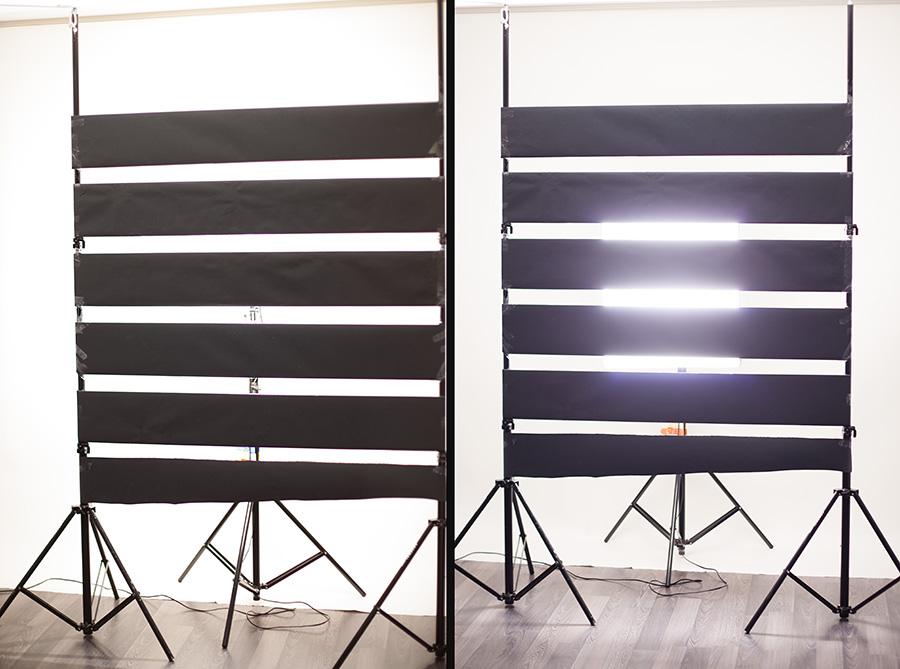 Now to add some color filters and a final test using my beautiful hand as a model, and set up a second softbox.

I liked the back light on the model so back light it was! I used a soft blue filter (and when I say filter, I mean notebook cover). Here is the final setup for the shot: 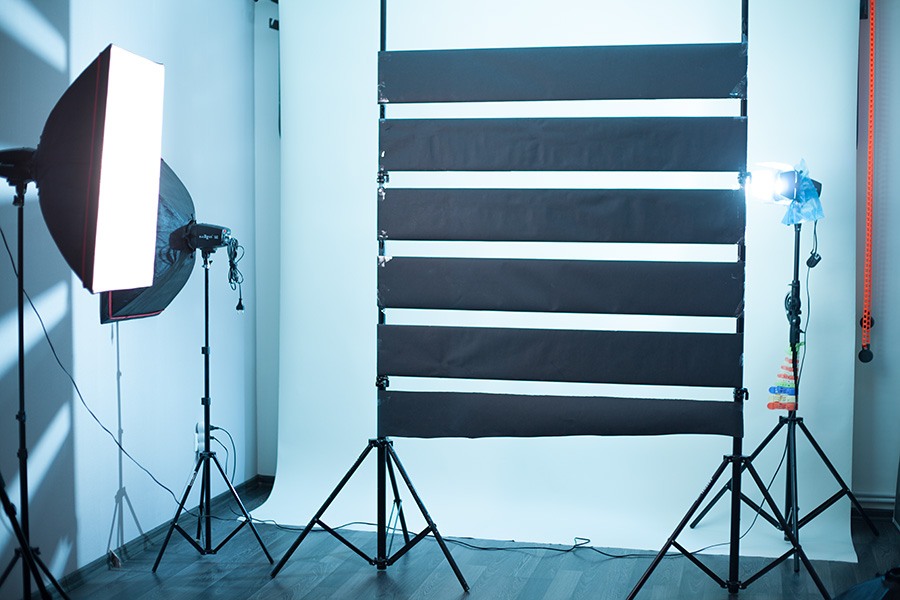 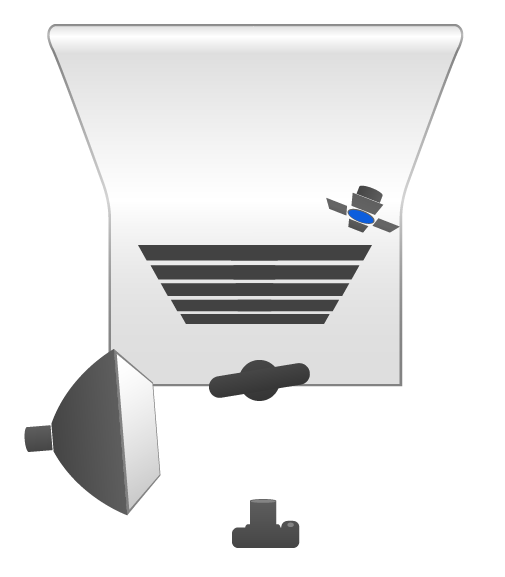 I used some barn doors on the back, bare strobe to avoid a lot of spill and reflections. 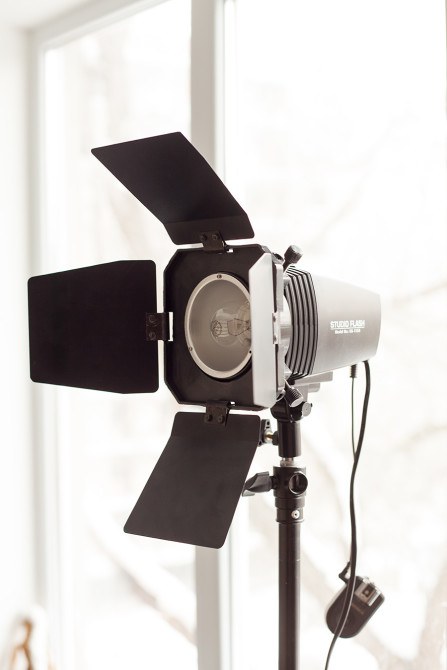 While I really like my look with the strong back flare, I am not sure it best fits a make up competition (remember), as it take a lot of attention from the makeup. I solved this by asking the model to stand on her toes, and move sideways a bit, and hide the light. This gives quite a good control between key light and backlight, and can be easily adjusted.

While the model is getting her makeup 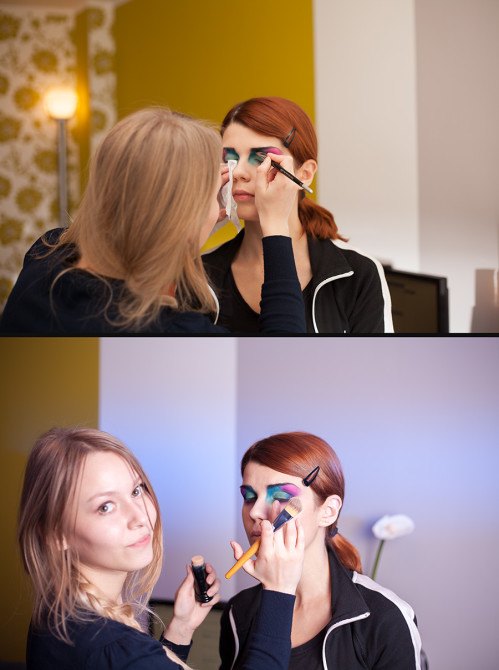 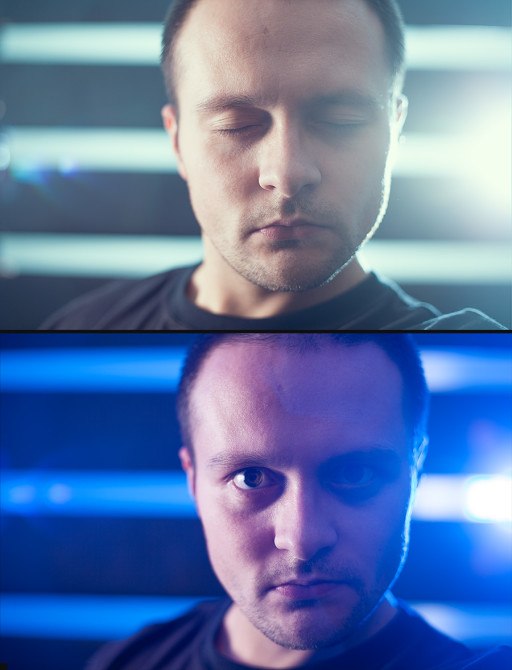 And now the results

This is the picture went on to the competition. It is well lit, no destructing back light, the make-up is perfectly visible. But on top of that, the frame is designed with style and has its own atmosphere. 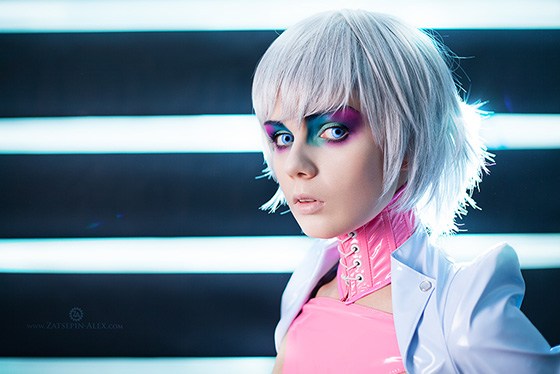 But it is the photos on the top that have the soul and the heart :)

Alex Zatsepin is a photographer based in Moldova. He specializes in Dark Art, fetish, and psychedelic styles. You can see more of his photos on his portfolio and his Facebook page.