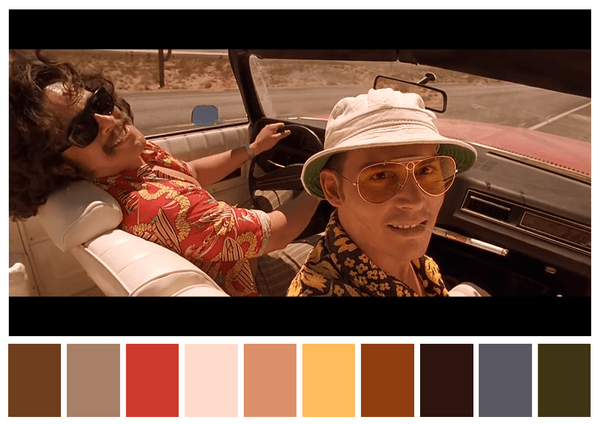 Color plays an enormous part in how a movie makes us feel (or a photo for that matter). In fact, when you look back at a movie, one of the most prominent memories will be how it was colored. Maybe not on a conscious level, but the color palate ultimately gives a movie its feel.

Cinema Palettes breaks the color palate down from some poplar movies. This can serve as a great reference tool when you are seeking inspiration or wanting to set the look for a clip of your own.

Of course, the fact that a palette was a good fit for a moody or a happy film does not mean that it will be a great fit for YOUR moody or happy film, but it can help you gain insights on the connection between color and mood.

P.S. – I was expecting a much more common spread of teal and orange palettes, and saw very little of it. I am quite certain that is has to do with the fact that Cinema Palettes has many older films.