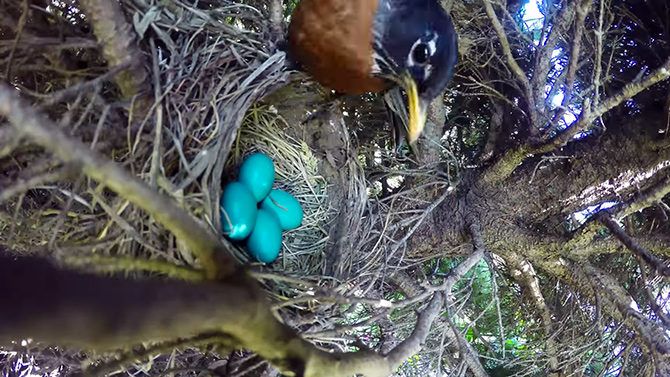 Documenting nature isn’t always as cute and fluffy as we’d like it to be, and when it comes to the law of the jungle, the judge occasionally dons his black cap.

I would imagine that this video isn’t quite what Tan Nguyen expected to capture when he setup his GoPro pointed at this American Robin nest in his front yard, hoping to capture eggs hatching and chicks getting their first taste of life.

Rat snakes trying to eat eggs is nothing new, and something which keepers of pet rat snakes may occasionally offer, but it’s not something one usually manages to see with wild snakes, and almost certainly not what Tan thought hd’d see when he started recording the timelapse with his GoPro.

But, that’s just nature going about its businesses, and animals doing what they need to do in order to survive.

If you feel sorry for the bird, well, don’t.  As this video from Israel a few days ago shows, other birds can be just as predatory and way more calculated than snakes.

What’s particularly chilling about this video is that thanks to the night vision camera’s infrared light, we can actually see the eagle owl right from the beginning of the video, stalking the buzzard nest, pinpointing exactly where they are, ready to silently and swiftly make its move. 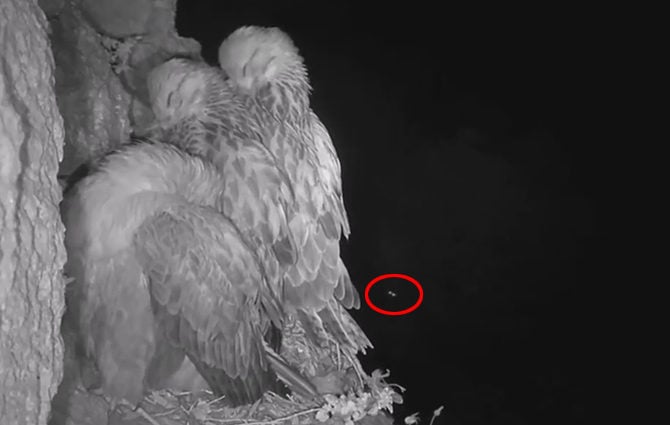 Yup, those are the owl’s eyes outlined in the still above, and the video’s timestamp shows at least a 16 minute period where the owl is just sat there, listening and waiting, with the chicks blissfully unaware of the impending fate one of them will face.

It’s almost like something out of a bad low budget horror movie.

So, if you’re thinking of setting up a camera to watch some wildlife, remember that nature isn’t often pretty and is rarely fair.  You may end up capturing something you don’t particularly want to.

« Photo capturing the Sun, ISS and Mercury in a single frame
How to turn a bad snapshot into a great fine art black and white with Lightroom »