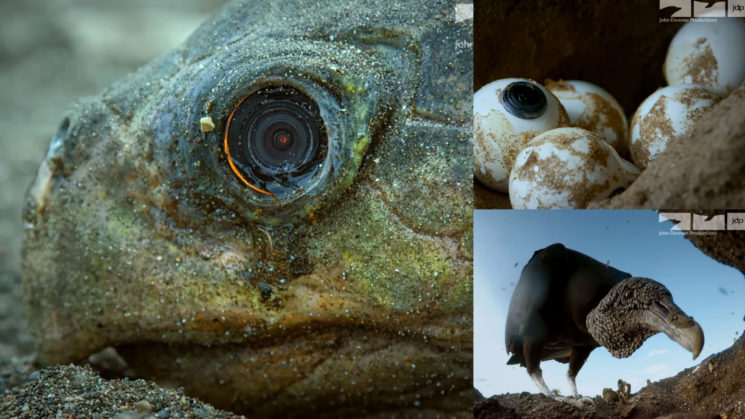 Wildlife spy cameras are getting so realistic that animals are even befriending them. PBS already showed us some of the awesome spy cameras they developed, but I think they’ve taken things to a whole new level with this robotic turtle. It doesn’t only swim the sea and crawl the sand while recording with a camera in its eye – it even lays tiny camera eggs!

This amazingly bizarre turtle-cam was developed for PBS/BBC series The Tropics: Spy in the Wild 2. “Every year hundreds of thousands of olive ridley sea turtles come to the shores of Ostional in Costa Rica to lay their eggs,” the video description reads. “Around 20,000 may arrive in a single day!”

The task of the robo-turtle is to swim and then crawl the sand with the turtles while constantly keeping an eye on them. And I mean this quite literally since there’s a hidden camera placed in one of its eyes. The spy cam films the turtles and their behavior, which will help scientists, conservationists, but also us “regular folks” learn more about them.

Sadly, the turtles’ eggs aren’t perfectly safe when they lay them in the sand as the vultures are lurking on the shore. The buried eggs are beyond their reach, but turtles still laying will have to fend off these thieves. The spy turtle uses this to get a few backup shots. It lays a clutch of “camera eggs” for vultures to steal, so it can get even more shots of all the dramatic events on the Costa Rican beach.

I always find it amusing to see how advanced spy cameras have become. But like I said, I believe this one has raised the bar. And I can’t wait to see what PBS and BBC come up with next.

« You need to stop making these video lighting mistakes and this is how
These photos show a concert played for nearly 2,300 plants »