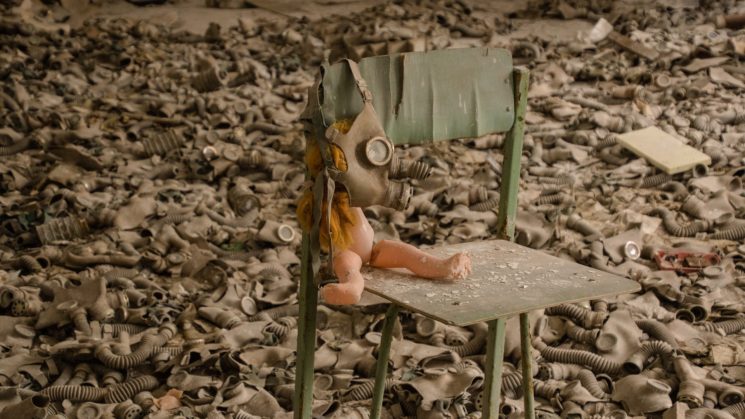 Shortly after it was first aired, TV series Chernobyl took the world by storm. Expectedly, its enormous popularity has taken even more tourists to already quite visited abandoned town of Pripyat. One Instagrammer even set a nude photo shoot at the nuclear disaster site. So, Chernobyl writer, Craig Mazin, recently publicly asked people to respect the site and remember that it was a place of tragedy.

According to some reports, tourism at Pripyat has increased by 40% since the series started airing. In the age where Instagram likes are everything, it’s no surprise that some people are doing everything to get them. Even if it means undressing and posing for photos at the site where a terrible disaster took place.

Some photos from the Zone of Exclusion have made Craig Mazin speak out. In a tweet, he reminded people that a terrible tragedy occurred at the site and that they should show respect for “all who suffered and sacrificed.”

Chernobyl’s exclusion zone is already on a “bucket list” of many photographers and urban explorers (myself included). DIYP has featured plenty of great photos from there, but all of them are tasteful and the photographers were respectful to the site. However, the TV series Chernobyl has made the place more popular than ever practically overnight. As a consequence, people rushed in to take Instagram-worthy photos. And not surprisingly, some of these people don’t have the slightest respect for the terrible tragedy that occurred there.

I say “not surprisingly” because we’ve seen cases like this before. In 2017, a photographer and his model got arrested over a nude photo shoot at an ancient Egyptian temple. The following year, a couple got under investigation over another nude photo shoot in Egypt, this time atop the Great Pyramid of Giza. It was just a few months ago that Auschwitz Museum asked its visitors to stop using the camp’s railway track as a balance beam. When it comes to Instagram shoots, it seems that some people won’t respect anything, whether it’s a picturesque neighborhood, an ancient monument, or a place of tragedy.

I certainly understand why Chernobyl is so popular. It’s currently the highest-rated TV series on IMDb, and in my opinion, it definitely deserves the current 9.6 score. But to anyone who treats the site with disrespect, I have one thing to say. If you take inappropriate photos from the exclusion zone, they may popular on Instagram. But keep in mind that you wouldn’t get a “like” from anyone who had to suffer through that terrible tragedy 33 years ago. Remember that before you act like a jerk just for the sake of Instagram likes.

« Nikon to release a $900 mid-level and a high end D5-equivalent mirrorless cameras
Texas institutions can use your copyrighted photos for free, court rules »