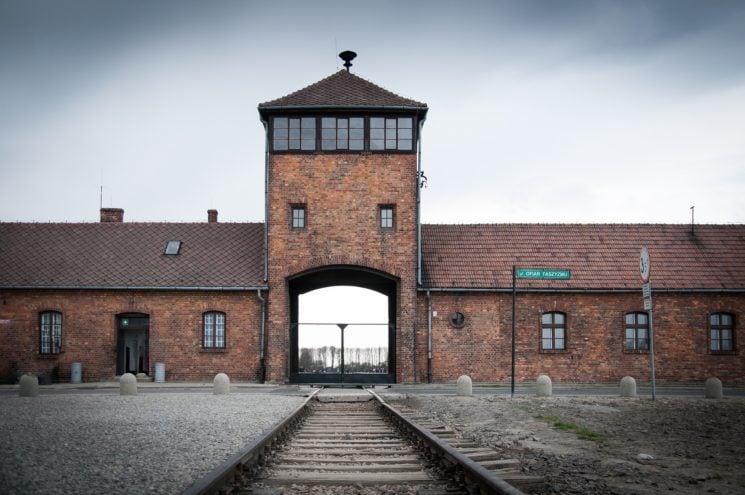 When posing for photos, especially Instagram photos, people often forget about good taste and respect. Because of this, Auschwitz Museum is publicly urging its visitors to stop posing on the railway tracks that carried hundreds of thousands of victims to their deaths.

In a recent tweet, Auschwitz Museum shared a few photos from visitors, asking them to show some respect to the site and to the memory of Holocaust victims. “There are better places to learn how to walk on a balance beam than the site which symbolizes deportation of hundreds of thousands to their deaths,” the tweet reads.

When you come to @AuschwitzMuseum remember you are at the site where over 1 million people were killed. Respect their memory. There are better places to learn how to walk on a balance beam than the site which symbolizes deportation of hundreds of thousands to their deaths. pic.twitter.com/TxJk9FgxWl

Auschwitz was the deadliest concentration camp established by Nazis during World War II. In modern day, the memorial has plenty of visitors every year, with the record number of over 2.1 million in 2018. In an interview with Business Insider, Pawel Sawicki, a press officer at Auschwitz Museum, said that most of the visitors didn’t pose any problems. However, he said that there was an increase in photos of people posing on the railway tracks, and it demanded a response.

Sawicki added that a part of the museum’s mission “is to protect the memory and dignity of the victims of Auschwitz.” Although the museum has publicly called out people who pose on Auschwitz’s railway tracks, the goal was not to shame them. According to Sawicki, the aim was to raise awareness among visitors and have them “aware of the nature of the place they visit.”

In a later tweet, Auschwitz Museum noted that photography at the site wouldn’t be banned, but the visitors should behave respectfully when taking photos. The staff referred to the museum’s Instagram account for examples of photos that commemorate victims without being disrespectful to the sad and tragic history of the place.

Photography at @AuschwitzMuseum will not be banned. Yet, we ask visitor to behave respectfully, also when taking pictures. See our @instagram account to see how images can commemorate victims & teach difficult and emotional history of #Auschwitz: https://t.co/QB6hodnnJe https://t.co/ISHepSqf2k

A post shared by Auschwitz Memorial and Museum (@auschwitzmemorial)

Personally, I’m not surprised by people’s narcissism and the need to be in every photo they post on social media. But I am surprised how easy they forget about the grim history of a place such as Auschwitz and how easily they strike a pose for a “fun” photo. I think that Auschwitz Museum did the right thing by making a public appeal. And I hope that it would be enough for people to stop and think for a minute before they say “cheese” at this gloomy place.