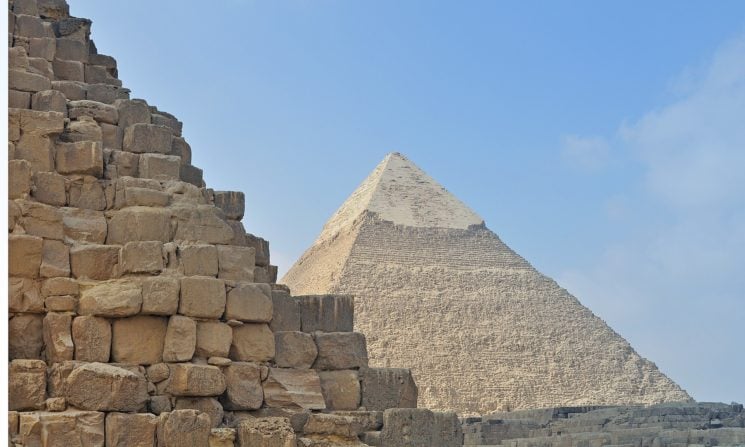 A recent video posted by Danish photographer Andreas Hvid has caused quite a stir in Egypt. The video shows Hvid and his female friend allegedly climbing the Great Pyramid of Giza and ending up in a “naked embrace” at the top. After the video was shared online, it has been severely criticized, and Egyptian authorities are investigating its authenticity.

In the video, Hvid explains that he and his friend climbed the Great Pyramid of Giza (a.k.a. Pyramid of Khufu, Pyramid of Cheops) in late November 2018.

“Fearing to be spotted by the many guards, I did not film the several hours of sneaking around at the Giza Plateau, which lead up to the climb.”

According to CNN, minister of Antiquities Khaled al-Anani called this video “a violation of public morality.” It’s not only that the act itself is disrespectful, but climbing pyramids is illegal. Therefore, both the climb and the video will reportedly be investigated by the attorney general in Egypt.

Ahram Online is, however, reporting that the video is fake. Ashraf Mohi, director general of the Giza Plateau, explained that there is heavy security at the pyramids after 5 p.m. when the area closes. He added that the area around the pyramids seems “too brightly lit in the video,” while in reality, it is much darker at night.

Either way, the video is apparently being investigated and it is still to be confirmed whether it’s real or fake. It can still be seen on Hvid’s YouTube channel, even though the image of the “naked embrace” was removed from his Instagram. You can find the photo here if you’re curious, but be aware that it’s pretty NSFW.

You may remember that last year a photographer and a model were arrested over a nude photo shoot at an ancient temple in Egypt. They ended up spending a night in a police station, but the photos were, nevertheless, later published. If Hvid’s video is real, then I suppose he will not only be prosecuted for nude photos on top of the iconic site, but also for climbing it – which is against the law.

Personally, I think you should respect not only the law, but also the culture of the country you travel to. But hey, that’s just me. What do you think? Should Hvid be fined if the video was really taken on the Great Pyramid?

« Sony pulls a7/R III firmware v2.0 from its website, issues include “camera stop working”
A family looking for a photographer to travel the world with them, pays over $100,000 »