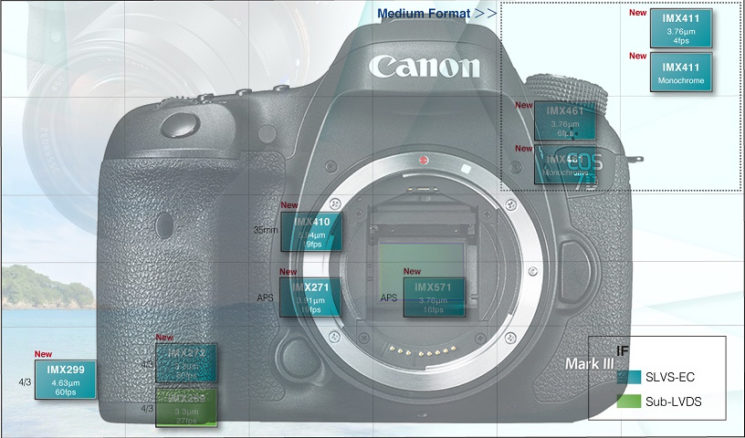 Well, this is interesting, if it turns out to be true. Canon Rumors says they’ve received a report that an upcoming Canon APS-C interchangeable lens camera is going to contain a Sony sensor. Specifically the Sony IMX571, a 26MP APS sized sensor destined for DSLRs – although it could go in a mirrorless, too.

Canon has used Sony sensors in the past in its PowerShot line of point & shoots. But to use a 3rd party sensor in an interchangeable lens camera appears to be a new move for Canon. It’s an interesting decision to make, given that Canon has just started licensing out their own sensors for companies for use in 3rd party devices. 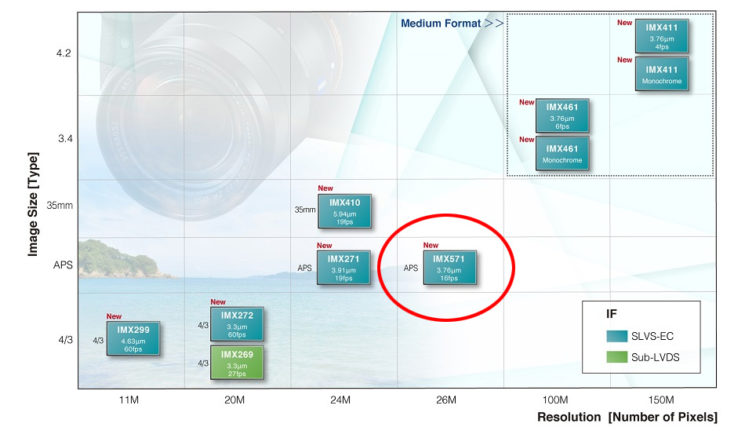 The Sony IMX571 is a backside illuminated 26-megapixel APS sized CMOS sensor capable of shooting up to 16 frames per second. With specs like that, it definitely seems on the higher end of the APS-C spectrum. And with the Canon 7D Mark II released over four years ago, in September 2014, it’s about due for a refresh. So, we might have a fast shooting 7D Mark III on the horizon.

Or, now that Canon seems to be taking mirrorless cameras more seriously, this might be the first of a new breed of “Pro” EOS M cameras aimed at sports and wildlife shooters. And, given that this is a Sony sensor, which lacks dual pixel autofocus, a mirrorless seems like it might be more likely.

I suppose we’ll just have to wait and see.

It’s suspected that this sensor currently resides inside the new Fuji X-T3. And it may be what we see in the new A7000 (or whatever it ends up being).

Side note: Sony’s sensor product list also lists a new IMX533 9MP 1:1 square BSI CMOS sensor with the same pixel pitch designed for 360° cameras. Same interface, too, but with a 63 frames per second readout. That could make for some interesting 360 cameras coming in the next year or two.