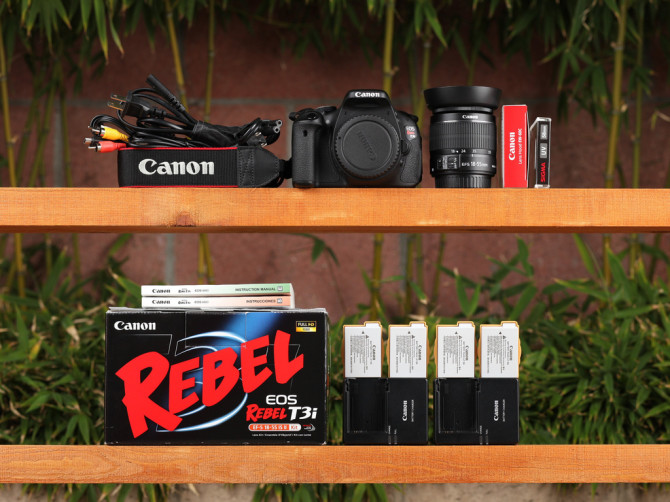 The Canon Rebel T3i is the first dedicated camera to show up on the list. (Photo: Canon T3i by Andy Malmin)

In fact, the cameras that hold the title of not only the most used, but also the second, third, and fourth most used cameras on the popular photo sharing website might grab your attention. Chris Gampat from The Phoblographer, did some researching on the matter recently and discovered that the usual suspects from Canon or Nikon don’t even make the list until the 5th place slot. Do you know which camera model holds all the glory? If you guessed Apple, pat yourself on the back. The iPhone 5, the iPhone 5s, iPhone 4s, and iPhone 4 round out the top four, respectively, while Canon finally makes it on to the board with their Rebel T3i claiming fifth.

The data, which is available via Flickr’s Camera Finder Tool, serves as a reminder of how widespread photography has become as our smartphones progressively approach new levels of quality and, perhaps more notably, accessibility.

As Gampat points out, there has been a growing interest in photography and more and more hobbyists are shooting photos with their mobile devices and investing in entry level equipment, which helps to explain the stark turn around from when these polls showed models like the Canon 5d Mark II among the most popular.

The charts on the Camera Finder help serve as evidence of the clear shift in how we are collectively taking our photos.

To that end, however, Canon was number one on the list of camera brands used on Flickr with 234 different models represented. Apple, Nikon, Samsung, and Sony round out the top five most used brands.

[ via The Phoblographer | Photo: Canon T3i by Andy Malmin on Flickr ]

« Someone Put A GoPro In An Owl’s Nest; Owlets Give It An Adorably Thorough Investigation
How To Tell A Good Battery From A Dead One? Bounce It! »