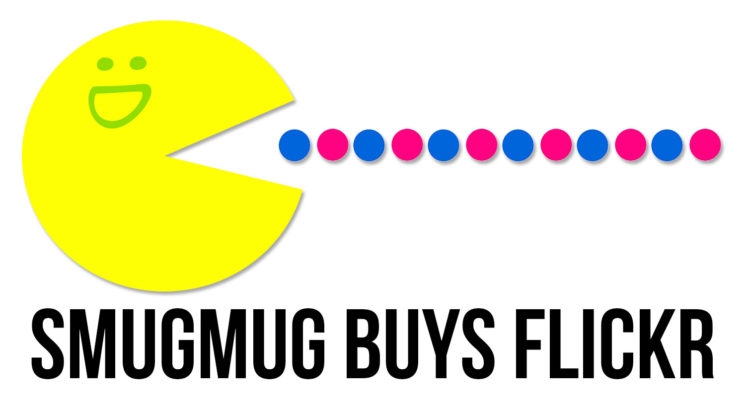 Here is something we did not see coming. SmugMug, a photo management company, just bought Flickr, one of the foundation pillars of online photo sharing.

The purchase amount remains unknown, as well as the other terms of the deal.

Alastair Jolly, Global Marketing Manager for SmugMug tells DIYP that “Through this acquisition, SmugMug will now extend this dedication to the largest photography community in the world benefitting tens of millions more photographers and putting their work and inspiration first. The acquisition also builds on SmugMug’s vision to help photographers at all levels share and sell stories”

If you are a user of either of those services, Smugmug tells DIYP that each site will keep its entity and separate operations. If I had to guess though, I think we will see at least some integration in the future, such as direct import and export and maybe some level or portfolio display utilizing Flickr photos via the SmugMug display system.

Looking at this deal via Flickr glasses, it looks like this was a life0line for the image sharing platform. It slowly decayed after being bought by Yahoo, to the point of massive abandonment and calls to make Flickr great again.

Then Flickr made that silly mistake of putting Creative Common photos on its marketplace, and later apologizing and reversing that decision.

Actually, the last news we heard about Flickr is the uncertainty of its future after Yahoo was bought by Verizon.

Here comes the good news, Yahoo! neglected Flickr passing on the opportunity to be the first “Social Platform” in the world. Now SmugMug, will hopefully put the focus and resources to make Flickr great again.

Here is the full press release:

SmugMug and Flickr Unite to Form the World’s Most Influential Photography Community MOUNTAIN VIEW, CA – (April 20, 2018) – SmugMug, the largest, most comprehensive, independent photo management platform in the world, today announced it has agreed to purchase Flickr, the online photo management and sharing application. Together, SmugMug and Flickr represent the world’s most influential community of photographers, marrying SmugMug’s deep industry expertise and strong digital tools with Flickr’s global tribe of tens of millions of photographers. Following the close of the transaction, the brands will continue to operate as separate entities with the shared goal of providing photographers with both a place to fit in and a place to stand out. SmugMug and Flickr believe that all photographers— from the hobbyist to the prosumer to the professional—belong together.

“Since day one our passion has been empowering photographers to tell the stories they want to tell, the way they want to tell them, and our investment in Flickr reaffirms this commitment,” said Don MacAskill, CEO of SmugMug. “Uniting the SmugMug and Flickr brands will make the whole photography community stronger and better connected. The enduring quality of photography is so much more than clicks and likes—photography has the power to change the world. Together, we can preserve photography as the global language of storytelling.”

Established in 2002 as one of the first photo storage and sharing services, SmugMug is home to millions

of passionate photographers and billions of secure photographs. The SmugMug platform provides photographers with website designs that offer a safe, easy and convenient way to share, showcase and sell their stories. SmugMug gives photographers complete control over who accesses their photos, and provides robust e-commerce features that make it easy to turn passion into profit.

At its heart, SmugMug encourages and empowers its community of photographers to learn, share, and inspire one another. SmugMug provides 24/7 support, from real people, along with tips, tutorials, and training events, and also hosts webinars and forums with leading photographers.

Founded in 2004, Flickr is an active, global community of photographers that encourages users to find their inspiration. Home to tens of billions of photos and two million groups, photography lovers come to Flickr to share their passion, discover spectacular images, hone their craft, and engage with friends old and new.

“We share SmugMug’s mission to cater to people—professionals, amateurs, and everybody in between— who invest time, energy and love into their photos,” said Andrew Stadlen of Flickr. “We look forward to becoming part of the SmugMug family and continue to grow, innovate and delight our global community of photographers.”

You can read more on SmugMug and Flickr announcements.

Why Flickr is a diamond in the rough, and how to make it awesome again

« Laowa announces four new lenses including 100mm f/2.8 2:1 super macro
Is Flickr Still A Relevant Social Media Outlet? Yes – and You Should Use It! »