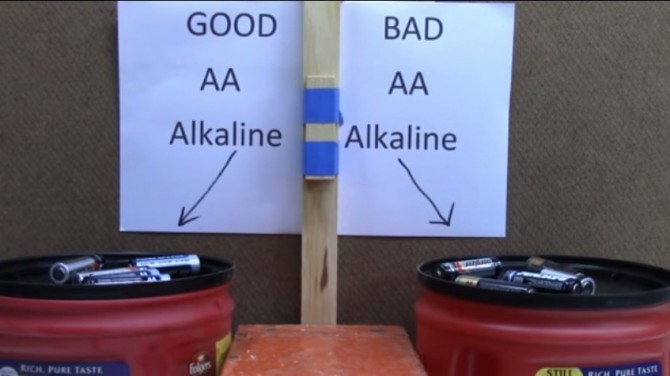 Batteries are a drag. They are loaded or unloaded, dead or alive and generally just always find their way out of their boxes and into to your bags floor, where they sit quietly and rot and destroy the bag…

Our usual recommendation is to use rechargeable batteries as default, but I always carry an extra set of Alkaline batteries as spare as well.

Engineer Lee Hite tested the theory that a dead Alkaline battery will bounces while a good battery will stay. Hite tested a few alternative explanations, including a test to see if the bounce is coming from released gas.

After dissecting a set of good and a set of bad batteries, Hite discovered that the electric paste inside the battery dries up upon usage and no longer absorbs the fall impact, thus enabling the bounce: