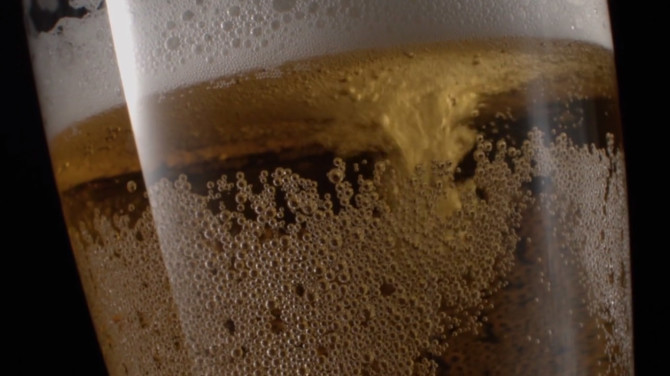 Innovation plays a large part in creativity and vice versa. When photographers are able to find the perfect balance of those two things, awesome ideas using unusual methods are created. Such is the case when Sedley Place was tasked with creating an innovative ad campaign for Diageo, the parent company of Smirnoff and Guinness. They decided on a “Liquid Landscape” theme, which would feature slow motion close up shots of frosty glasses of beer and swirling mixed drinks.

To be able to maintain a large depth of field while shooting moving liquids at macro ratios, the creators came up with an unorthodox equipment setup to capture extreme close-ups of frosty glasses of beer and mixed drinks. Using for a borescope camera, a type of camera used almost exclusively in the biological and science photography realms, the photographers were able to capture the mouth watering footage with very little loss of detail.

“Borescopic refers to the camera lens itself. Essentially, it’s a long tube of lenses which apply a high level of magnification to the image. We shot on an ARRI Alexa in 16:9 format, at 120 frames per second…Every level of magnification requires a multiplication of light in order for the camera aperture to open the appropriate amount. To achieve this level we used a 4K lighting rig with a complex series of reflection cards and diffusers to evenly spread this intense light across the scene.” 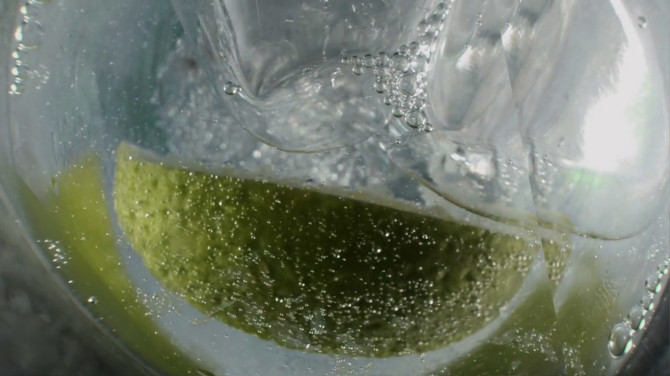 The footage will be displayed on huge, mural sized LED screens across the atrium, bar, and meeting hub of Diageo company headquarters and intended to serve as unobtrusive pieces of moving art/advertisement. I’d say their mission has been accomplished–it pacified me right into grabbing a cold one.

Take a look at the demo reel, below, but be warned, it might have you reaching for cocktail.

Five innovative ways to isolate the subject in your photos

« How To Tell A Good Battery From A Dead One? Bounce It!
Photographer Melts The Face Off His GoPro In A Volcano; Luckily The Drone Survives »