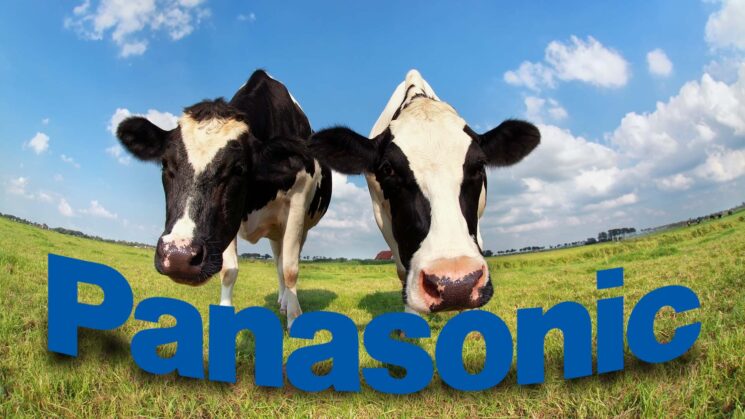 Fixing distortion and tilt is a tricky problem. It was solved back in the large format days by having lens boards and film backs that could tilt, shift and move around in all kinds of directions. And while tilt-shift lenses are available for modern cameras, the one thing they can’t fix is lens distortion – particularly from things like fisheye lenses. Of course, such distortion can be fixed in software using manual tweaks or custom lens profiles. But figuring it out automatically?

For software to figure out how to correct such distortion usually takes multiple images so the software can “learn” the characteristics of a lens. But according to Nikkei, Panasonic has developed a new technology that seems to be able to do it from just a single image. Right now, it’s still in the testing stages while they determine if the method can be practically implemented.

The company says that previous methods required multiple images of the same scene for software to have enough data to be able to understand how much it was distorted accurately. The more pictures, the better its understanding, but the longer the process takes. It was a trade-off between speed and accuracy. The new algorithm was written by Panasonic engineer Nobuhiko Wakai, who says he “rewrote the world view of camera calibration”.

His method is able to figure out all of this stuff from a single photograph, meaning it could be applied to just about any image (and potentially video) from any camera and lens combo. And not only does it use fewer images, but it’s said to be significantly faster.

The original Nikkei article is behind a subscriber paywall, but Digicame-Info has provided a summary:

Using the new method, images shot at an angle or distorted images shot with a wide-angle or fisheye lens can be instantly corrected to horizontal images without distortion.

Moreover, only one image is required for variable extraction for the conversion. Previously, multiple photos were required. “It will be possible to (automatically) correct images using only a smartphone or camera,” says Mr. Wakai.

One of the technical trends that has been announced at international academic conferences over the past few years is “deep layer single image camera calibration technology,” which calibrate the camera from a single image. However, because there is little information to use for estimation, “It is very difficult and the accuracy was insufficient until now,” he said.
As a result, trial and error became unnecessary, and the learning time was shortened to “27 years for the conventional method and 1 day for the proposed method.”

The new technology is said to be able to instantaneously correct distortions and tilt with a high degree of accuracy from a single image. It will also be able to correct images without any specific lens data. This potentially means that it will work with all of those old and new manual focus lenses, as well as lenses adapted from other camera systems that don’t have EXIF communication with the camera body.

At the moment, Panasonic appears to be testing the method using actual data for possible practical application. If it proves out, we hopefully won’t be waiting for too long to get it in our hands.