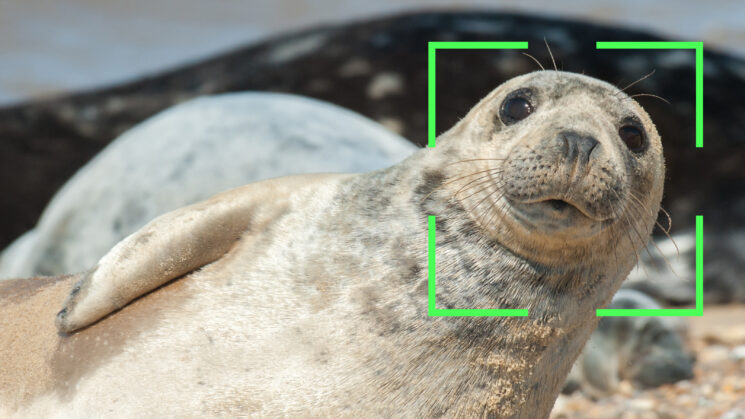 When I think of facial recognition, things like surveillance and privacy issues are the first to spring to mind. But like most technology, facial recognition can be used for good, and that’s exactly what scientists at Colgate University are doing.

They have developed an image database that uses facial recognition technology to track the seals. It’s a part of a conservation effort, making it much faster, easier, and more efficient to identify, track, study, and ultimately help the animals.

The researchers have created SealNet, a software package that automates the photo identification of seals. It uses a graphical user interface (GUI) software to detect, align, and chip seal faces from images, and a deep convolutional neural network (CNN) to classify individual seals. The CNN is suitable for small datasets, for example, 100 seals with five photos per each.

The SealNet technology was piloted with a population of harbor seals located within Casco Bay on the coast of Maine, USA, the researchers explain in the paper. They sampled images over 2019 and 2020, and it was enough to get the dataset optimized for SealNet development and testing. And yes, seals are very different from each other, they don’t all look alike. The researchers explain that they achieved 88% Rank-1 and 96% Rank-5 accuracy in closed set seal identification.

SealNet automatically detects a cute seal face in a picture. Then it crops it and recognizes the seal based on facial patterns such as eyes and nose shape. It’s pretty much the same as human facial recognition, actually. There’s a similar tool called PrimNet, used to recognize and track primates. It was also used on seals, but the researchers say that SealNet outperforms it.

So, what’s the use of seal facial recognition? Well, the current tracking and research methods are time-consuming and expensive. They’re also highly invasive, which definitely isn’t something you want as a part of conservation efforts. “The one problem we have with seals is that observing individuals and what they’re doing over the season — you know, over the course of a summer or over years — that takes a lot of time. And the methods that we’ve used over the past few decades are very expensive and time-consuming,” said one of the SealNet creators, biologist Krista Ingram. “That includes getting a sense of the seals’ migratory patterns — in other words, how often do they return to the same places?”

With SealNet, biologists and conservationists could overcome many of the obstacles the current solutions introduce. “We’re sort of taking conservation biology into the 21st century by using this type of technology,” Ingram said. SealNet automates the process, so scientists get the type of data they need much more quickly. Ingram added that the next step is to improve SealNet’s accuracy, and once that’s done, it will be offered up to others for free.

Michelle Berger, an associate scientist at the Shaw Institute in Maine, commented on SealNet in a conversation with the Associated Press:

“Once the system is perfected I can picture lots of interesting ecological applications for it. If they could recognize seals, and recognize them from year to year, that would give us lots of information about movement, how much they move from site to site.”

Other than primates and seals, scientists also use facial recognition to track puffins. Examples like this remind us that new technologies aren’t something to be afraid of – as long as they are in hands of those with good intentions.

« Sigma to release its first Nikon Z mount lens, the 60-600mm f/4.5-6.3 Sports in 2023
Panasonic has developed an innovative new way to correct distortion and tilt from single photos »