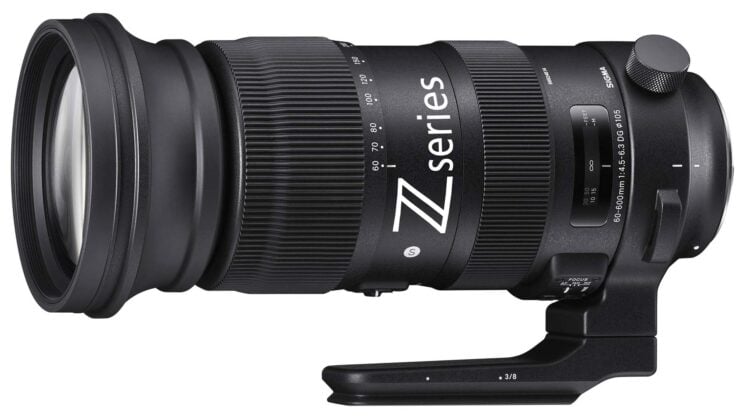 Well, this certainly has taken a while but it looks like Sigma’s getting ready to release their first Z mount autofocus lens in 2023. And it’s not just a Z mount version of an existing lens – although, I expect those will come in time – but a new lens announcement. According to reports, Sigma will be announcing a 60-600mm f/4.5-6.3 DG DN OS Sports lens in 2023 – a mirrorless refresh of the Sigma 60-600mm f/4.5-6.3 DG OS HSM Sports for DSLRs.

So far, the rumours say that it will be coming in Nikon Z and Sony E mounts, with no mention of anything else. But given that Sigma’s in the L mount alliance and has two L mount mirrorless cameras of their own – the Sigma fp and fp L – I can’t imagine they won’t release it in L mount flavour, too.

The news comes from Digicame-Info, but it’s believed that the information may come from those behind former serial leakers Nokishita, who quit posting on their own Twitter account in January of this year. Other than the fact that the lens is coming and that it’ll be Sigma’s first Z mount lens, there isn’t really any other information.

Z mount Sigma lenses, particularly the Art and Sports series, will be a welcome sight for Nikon Z shooters who’ve seen the flurry of Sigma DG DN lenses being released for Sony E and Leica L mount over the last four or so years. Nikon APS-C Z-Mount shooters will likely also be keeping a close eye on Sigma’s DC DN Contemporary range, which recently started expanding to Fuji X mount, to see which will be coming for their cameras.

If the rumour is true and Sigma is indeed releasing a Nikon Z mount lens in 2023, hopefully, they’ll be quick to refresh other existing lens models to the new mount. For Fuji X, there are only four. For Micro Four Thirds and Canon EF-M, there are only three. But Sigma only has four DC DN lenses in its whole lineup – 3 primes and a zoom. With Nikon Z being a full-frame mount, that opens up a lot more options!

Hopefully, too, Canon will change its stance on RF mount lenses, and we’ll see some of those coming at some point, too!