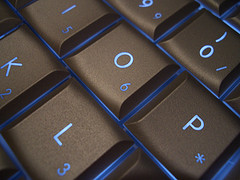 In my last post titled Everything You Wanted to Know About Camera Firmware I boldly stated that there is no such thing as camera firmware.

That statement raised quite a few eyebrows asking if indeed there was no such thing as Camera Firmware (as I boldly stated in the first sentence of the post).

After the dust cloud settled, I wasn’t sure myself, so I went to my Nikon and turned the menu on. Under the settings menu it definitely said "firmware version" so I wanted to shed a bit more light on the subject of camera firmware. (And send my apologies to the little boy from matrix who boldly stated that there is no spoon). [image by julian-]

Does firmware exist? Of course. Is it different from any other software? As the anon guy clearly put it "The definition of firmware is software that is stored in non-volatile memory".

Is firmware different from any other piece of software? Basically no. In practice, the programmers have to make sure it fits in a small area of memory in the camera, so the firmware is tuned to take little space.

Doug pointed out that "Processing for noise reduction is carried out by the processor, but the
noise reduction algorithm is indeed firmware/software and can be
improved by updated firmware" and that "when the Nikon D80 first came out it had issues with noise reduction
for long exposures. The issues were significantly improved with the
v1.0.1 firmware a few months later".

Doug is right – however, I do not believe the core algorithm was changed. What I think is more likely is that some of the parameters of the algorithm were changed. However, this is just my extrapolation, there is no confirmation for this from Nikon.

So let me rephrase my original statement, Camera firmware is just like any other piece of software, it can be tweaked, expended and sadly it may also have bugs, this is why we have firmware upgrades.

Will Olympus OM-D EM-5 Be The Next Camera To Get Community Firmware?

Dear Canon/Nikon/Panasonic Can I Use Custom Firmware With My Camera?