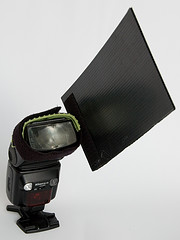 In the previous post I demonstrated my lack of patience by constructing a Honl Speed Strap, while waiting for my Amazon Honl speed strap to arrive.

In this post, I’ll show the accessories I built, and explain their various effects on a picture taken.

All my DIY accessories have real commercial products made by David Honl. While the lighting result is usually similar, I must say that Honl products look way more professional. (In fact they look professional enough that I bought some of them, even when I knew I can make them myself).

But, just before I go into the details of constructing and demonstrating the different accessories, I would like to highlight some of the comments on the original post, dealing with different materials that can be used to construct a better model of the speed strap.

German and Victor noted that one can use the back of a mouse pad or trunk mats for the anti slide part; Sean Sullivan noted that you can use Plastidip; James used Silicon and Josef Used Live Strong bands. Best of all Richard provided the true description for gaffer tape: “It is like The Force – it has a light side and a dark side and it binds the universe together”. Now on with the show:

Maybe the most powerful add-on to the strap is the snoot (Honl’s version). The snoot is a tube that makes sure that all the light from the flash is only going to a certain place and is not going anywhere else.

To make a snoot that fits the speed strap I simply built the foamy snoot from last year and added a Velcro hook side to the edge of the snoot. To understand the impact of the snoot add-on (and all the other add-ons), I photographed a model with no add-on and then photographed here again with each of the add-ons. (So, I had trouble finding a model at this late time at night – I photographed a Winnie the Pooh playball).

The first image is taken with a bare Nikon SB800. See how light is present all over the scene. The ball is illuminated to the right degree, and the backdrop is illuminated completely white. (Flash is set to 1/32 @ 105mm) 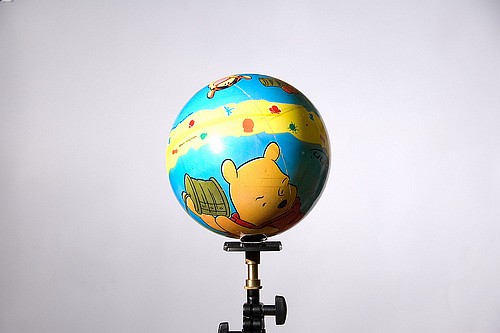 In the next image I added the speed strap and the snoot. See how the ball is illuminated almost the same, but the background is totally dark. 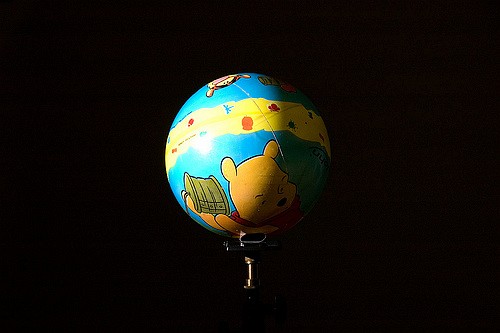 And this is how the flash looks like with the snoot on (top right corner). I used a different setup. Please forgive the non balanced exposure. 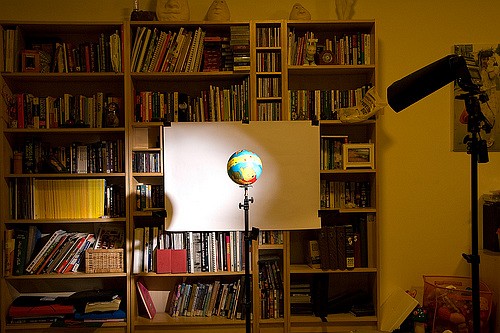 Next in line is the Gel Head (Honl’s version). The gel covers are also pretty easy to build.

You start with a Rosco sample Gel Pack and pick one of the gels. (The most common uses are for CTO [tungsten balance] and window green [fluorescent balance]).

Here is a picture of some of the gel pack. 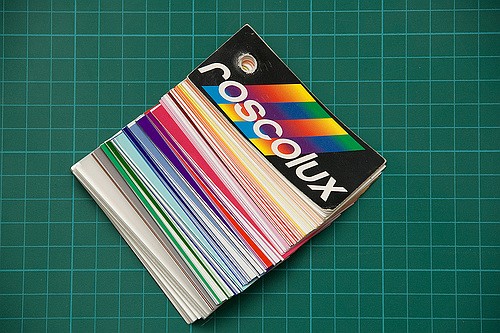 Now, simply attach two small pieces of Velcro (hook side) to each of the edges of the gel. See the picture. 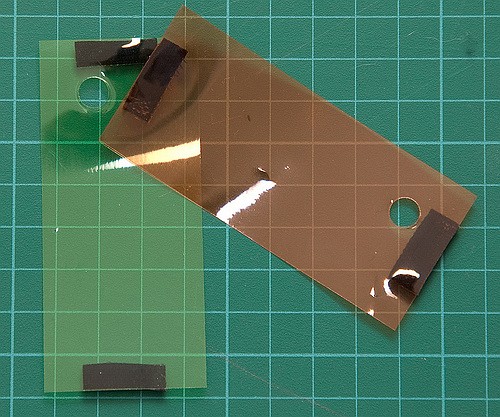 To demonstrate the effect of the gels I took two pictures. Both with the camera white balance set to “flash”. The first picture was taken with the CTO gel. 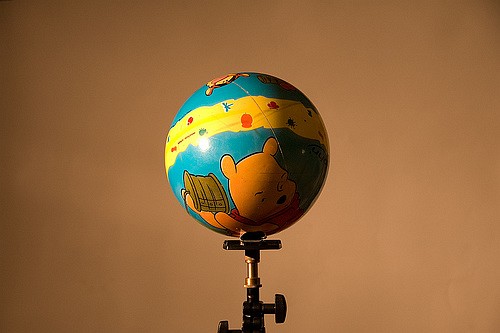 The second image was taken with a Window green gel. 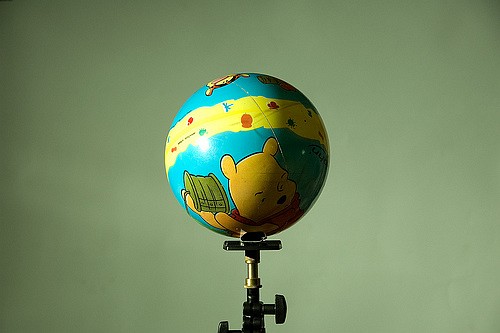 The nice thing is that you can combine the gel and the snoot to create a focused effect of a colored area in an image.

The last add on I would like to discuss is the flag (Honl’s version). The flag (AKA GOBO) is simply an opaque piece of material that prevents light to go to a certain place.

In this picture you can see the flash on the top left of the picture. 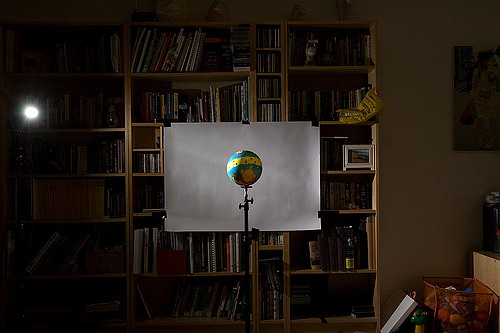 Here the flash is flagged and can not (or hardly) be seen. 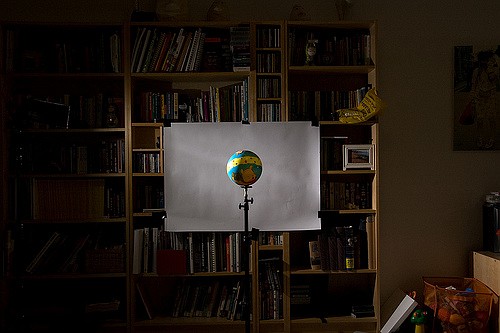 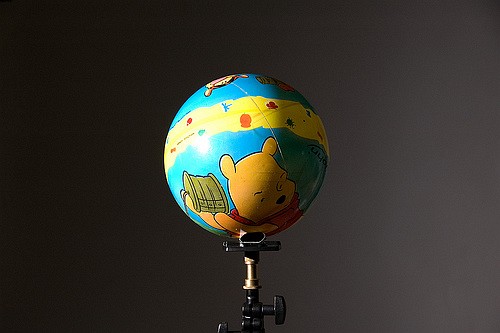 And this is how the flash looks like with the speed strap and the flag. Note how the light is blocked on half of the background. 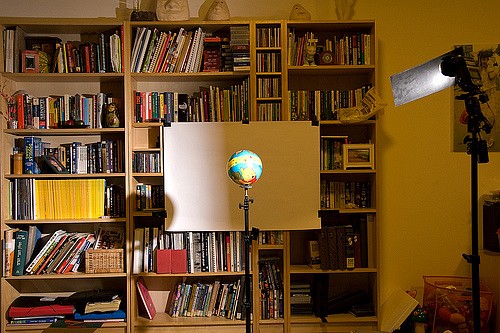 Again, the flag is not hard to build. I cut a 30cm X 10cm piece of coroplast and attached a hook Velcro on the edge of the coroplast card. 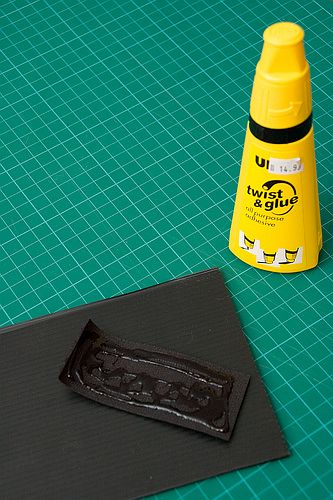 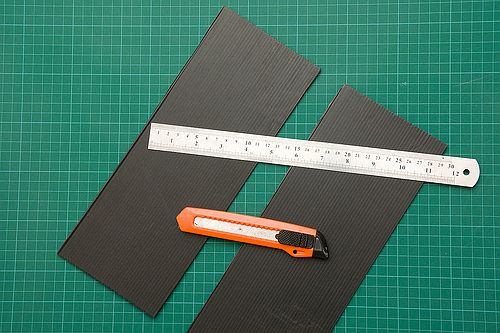 The only thing worth mentioning here is that after I used glue to attach the Velcro the little b—–d did not want to stay put, so I placed some heavy box on it until it dried. You can also see the leftovers from the silicon mat I used. 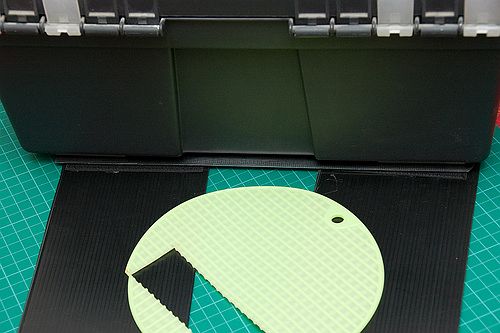 « Camera Firmware Exists
Having Fun @ The Pool #2 – What a Splash »