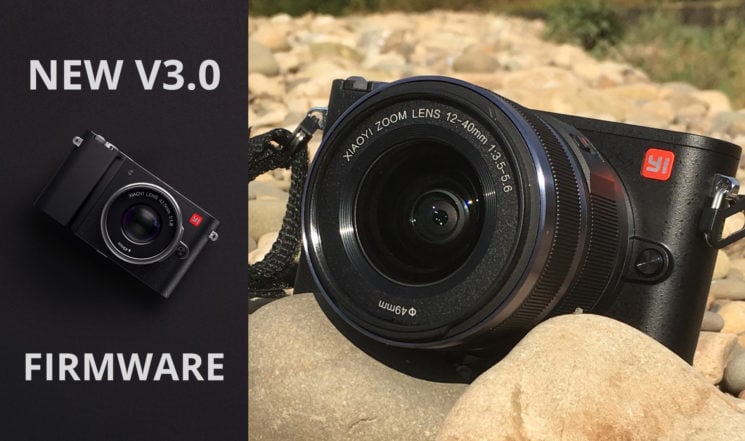 When YI sent us their new M1 mirrorless camera last year, we had high hopes. On paper, the hardware and spec looked very impressive. Once we got it into our hands, though, we were a little disappointed. It felt a bit hit and miss. In fairness, for stills photography, it wasn’t really that bad, as long as you were shooting in bright conditions. Even there, though, it lacked a little something.

Where it mostly seemed to fall flat were in the video and timelapse departments. The biggest issue being that there was no manual exposure control for either of these modes. Well, thanks to a new 3.0 firmware released a few days ago, the majority of the problems faced by the YI M1 seem to have been cleared up. 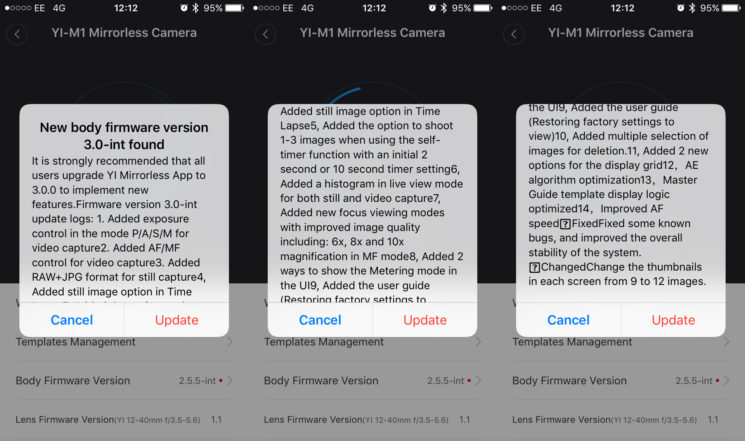 The official patch notes for the new firmware list a host of features M1 users have been asking for.

Those first four are some of the big deals that put users off buying the M1 when it was first launched a little over a year ago. Especially the one right at the top of the list.

Not having real control over the focus for video wasn’t too big of a deal, because you could always use a lens for another system with an adapter. I often use Nikon lenses and an adapter with Micro Four Thirds cameras, giving me full manual aperture and focus control.

RAW+JPG is huge for those wishing to shoot raw, but still post up sneak peeks to social media while still out on a shoot. You can also convert RAW files to JPG now within the camera, but this was not always so, and the mobile app didn’t support RAW files. So, if you wanted to upload to social media in the field, you were forced to shoot JPG only.

The still image option for timelapse is also a big deal for any serious timelapse shooter. Especially as it now offers full manual control as well. This means we can use it to grab the best possible quality of timelapse, then process and assemble on the computer once home, with full RAW capability.

A little further down the list, which is also huge for video people, especially, we see mention of the live histogram. There’s two different “live view” modes. One is for stills and shows the entire frame. The other is for video, and shows the cut down 16:9 crop when shooting 4K video. Both of these show the live histogram. The LCD also accurately reflects the exposure when changing settings shooting video.

The autofocus speed for stills shooters has also been improved somewhat. In our quick initial tests, even the 12-40mm f/3.5-5.6 lens seemed to lock on quite quickly, even in fairly dim light.

For existing YI M1 owners, you can download the new v3.0-int firmware on the YI Technology website.

The firmware on our YI M1 has now been updated and we’ve had a little bit of a play. It really feels like a whole new camera in many respects. So, keep an eye out for an updated review in the near future.

« Rylo shoots seamless 4K 360° video for $499, and you can edit them on your phone
This New Zealand timelapse odyssey was shot entirely with the new Sony A7R III »