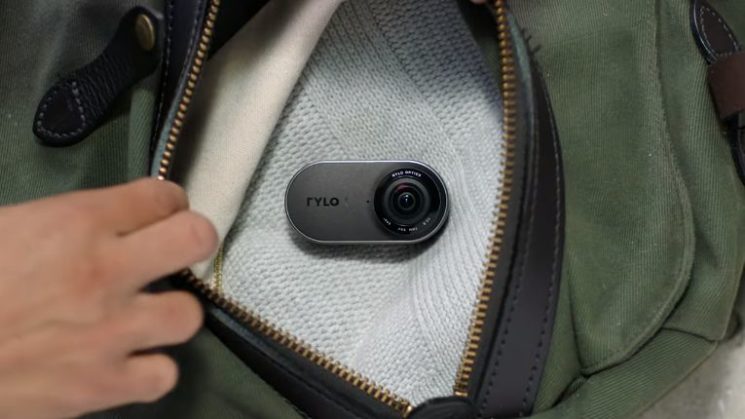 Rylo is a small, but powerful 360° camera with innovative software. It shoots seamless 4K video at 30fps and lets you edit them on your phone through Rylo app. We’re sharing more details, as well as the first impressions from The 360 Guy.

One of Rylo’s main features is the 4K video and seamless coverage. The camera features two lenses, each of them capturing 208° (equivalent to a 7mm wide-angle lens on a traditional camera). Thanks to these lenses, the creators promise seamless 360° video capture, and according to the sample videos – this really is the case.

Another prominent feature is cinematic stabilization.  The integrated horizon-leveling technology stabilizes the shots and, as I can see from the sample videos, does a pretty good job. You can see how it performs at 2:30 of The 360 Guy’s video, but not that the labels are misplaced: stabilized videos are above the non-stabilized ones.

As for the video resolution, I already mentioned Rylo captures 360° video in 4K at 30fps. But with the Rylo app, you can also create and share an HD video from the 360° footage. And since I mentioned sharing, the Rylo iPhone app lets you import, edit and share the videos from your phone, no matter where you are. There’s only iPhone app available at the moment, but the Android version is coming in 2018.

Note that Rylo camera is not waterproof. But, you can get a separate housing and use it underwater (or just in heavy rain). And finally, although this is the least important – I love the design of this camera.

Take a look at the more detailed specs:

When it comes to the availability, you can order Rylo directly through the company’s website. The iPhone version is already available and ships in 2-4 weeks, and the Android version is coming in early 2018. The price is $499. Make sure to check out the impressions from The 360 Guy and let us know how you like it. Would you buy this camera?

« Here’s what images from a $63,000 camera look like
Firmware update turns the YI M1 into the camera people hoped for at launch including manual exposure control for video »