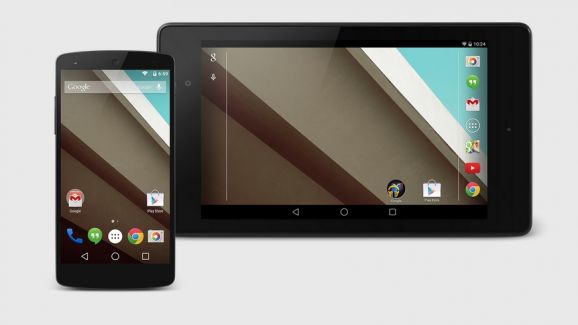 Earlier this month, Apple raised the bar for the iPhone’s camera when it announced iOS 8; the upcoming software is set to give iOS users features such as manual exposure, time-lapse photography, and more. With the passing of Google I/O just last week, we were introduced to Android L. After a weekend of coverage, it looks like Android’s camera is about to get a few small updates, as well…

Starting off, Android users are finally going to get DNG (Digital Negative Image) support. For those who don’t know what that means, it’s basically the digital equivalent of your photos’ negatives. This is something we only rally see in DSLR cameras; so the fact that we’re about to get support like this on our phone is huge.

They didn’t stop there, either. On top of DNG, we’re also about to get controls such as manual focus, color correction and frame duration in the upcoming update. With the API so open-sourced, already, the amount of development that can come out of this is crazy to think about. Apparently, the camera API itself will be a hell of a lot faster, as well; burst mode is being introduced as a first to the software, and it’ll be incredible if everything works the way its designed to.

The biggest problem with Android is the amount of development it takes to perfect the projects created on the platform. With how many devices Android encompasses, it takes a lot more effort to put together an all-around stable, trustable, and reliable software. So far, Google’s been doing great; ever since Android 4.3, the UI’s reached a level of sophistication that can be respected on the same level that a businessman would respect his Blackberry.

But then, with how many different markets are involved in the production of Android devices, things do get a bit more difficult when it comes to things like the camera software on each phone; My Xperia Z1 Compact, for example, is a great phone that processes its 20 Megapixel pictures a bit too harshly. So one thing I’m already hoping for here is that the software works fluidly. If DNG is being implemented in the new Camera API, then the app should be able to handle it and produce the results fast.

While there are amazing cameras out there today for Android phones, it’s great to see that the software itself is one step closer to the fluidity of the iPhone’s software. As a current Android owner myself, the one thing I miss about my iPhone 5 is how reliable its camera was. It’s time for Android to get the sophistication it deserves, as well.

Check out the full list of changes over at Geeknizer”>Geeknizer here.