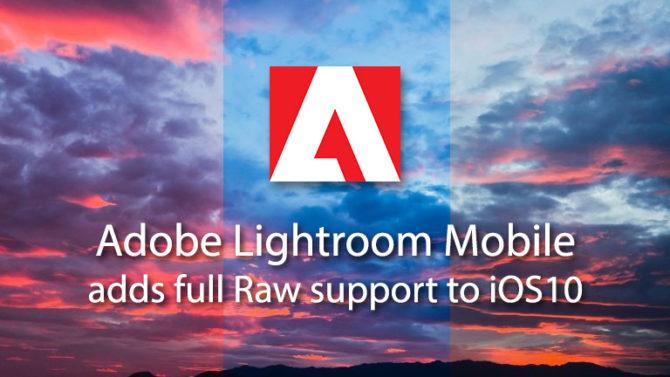 We knew it was coming. Adobe added raw support to Lightroom Mobile a little while ago for shots made with DSLRs. The newly released iOS10 also brings raw support to the iPhone’s built in camera. Although the iOS10 native camera app doesn’t yet support it, 3rd party developers have been quick to jump on the feature. So, it’s hardly surprising that Adobe are amongst the first.

There is a caveat, though. To capture in DNG raw, you will need a device running iOS10 that has a 12MP sensor. This list includes the iPhone 6s, 6s Plus, SE, 7, 7 Plus and iPad Pro 9.7. This means that 5, 5C, 5S, 6 and 6 Plus owners are going to be out of luck, despite being able to run iOS10. This is a limitation created by Apple, though, so don’t give Adobe too hard a time about that.

Still, for those able to take advantage of it, it’s a great addition. It’s one that many users have been wanting for a very long time. Android users (at least ones with compatible devices) have had this ability since February.

Sure, some of you may be thinking “What? It’s just a phone. Why the hell would you want raw?”

For me, the biggest reason is white balance. If for nothing else, I’m sick of the camera being confused under indoor lighting conditions. Even for quick snaps I find it really annoying as it often screws up. For context, I’m using an iPhone SE, which was Apple’s most recent device until a few days ago. Outdoors, it’s often perfect. Indoors, not so much.

I also use my iPhone for location scouting and behind the scenes shots. In the middle of the woods with brown trees, green leaves, and all manner of colourful plants reflecting different coloured light at you, it can throw the camera way off. So, yeah, for me, being able to adjust the white balance without losing information is a biggy.

But there are many photographers out there who use their iPhones for more serious stuff. Sometimes it’s the only camera we happen to have with us when we see something we absolutely must shoot. While a phone may not give us the quality we can get from a DSLR, does that mean we shouldn’t even try? 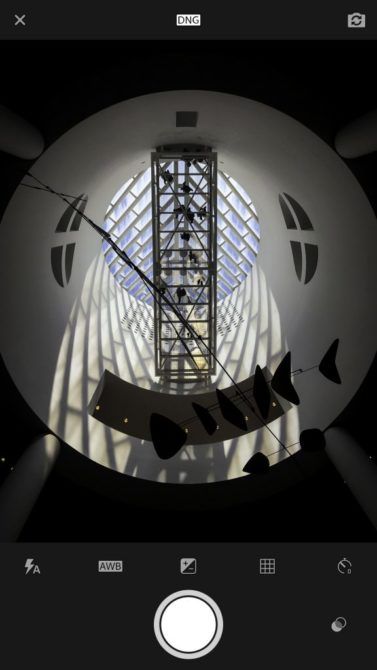 In addition to offering the DNG format, Lightroom for iOS 2.5 also adds support for Apple’s new wide gamut P3 displays. These are found in the iPad Pro 9.7 and the new iPhone 7 and 7 Plus. These displays offer 25% more than the sRGB colour space. So the colour you see really should be the colour you get when you send to desktop or print.

To download the latest update, you can hit up the Apple App Store, or just check the App Store updates from your iOS device.

Have you updated to iOS10 yet or are you waiting until the public beta testing has finished? Have you checked out the new raw camera features of Lightroom Mobile? What do you think? Do you even want raw features on your phone’s built in camera? Are you upset that Apple won’t let you shoot raw with your 5/5c/5s/6/6 Plus? Let us know in the comments.