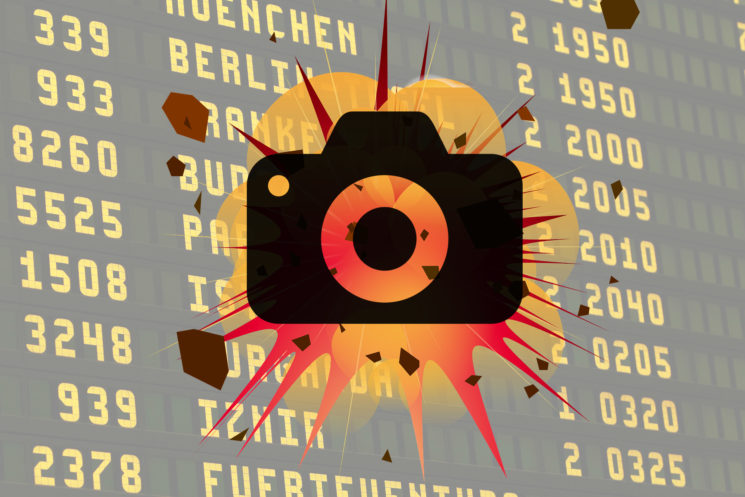 On Friday, 10 November, the passengers at Orlando International Airport were in a panic after hearing what appeared to be a loud gunshot. As it turned out – it was actually a camera lithium ion battery that overheated and exploded in a passenger’s bag.

After an investigation, the Orlando Police Department announced there was no danger for the passengers and the airport staff. Still, the explosion caused panic and fear, as well as dozens of delayed flights.

As WFTV9 writes, the incident was first reported just after 5 p.m. After this, a ground stop was issued and numerous flights were held. Thousands of people began to panic and rushed out of the airport. One of the passengers tells WFTV9 that people were screaming and everyone “hit the ground and people were basically running over each other, trampling each other.”

After investigation, it has been determined that a lithium-ion battery inside a camera overheated and exploded. As a result of the incident, a ground stop was issued and a number of flights were held. Passengers have been allowed to reenter and checkpoints have reopened.

ALERT: There has been NO shooting at Orlando International Airport. There was a loud sound that startled people, but no shots fired, no danger to public.

After the authorities confirmed there was no danger, the checkpoints were reactivated. However, everyone who evacuated from the airport needed to go through security screening again. As a result, there were unusually long lines at the security gates. At least 27 flights were diverted and 24 were canceled.

I have never seen OIA this packed. @WFTV pic.twitter.com/VGchhsqx5z

There have been different attempts to enhance the security measures, none of which was very favorable for photographers. They went from making them put the electronics in the checked luggage, to scanning the cameras separately. The latest proposition is the reverse from the initial electronics ban, and requires passengers to keep the cameras in the carry-on to prevent explosions.

After the incident at Orlando National Airport, a Twitter user asked Orlando Police Department if the camera was in a piece of checked luggage. They said “no,” which means it was in the carry-on. This would be in accordance with the latest FAA’s proposition, but still – it didn’t prevent the battery from exploding.

Although there was no real danger and no one was hurt, this shows that the safety concerns may actually be justified. But, it also shows that putting the Li-Ion battery in the carry-on sometimes isn’t a good idea either. I guess this opens the door to new and possibly even stricter security procedures concerning electronics.