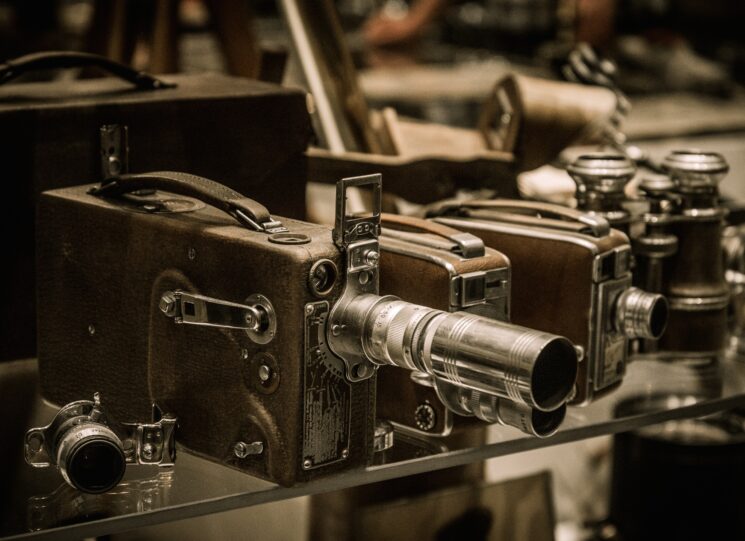 Being a camera enthusiast can sometimes land you in some hot water (and not just with your spouse when you’ve bought a new lens!). An American Airlines flight from Indianapolis was forced to take an emergency landing at New York’s La Guardia airport after a passenger reported “erratic and suspicious activity” of a fellow passenger when he pulled out a vintage camera mid-flight.

A woman sitting across the aisle from the man in question apparently became concerned when she spotted him looking at images of vintage cameras. Not recognising the devices, the woman’s suspicions were aroused. She raised the alarm when the man took out his own vintage camera mid-flight and started playing with it. Rather than engaging her fellow passenger in conversation to find out what the device was, she assumed the worst and reported it as a bomb, believing that he was setting a timer on the device.

The flight was forced to make an emergency landing whereupon the passengers were evacuated from the plane, and the poor camera enthusiast was immediately pinned to the ground by authorities. The man was later released with no charges following several hours of questioning and detainment, his luggage searched and what must have been quite a horrifying ordeal. The only ‘suspicious’ items found were a skateboard and other old cameras.

So the end of our flight got interesting pic.twitter.com/gdJSUUG906

This incident raises so many questions for me. Firstly why didn’t the woman engage the man in conversation first, he may have been more than happy to show her how old cameras worked. Did the flight attendants even question the man and try to ascertain what the object was? According to Quartz airline personnel are trained to deal with such situations and make reasoned assessments when passengers report suspicious behaviour.

“When a passenger voices concerns to me about another passenger, I get as much information about why, specifically, they are uncomfortable,” says Sarah Steegar, a flight attendant and a columnist at FlyerTalk.com. “[Then] I engage in conversation with the ‘suspicious’ passenger to gather information and feel out the person myself.” Clearly, that didn’t happen in this case, or the flight attendants were just as mystified by the appearance of a vintage camera.

Another baffling part of the story is that unless the man was somehow able to secretly hide the cameras inside his body cavities they must have already been thoroughly searched by TSA when he went through security. Any unusual looking device is almost pounced on these days by airport security, a musician friend of mine regularly has issues taking his double bass bow through (I guess you could poke someone’s eye out with the pointy end?) and incidents of lithium batteries exploding have in the past caused security alerts.

Authorities determined there was no criminality at play in an incident Saturday when a passenger was detained after reports of suspicious behavior, prompting the flight arriving at New York City's LaGuardia Airport to be deplaned on the tarmac.https://t.co/mtYxSEVfhH pic.twitter.com/Si3kzJYrfF

The culture since 9/11 of “see something, say something” has had a profound effect on how we view our fellow humans, particularly in high-stress confined situations such as on a flight. The US Department of Homeland Security defines suspicious activity as “any observed behaviour that could indicate terrorism or terrorism-related crime.” Perhaps the man’s English wasn’t very good, we have no information on how and why things escalated the way they did. Unfortunately “something suspicious” is rather ambiguous and in this case, resulting in a plane full of delayed and scared passengers, and an innocent man treated as a potential terrorist.

A penchant for vintage cameras is perhaps considered a dubious hobby for many of us, but it’s not a crime! At this point, we have no idea about the brand of camera involved in the incident, but airport personnel are staying focused.

Don’t get screwed: the emergency kit every photographer and videographer should have