Food has always been a favorite photography subject. In fact, it is probably one of the most photographed subjects in the world. This is why it is always interesting to see new angle on this chewed up subject (sorry, could not resist). 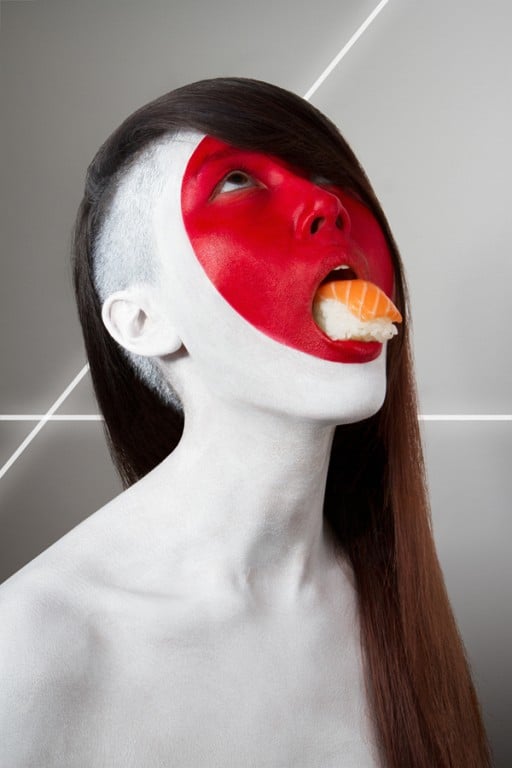 Fat Flag by Paris based photographer Jonathan Icher and makeup artist Anastasia Parquet is indeed a new angle on food. His series of poppy portraits is a combination of models body-painted with a national flag while eating a corresponding national food.

While Jonathan does justice both with the model and with the said cuisines, some of the portraits are somewhat disturbing.

We asked Jonathan about the make up process and he shared that all the bodies are 100% painted and there was no image processing involved. He also shared that It took 3 hours each to make France, Japan and Italy, and 6 hours each for the UK and USA.

Jonathan told us that his initial challenge was to make a portrait series involving food, specifically food in models mouths. Unlike the disgusted feeling you may envision, Jonathon wanted to make the portraits glamorous, graphical and colorful. 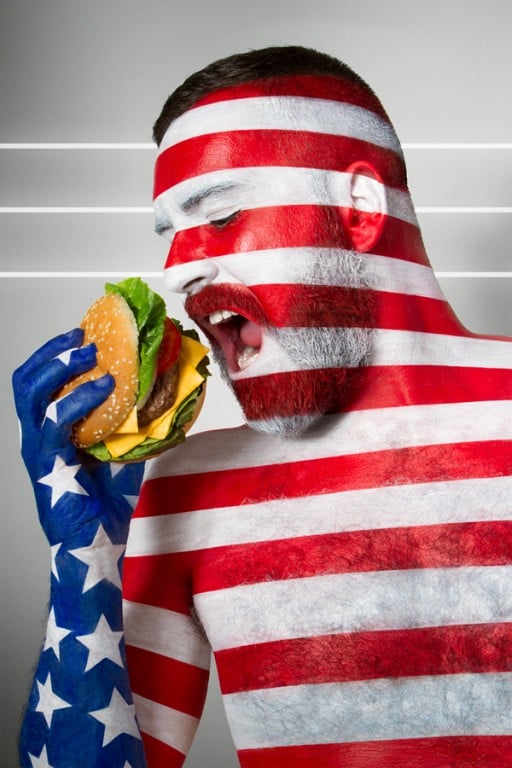 Driven by his love for primary colors and geometric shapes and inspired by pictures from the 80s and 90s, he chose five flags and five kinds of food. Food, like the flags was chosen based on graphical appearance so UK, for example, was associated with eggs and not with beans. (thank god for that).

When we wondered about the use of body painted models rather than actual flags, Jonathan explained that: Flags are not specially beautiful. When I see somebody with a flag print on their shirt, for example, I don’t  think it’s a beautiful pattern. It’s a symbol, rather than fashion. I thought it will be more impacting to use of this symbol on a body, like a tattoo. I wanted flags and typical national foods to become fashion accessories on a body, just like clothes or jewels. 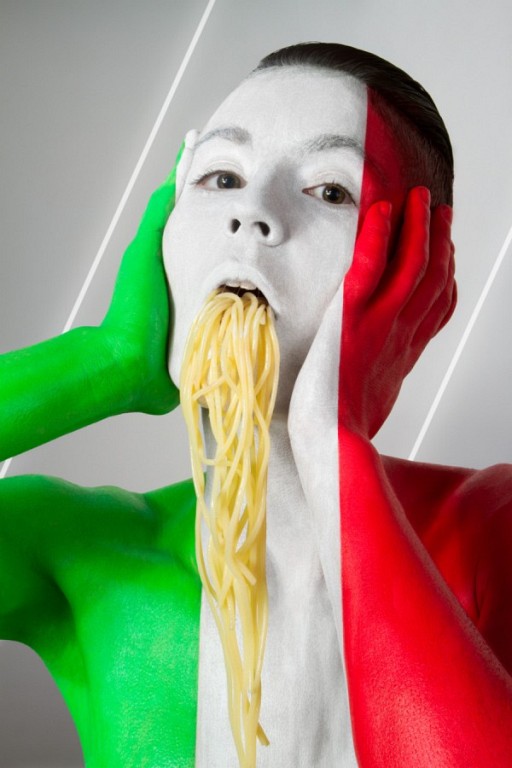 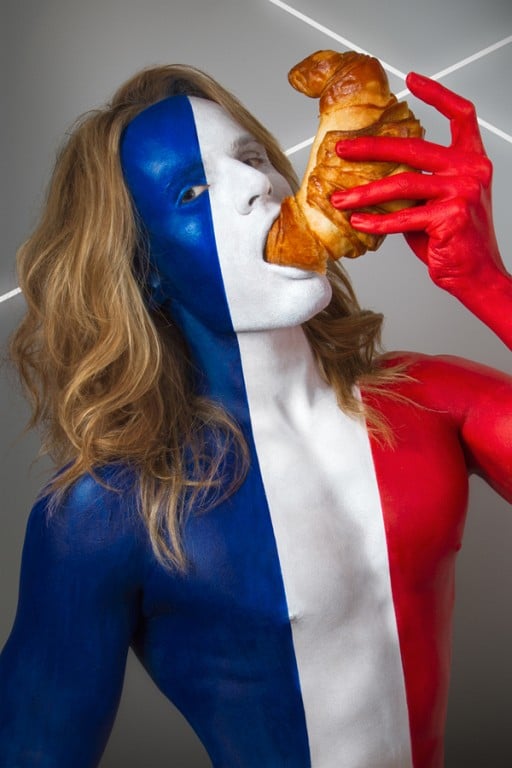 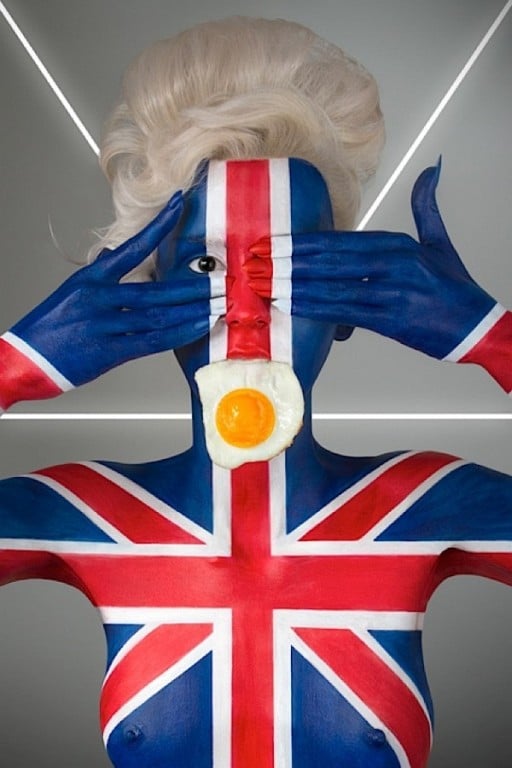