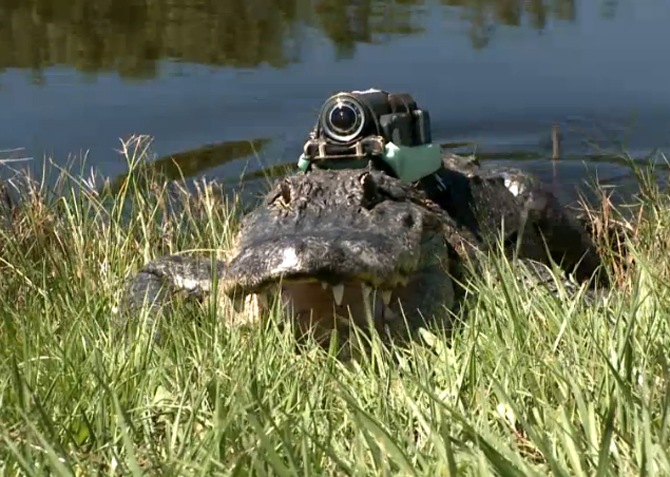 We’re all familiar with alligators and some people encounter them on a daily basis, but despite their healthy population and proximity to humans there’s a lot we don’t know about their feeding habits.

Thanks to National Geographic’s Crittercam, researchers from the University of Florida were able to get unprecedented access to the daily (and nightly) habits of wild alligators and watch them feed.

Much to their surprise, the POV camera also recorded a seemingly narcoleptic alligator.

Studying the alligators at several locations, including NASA’s Cape Canaveral and an adjacent wildlife refuge, the team attached the robust camera to the giant reptiles’ back using a custom made harness.

“We did get some hunting,” said Kyler Abernathy, NG’s director of research for the remote imaging team. “Now it’s not as dramatic as some people might want to hope. We didn’t see them taking down deer or wild pigs, but we got a lot of feeding on smaller animals”. 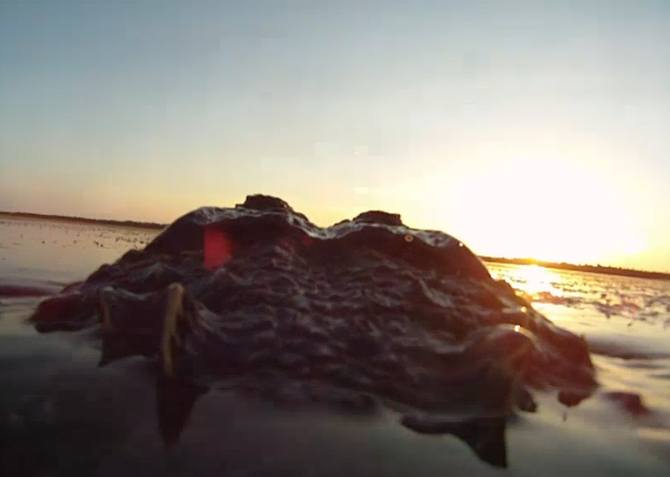 Abernathy went on to explain the importance of this footage and how it could help alligators:

“No one has ever documented in this level of detail the feeding rates of these alligators in their natural environments and there are apparently a lot of small items whether they’re little fish or frogs or some little items; sometimes we can’t tell but they seem to be eating quite a lot of small things and that’s important to know for their behavior and their ecology to understand their role in their environment and what they need to survive”.

Since alligators are cold-blooded and very patient hunters, the researchers knew they’d have a lot of slow-paced footage, but one video was beyond anything they had expected. One of the alligators, nicknamed ‘Stubby’ due to it missing a portion of its tail, suddenly tipped upside down and landed on the bottom where it stayed still on its back for a minute or so. The researchers believe he passed out due to the rough water conditions, but joke about it being narcoleptic.

This video project was the first study to document alligator feeding rates over the course of a day, National Geographic says, and is just another example of the amazing footage supplied by the Crittercam. 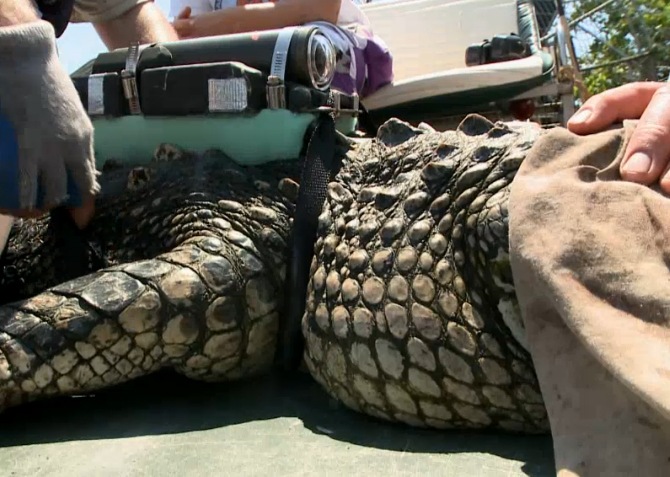 Many unusual moments have been captured by the custom made POV camera, including the first footage of underwater turtle interaction.

If a narcoleptic alligator isn’t funny enough for you, have a look at the winning photos of the inaugural Comedy Wildlife Photography Awards.