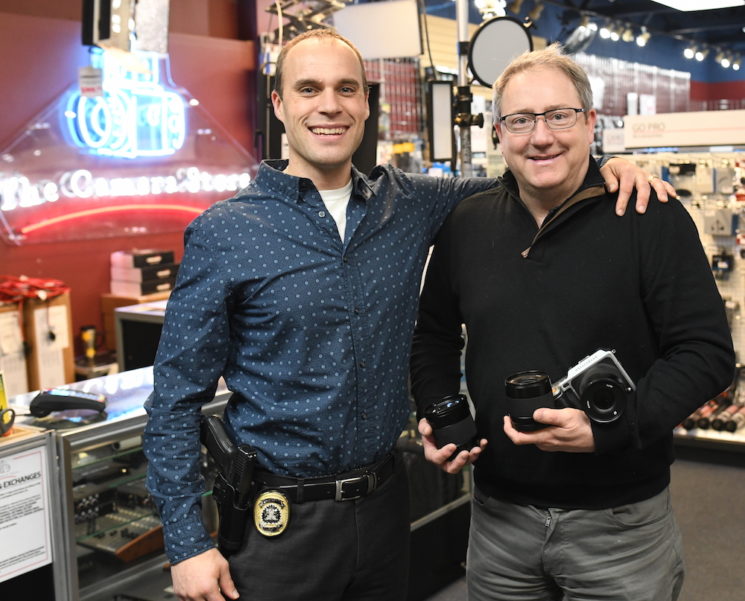 Hasselblad X1D and three lenses were put up for sale on Kijiji. As Evelyn Drake writes on The Camera Store’s website, multiple tips from the public led the police to the Kijiji listing. A police officer answered the listing and met two suspects at a Calgary mall. After confirming that the gear they were selling was the one stolen from The Camera Store, the officer took them into custody.

As the Calgary Sun reports, the two men charged with possession and trafficking in stolen property are 60-year-old Tan Bui and 36-year-old Justin Ross, both of Calgary. However, it’s still unknown whether they are also responsible for the break-in. Also, there is no information about the Leica M-P 240 Safari. The rare camera still hasn’t been found and returned to the store. But hopefully, it will be recovered soon.

As promised, The Camera Store will offer a $5000 shopping spree reward. They write on their website that, as soon as the convictions are made, they’ll contact the person who was first to inform the police about the stolen gear.