I offered our good friends to build a photo booth for their wedding to be held here in Berlin Germany. They had already been asking around and searching the web for a solution without any luck.

I immediately knew that I wanted to make a fun automated contraption that mimicked something from an amusement park, rather than just setting up a DSLR with an umbrella etc. as it needed to be something different that people would relax in front of and not feel intimidated by equipment. 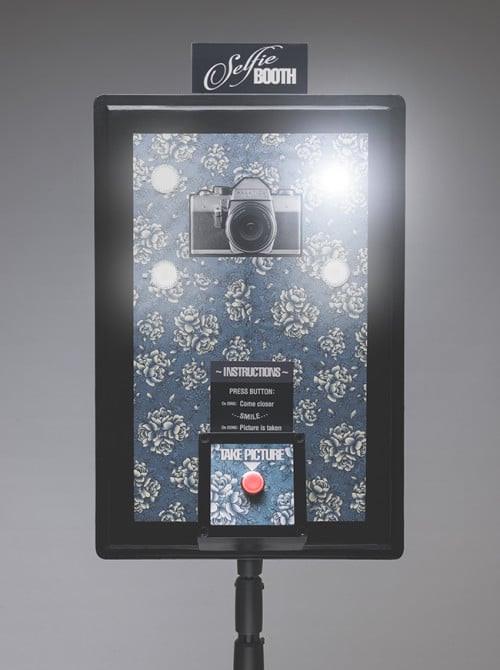 I also knew I wanted to use a camera with an extreme wide angle lens as it creates dynamic and fun images, plus it needed to be a rugged but highly portable solution that I could throw in a cab when going to and from the party. So the choice for integrating an action camera like the GoPro was given. 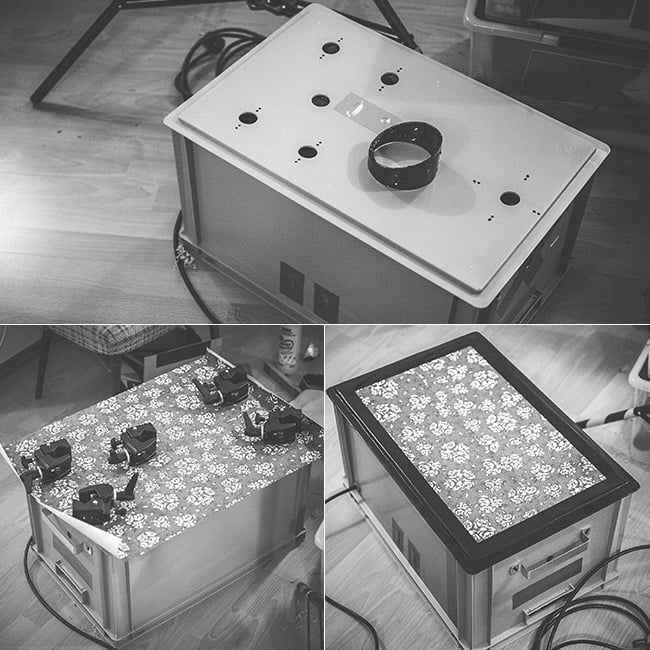 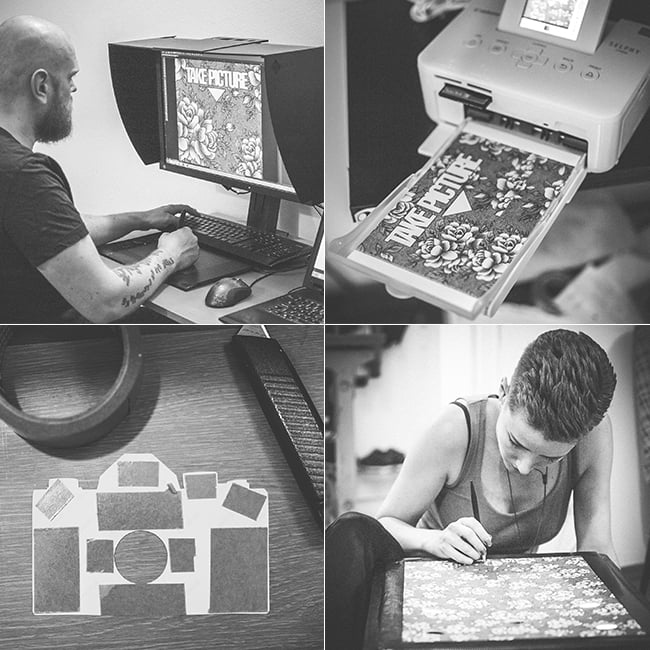 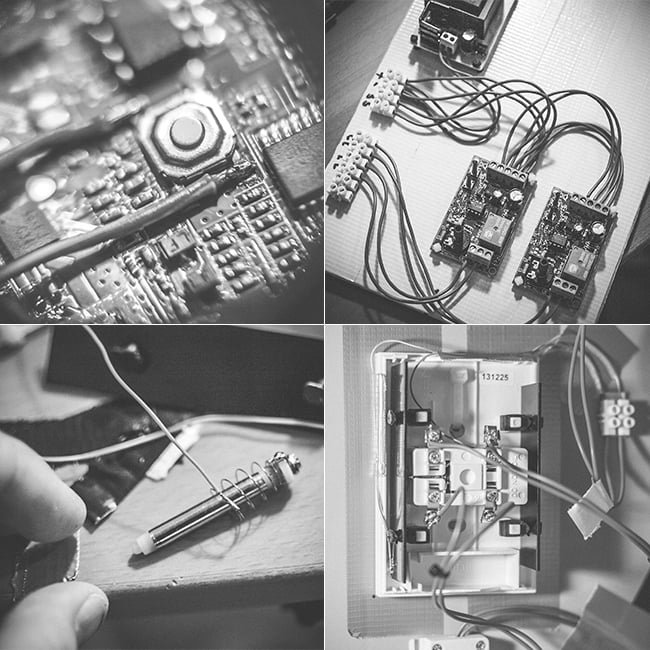 The GoPro camera (a HERO3+ Black Edition) is hooked up to a set of kit timer-relay circuits that also control the 12v LED lights (the booth is capable of operating in complete darkness) and an 8v two-tone doorbell for controlled audible feedback. It is important to note that the camera must be set to spot metering for a proper result with this lighting setup. 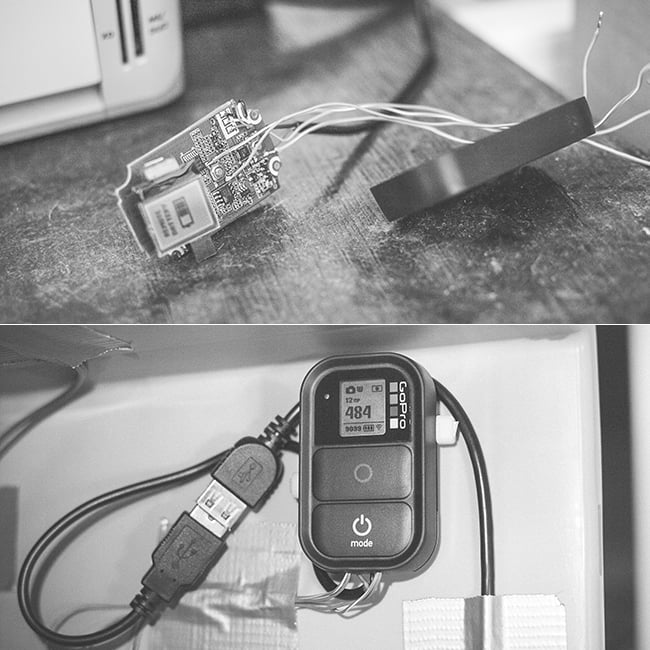 I trigger the camera using the WiFi remote which has several advantages: It is easy to hack without risk of destroying the camera and it may control several secondary cameras if you want pictures from outside the booth, different angles of the room, party etc. And as you may know both the camera and remote will operate (and charge their batteries) while powered by USB, making it an ideal setup for continuous use. 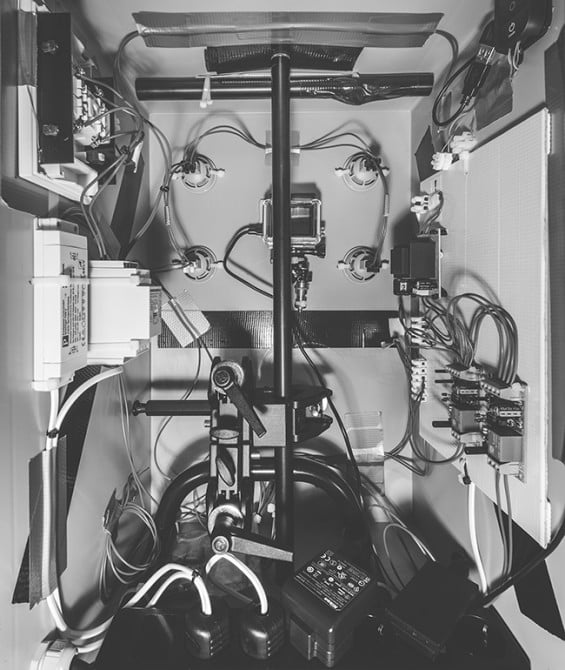 The remote only register shutter button-press impulses with a duration less than one second, and my timer-relay circuits had a minimum of one second switch intervals. So with only one day left until the wedding I decided to let the door bell act as camera trigger and rigged the electromagnetic hammer with a conductive surface that would short-circuit on it’s return, and that did the trick. 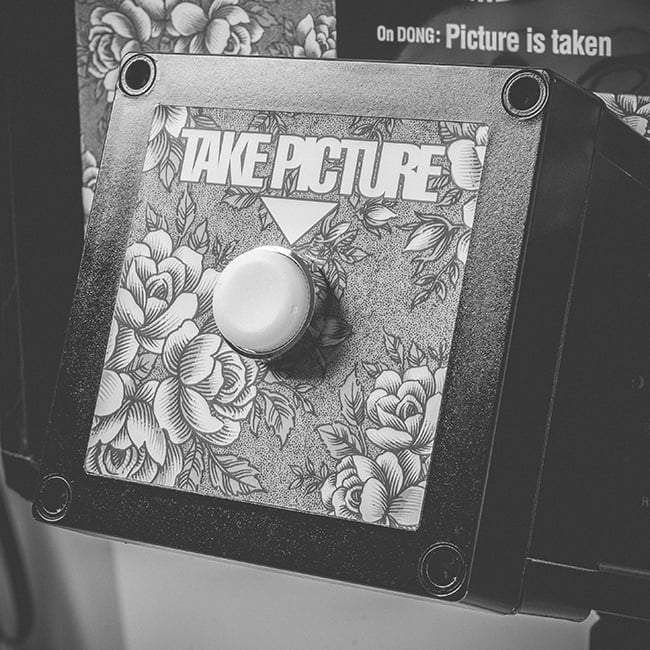 Here are a few images from the wedding taken with the “Selfie-Booth”: 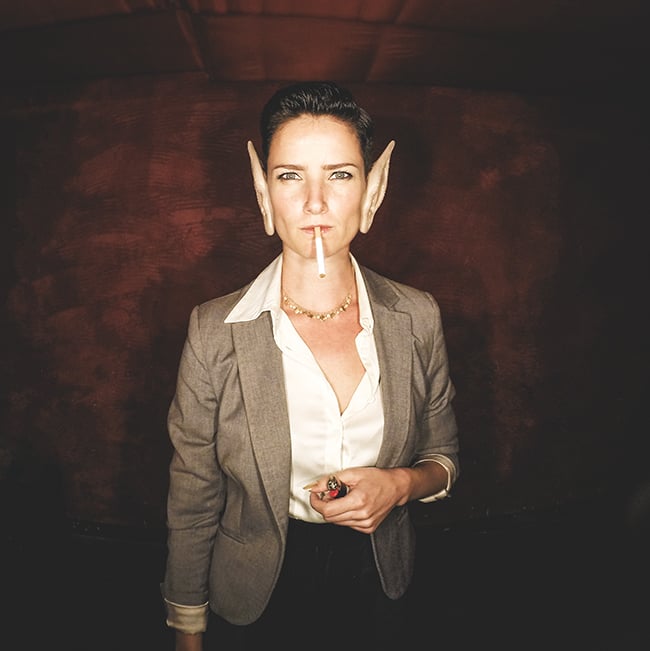 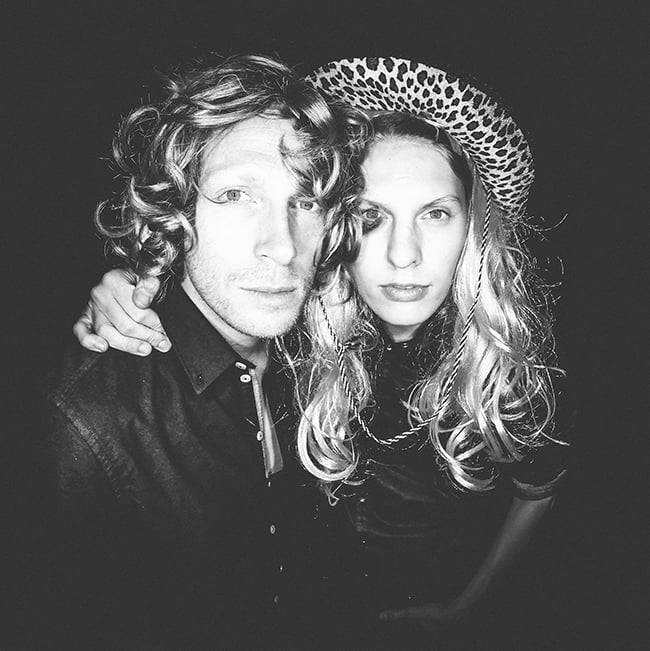 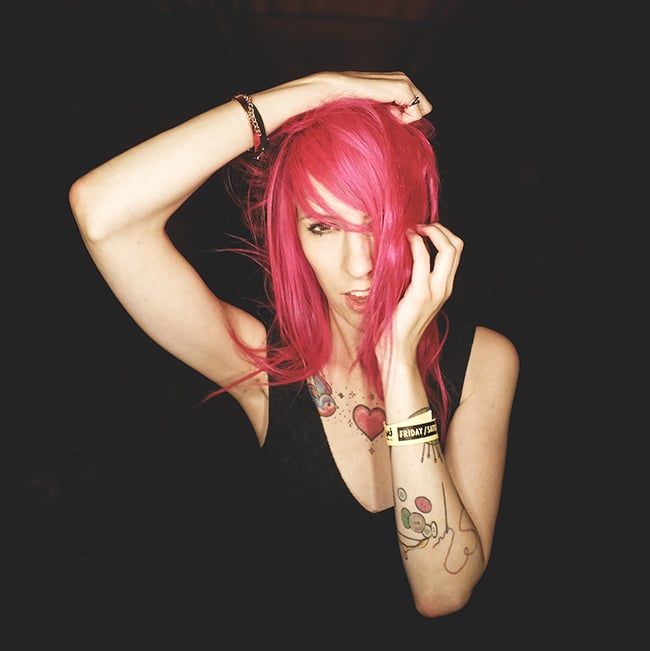 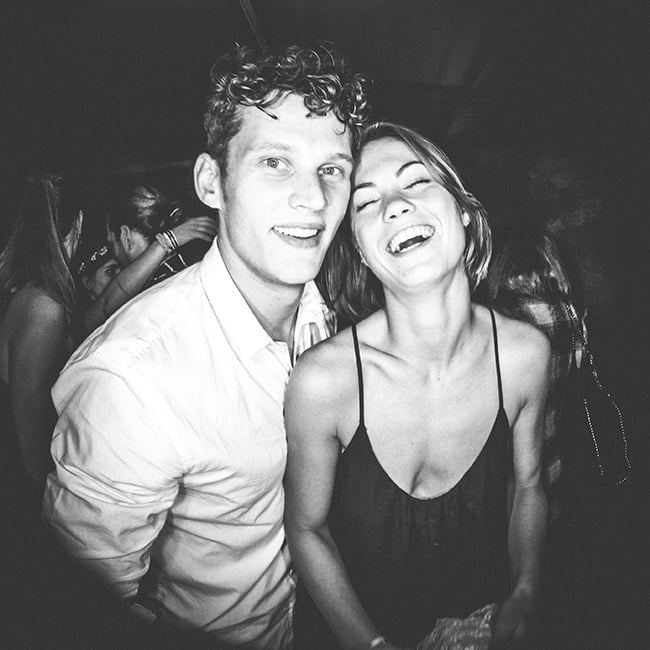 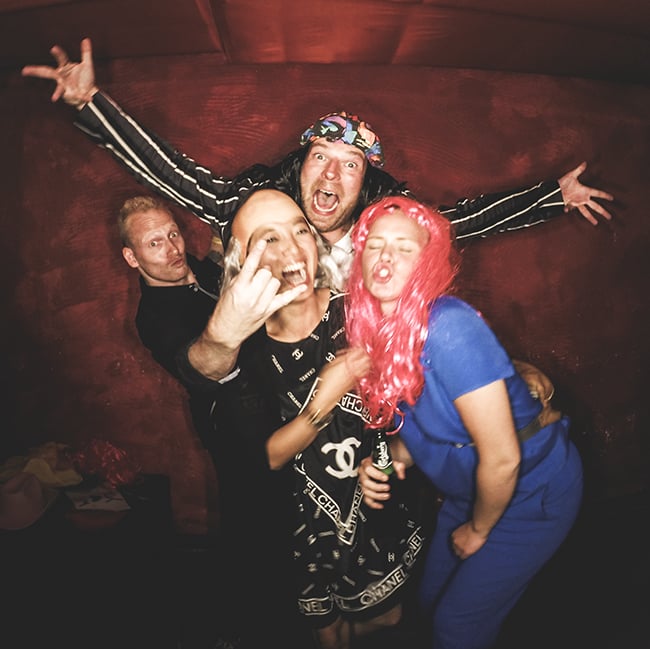 Pressing the illuminated industrial grade button (which can withstand rough handling by drunk people) will start the carefully timed sequence to reproduce the feel of a classic photo contraption. Pressing the button repeatedly during a running sequence is purposely ignored by the electronic circuits to prevent any interruption. 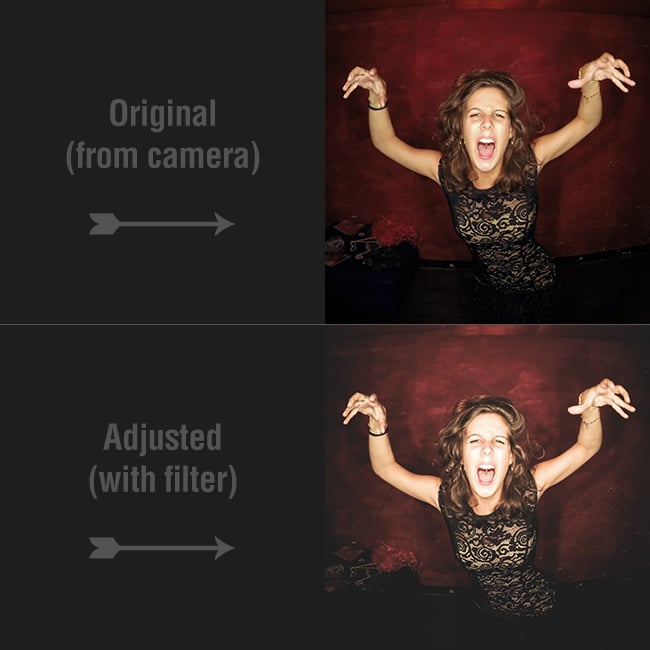 Here is a comparison with an image directly from the camera and one where I’ve added a basic filter. 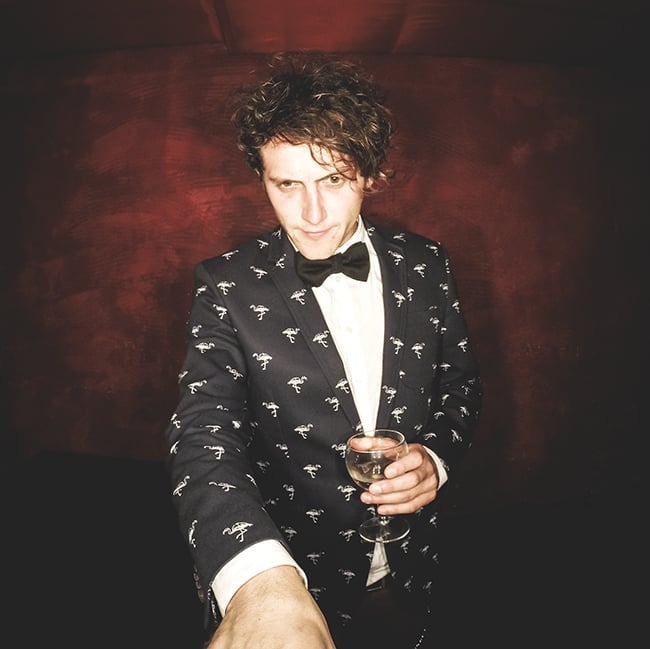 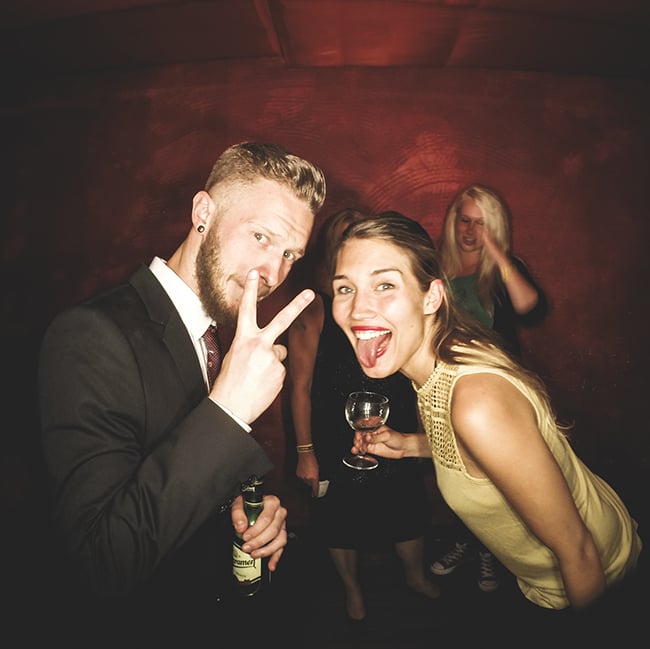 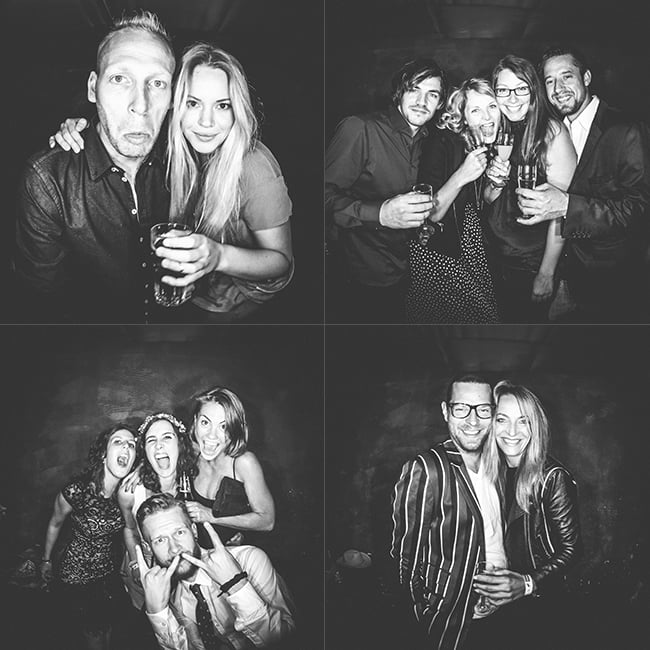 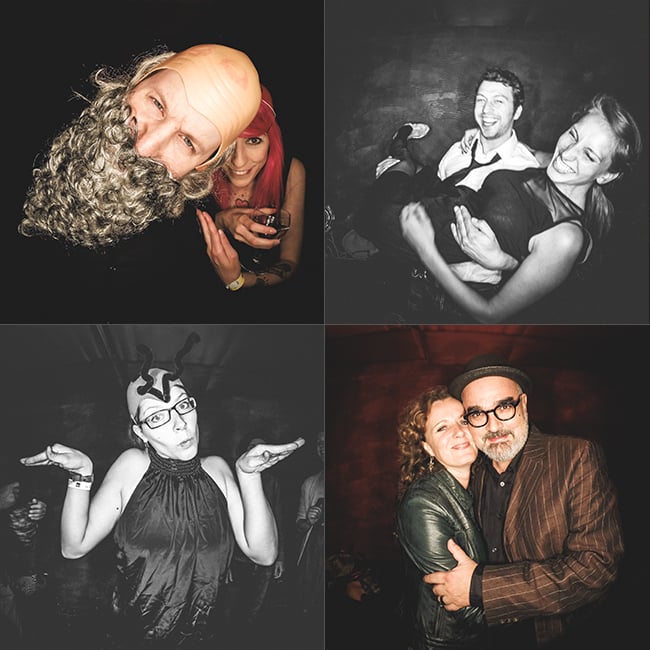 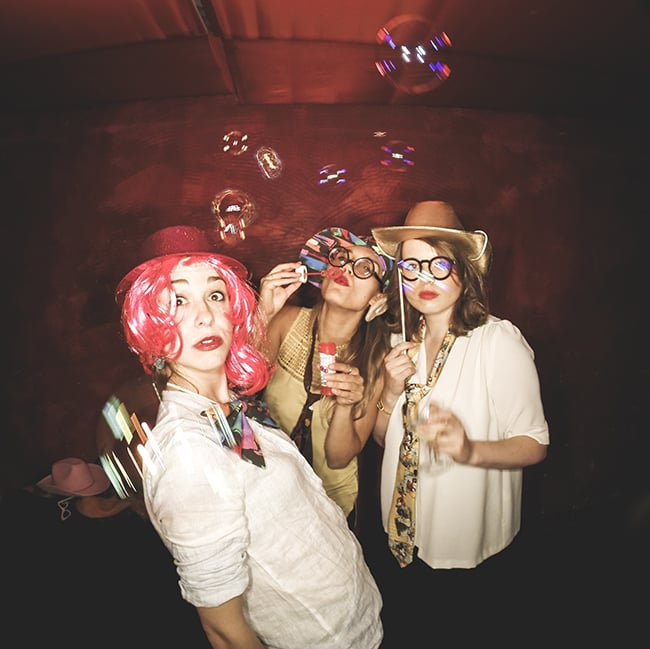 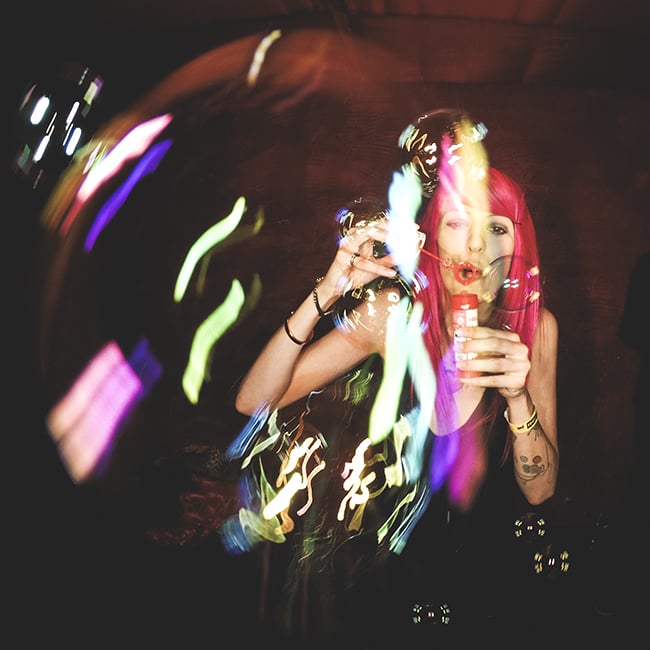 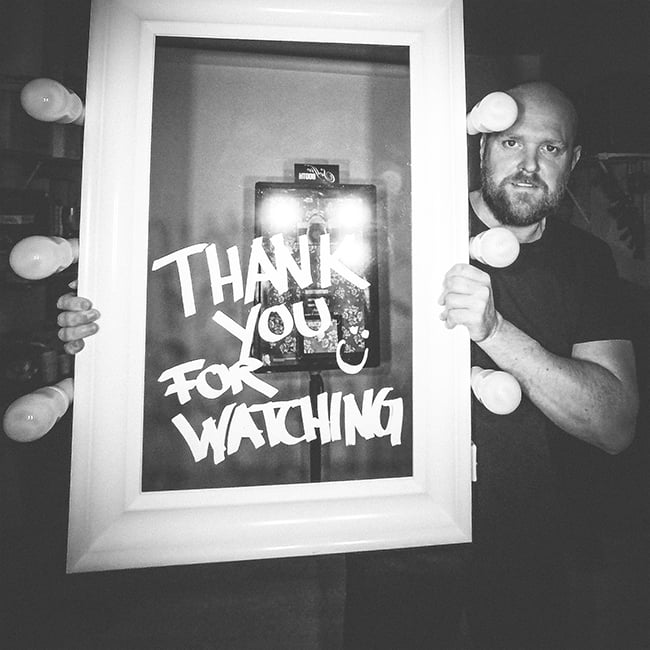 And of course a selfie-booth-selfie to end things in style.

The photo booth became a social meeting point at the party and were a big hit among the guests. I was asked several times during the evening by people wanting to rent or buy a photo booth, even before seeing the image results, because the contraption in it self worked so well they didn’t doubt the output. I prepared and transferred the
images to the bride and groom a few days later and soon after many of the guests were using the images on their facebook profiles etc.

Future enhancements (apart from tidy wiring and proper shielding) will include integrating a tablet and writing custom software to add filters with preview and online publishing options. Custom themes and materials for the housing to fit different types of events, parties and weddings is also an obvious playground.

I hope you enjoyed my little project and let me know if you have any questions.
Cheers
Lars

Lars Brandt Stisen is a Berlin based commercial photographer from Denmark, working in advertising and fashion with a background as software engineer and IT entrepreneur.

How to Take The Perfect Jump Shot With An Open Source Photo Booth
« Use This Simple Technique To Create The Illusion Of Different Spaces Using Only One Light
Quick Tip: Photographing a Reluctant Subject? Shoot From The Hip (Or From The Ear) »