Point Of View (POV) can be a major factor in storytelling. Finding new interesting points of view is not trivial, and every bit of innovation helps keeping viewres on their toes. This is why we got to hand it to Steven Prael for coming up with this cool GoPro rig idea that captures an orbital view of a scene. 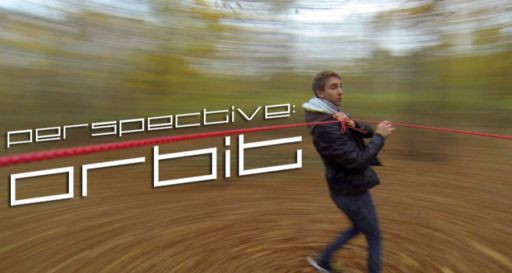 The idea in general is pretty simple – get a go pro on a rope and turn, turn, turn it around. But execution may be tricky. By building a simple rig Steven overcame two problems that has to do with spinning – The first is how to keep the camera facing the center and the second is how to reduce vibrations.

Both issues were dealt with by adding a small wing to the rig, creating a makeshift glider. Pretty clever. If you were wondering how durable a GoPro is just check out the failed footage at 1:10 and 1:20 .

Steven shares: In this short movie I’ve documented my attempt to create a new perspective for filmmakers. As you can see, we have rigged a GoPro to a sort of glider which is held up by two ropes and centrifugal power.

How to build a massive DIY orbital spinning camera rig

Building A Photo Booth Using A Gopro Camera, Some Led Lights And A Doorbell

« Sea Eagle Steals Camera, Goes Home, Takes A Selfie
What Happens When You Go Through An Upload/Download Cycle From Youtube 1,000 Times »