So, the rumors just got to a boiling point when GoPro decided to announce their GoPro 4 line. As with the previous GoPro 3 (and 3+) this line will have 3 cameras to choose from, each with different capabilities and price points: 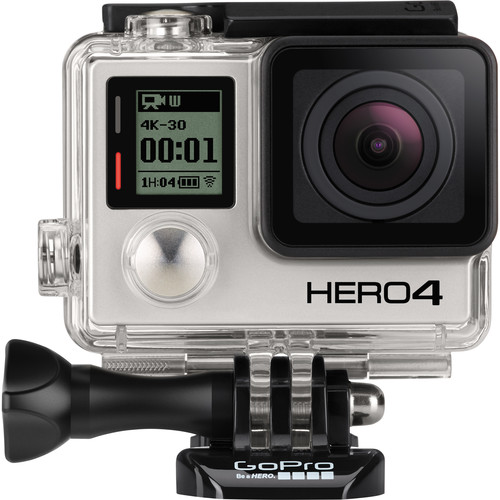 will be the top of the line with 4K video @ 30fps, 2.7K video @ 50fps and 1080p video @120fps.  This gives a pretty good balance between those who need resolution and those who need slo-mo. I am pretty sure youtube is going to change into smo-mo-tube over the next few months. GoPro claims that will kill rolling shutter.

While there is no touch screen on this beast, GoPro did try and make the life of their users a bit easier by adding bluetooth and improving their menu system to tweak settings. (If you ever tried the two button menu system on a gopro, you know how frustrating it can be). They also doubled the wifi speed so you can better monitor and download movies faster.

(oh, yea! battery now goes on the bottom like it should in a camera)

Street Price would be $500 starting Oct. 5th (yup, look like they are targeting Christmas). My birthday is October 10th, if anyone was wondering. 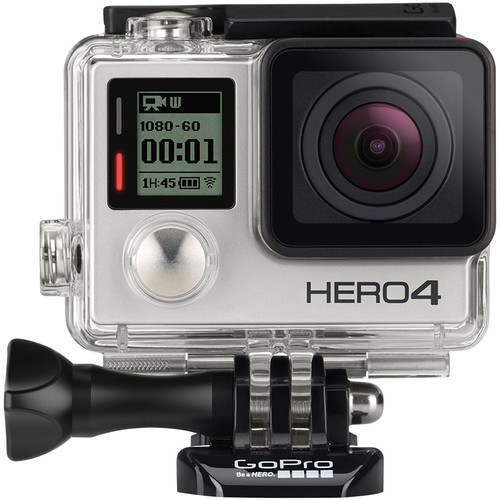 The Hero4 silver trades the high-res/high FPS of the Black edition for a touch screen. Finally, composing is an option with a GoPro.  While this camera sports the same connectivity, the video took a mark down and will do 2.7K @ 30fps, 1080p @ 60fps and 720p @ 120fps. Still a slo-mo heaven. 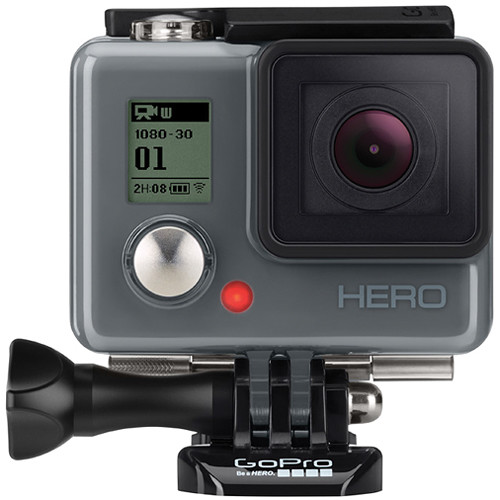 Last on the hero4 family is a camera simply called Hero. It is a GoPro for the masses, at only $130. Video performance are lower: 1080p and 30fps and 720p at 60fps kinda like the older models and there is an unremovable waterproof case.

Here is the thing though, this camera will only cost $130.

Here is the promo that GoPro put out, kinda makes you wanna go out and get one right now.

This little action cam is a GoPro on a budget

« Quick Tip: Photographing a Reluctant Subject? Shoot From The Hip (Or From The Ear)
“Knock Knock”, an animated love-story spread over 14 displays »